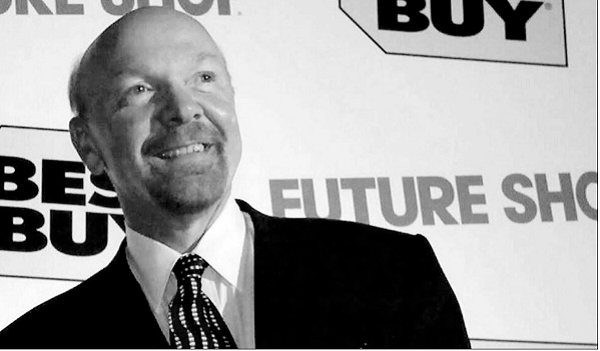 Richard Schulze, the co- founder of Best Buy Co. (BBY), has offered to buy the company and this way make it private. It would be the fourth-largest U.S. retail takeover in the history. Richard Schulze remains the electronics chain’s main investor. He has sent a letter to the board with a purchase proposal of $24 to $26 a share, thus he valued the company at $9.5 billion including net debt.

Richard Schulze offered to make the company private after a few months of his resignation as the chairman. According to Best Buy’s executive, the offer will be considered, but it has been called “highly conditional” though. Moreover experts are skeptical whether Richard Schulze would get a deal signed because of the opening offer of $24 to $26 a share. Schulze already owns 20 percent and he is believed to team up with private-equity firms to buy out the company.

However these days Best Buy, the Minneapolis-based company, struggles to stay in the game as more people buy their electronics online. In March the company announced it would close up to 50 of its big-box story, fire 400 workers and downsize other locations as well. According to data, Best Buy noted a 26 percent drop in the company’s fiscal first-quarter profit. The company has to struggle with online competition such as Amazon or Apple’s own stores. Moreover the company’s reputation was at stake after information regarding inappropriate relationship between CEO Brian Dunn and a female employee. Dunn was fired.

Richard Schulze will invest about $1bn of his own money into the bid. According to Credit Suisse Group AG, Richard Schulze’s financial adviser, the co-founder of the Best Buy will be able to obtain financing for the offer. The offer, made by him public on Monday, is at least 36 percent higher that the company’s closing price on 3rd of August.

The future of Best Buy

Michael Pachter, a research analyst at Wedbush Securities in Los Angeles, believes that banks and equity firms are aware of uncertain future of Best Buy, so it may be difficult to obtain financing the buyout deal. Private equity firms will probably require a return on investment of at least 20 percent a year, which is highly unlikely if we take into consideration the online competitors of Best Buy.  Pachter said: “It’s not like the Internet will go away. I don’t think people are going to line up to invest.”

Probably a long negotiation is ahead of Richard Schulze. And even analysts are uncertain about possible outcomes of trade negotiations. Brian Sozzi, chief equities analyst at NBG Productions, informed: “The unwillingness of Best Buy’s board to cooperate — hence the decision to go public with the offer — signals a long, drawn-out process that is no slam dunk of being completed.”

Neslon admitted that gasoline, travel, food courts, and business centers performed exceptionally well, adding to the overall profits. The retailer hit an all-time high when it came
30 mins ago

Musk has been critical of Twitter’s free speech policies as he believes the social media giant is “the de facto public town square.” When the Elon Musk Twitter deal was annou
30 mins ago