Richard Hennessy. The Cognac for Connoisseurs. 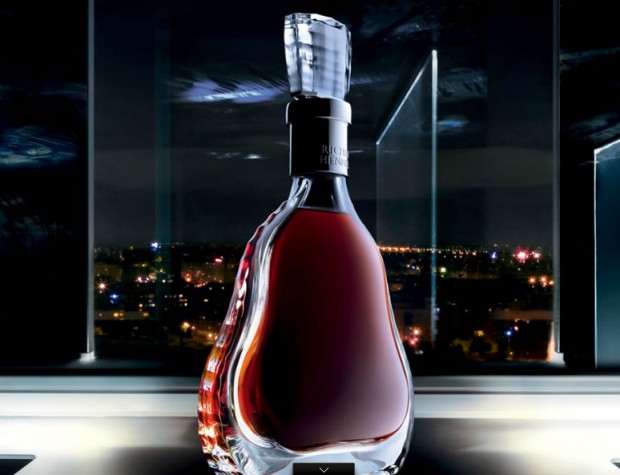 Richard Hennessy: The Cognac for Connoisseurs

Exclusive, luxurious and very much desired, Richard Hennessy is the finest Cognac under the Hennessy brand.

Originally known as Jas Hennessy & Co., the Hennessy brand was founded by Irishman Richard Hennessy in 1765 in France.

Richard Hennessy’s popularity is marked by the super smooth blend of uniquely congregated 100 eaux-de-vie mellowed to their fullest for hundreds of years.

In its strikingly designed bottle, the perfectly matured Richard Hennessy, Hennessy’s ultra-luxurious rich blended wine, is definitely a choice of the liquor connoisseurs. And lists among the World’s most luxurious Cognacs along with other grandly flavored Cognacs; Henri IV, Remy Martin and Jenssen Arcana to name a few.

The secret of this royal treasure by Hennessy ?

Well, Richard Hennessy is perfectly balanced and measured, its richness being derived from a succession of aromas and flavours developed over several years: vanilla, spices, pepper, apricot, prune and delicately fragrant flowers. Hennessy’s carefully distilled texture releases a unique course of flavors that mixes spices, the delicacy of oak and hidden aroma of ripe fruit counts for it’s extremely rare taste and experience.

The flavor says it all, and the design enhances the extraordinary nature of this much-loved cognac. The carafe’s impressive form is made in pure, hand-blown crystal by the most skilled glassblowers at Baccarat. Hennessy’s decanter is special, numbered and facetted. The Richard Hennessy masterpiece comes in a stylish gift box created from the finest ash and covered with 14 layers of lacquer to increase its subtle-royal beauty along with its flavor, requiring thirty hours of craftsmanship further.