Rich and Successful: The Age of Young Entrepreneurs

5 Must-Do’s For Any Entrepreneur To Be Successful 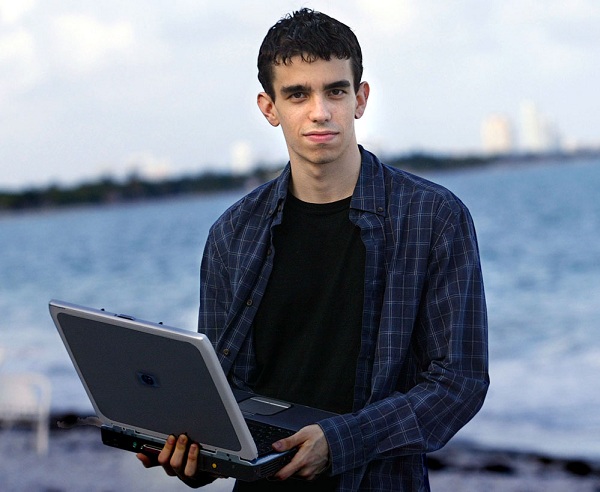 You know it’s big, truly big, when you are on every newspaper known to mankind, on every single magazine subscription picked up by successful entrepreneurs and you also possibly make entry into Hollywood. But the important thing is ‘how would this happen?’ Well, the big deal in becoming rich and successful (especially when you are young) to dedicate your time and effort sincerely.

All that is required is a lot of hard work along the way. There might have been some late nights, and lots of tears and sweat, because we know achieving success requires so much. But when we look back on it we do think that it could have been surprisingly easy. We possibly could do it all again.

Mark Zuckerberg is an American entrepreneur and the co-founder of Facebook, the social networking behemoth. At 27, Zuckerberg is currently the CEO of Facebook. Hailing from White Plains, New York, Mark Zuckerberg began his programming at an early age back in middle school and it looks like that really paid off. The Harvard student Mark Zuckerberg didn’t intend for his page to go beyond Harvard, but he soon recognized the demand of being able to connect with college friends. He brought aboard his roommate Dustin Moskovitz and later classmates Eduardo Saverin and Chris Hughes, after they began enlarging Facebook to other universities like Dartmouth, Stanford, Yale and Columbia. In September 2006, Facebook opened the floodgates to the general public. As of 2011, a business magazine reported that Mark Zuckerberg had an estimated $17.5 billion as personal wealth, making him the world’s youngest billionaire.

Alexander Levin is one of the co-founders of the very popular image storing website ‘ImageShack’. Starting the website back in 2003 after coming up with the concept in high-school, it is now one of the largest images hosting websites in the world. Alexander Levin created the idea for ImageShack, an image sharing site, when he was 17. Alexander was not alone in the creation of ImageShack and if it hadn’t have been for his older brother Jack, he might never have gotten the website onto the server! I must say, well done boys! Levin definitely has devised ways to be instantly rich, racking up a huge $56 million fortune along the way. Well, he has surely been listed in the list of young millionaires.

Blake Ross is an American software developer, known best for his work with Mozilla Firefox. At the young age of 25yrs he has been able to accumulate a total fortune worth $150 million, another Young millionaire on the list. Blake Ross is most well known for co-founding the Mozilla Firefox project with Hyatt, as reported in industrial magazines. While interning at Netscape, Ross became disenchanted with the browser he was working on and the direction given to it by America Online, which had recently purchased Netscape. Ross and Hyatt envisioned a smaller, easy-to-use browser that could have mass appeal, and Firefox was born from that idea. . In 2005 he was nominated for the wired magazine’s top ‘Rave Award’ opposite some very popular names including Larry Page and Jon Stewart.

Matthew Mullenweg is the founding developer of WordPress. Matthew Mullenweg left CNET Networks in late 2005 to found a company called Automattic, which is the secret force behind WordPress.com, Akismet, Gravatar, VaultPress, IntenseDebate, Polldaddy, and more. Though Automattic was Matthew’s main focus he also advised and invested in startups through his company Audrey Capital. Automattic’s sites reach over half a billion people every month, making it one of the largest sites with the smallest team in the world. At the age of 26, Matthew Mullenweg has managed to become a young millionaire with wealth not less EUR 40 million (USD 400 million).

He co-founded YouTube. Hurley worked at PayPal and talked up the idea of a video-sharing site with two coworkers, Chen and Karim. In February 2005, Chad Hurley and his team started YouTube. YouTube quickly became one of the web’s fastest-growing sites, and was ranked as the 10th most popular website just a year after its launch. There are reportedly 100 million clips viewed daily on YouTube, with an additional 65,000 new videos uploaded every 24 hours. Hurley currently serves as Chief Executive Officer and was voted 28th on Business 2.0 magazine’s “50 people who matter” list in 2006. Chad Hurley managed to become a young millionaire at the age of 30, with total wealth of $300 million.

Dhwani Shah
« Are You A Leader Or A Follower?
Verizon, Redbox to Start New Video Streaming Service »
Leave a Comment
Close