Revolution at JPMorgan as It Looses Co-COO Bisignano 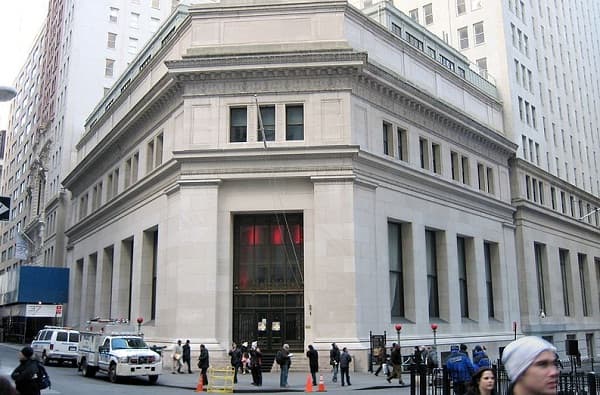 It was also announced by Chief Executive Officer James Dimon that Mr. Bisignano was departing from J.P. Morgan Chase & Co. on his own accord and was slated to take over as Chief Executive Officer of Atlanta-based First Data Corp., which happens to be the largest provider of electronic commerce and payment processing services in the United States.

Before starting his faithful service at J.P. Morgan Chase &  Co. in 2005, Mr. Bisignano had run Citibank’s “Global Transactions Services business” as its Chief Executive Officer between 2002 and 2005.  Before Mr. Bisignano’s stint in Citibank, he also served in First Fidelity Bancorporation & Shearson Lehman Brothers in various capacities.

In his new role of Chief Executive Officer at First Data Corp., it is believed that Mr. Bisignano’s past experience at Citibank and his extensive knowledge of leveraging technology are well placed to take the company ahead.

With this exit of Mr. Bisignano from J.P. Morgan Chase & Co.,  it seems like the decks are cleared for Matt Zames to assume the number two spot  as sole Chief Operating Officer seconding the Chief Executive Officer James Dimon. Financial Industry circles have started speculating that with this latest promotion, Mr. Zames has positioned himself as a credible successor to current Chief Executive Officer James Dimon who has held this role since 2008.

It is very interesting to note that Mr. Zames is currently also serving as the chief advisor to the US Treasury. Readers should be aware that JPMorgan Chase & Co has had major run-in with a spate of regulatory bodies since 2012. Findings from the investigations indicate that the industry and congressional watchdogs, which launched into JPMorgan Chase & Co operations and practices following the June 2012 disclosure (when the company announced to the world the over $ 6 billion loss), have been critical of JPMorgan Chase’s internal controls over risk assessment and ability to prevent money laundering activities.

The Chief Executive Officer James Dimon personally apologized for the error in judgment on behalf of the decision making body of JPMorgan Chase & Co when summoned by the congressional hearings committee to investigate the massive loss suffered by JPMorgan Chase & Co.

As JPMorgan Chase & Co works towards restoring its tarnished reputation and tries to get back its good boy image with the regulatory bodies, Matt Zames in his role as Chief Operating Officer & a trusted advisor to the US Treasury will play a major role.

Almost half of the marriages end in divorce is an oft-quoted adage, but surprisingly, this is not true in today’s world. The reasons are varied, gender equality, the higher p
17 hours ago

JPMorgan Chase, the largest U.S. bank by assets, has appointed two new executives to head its information units in a bid to make its workforce more inclusive and increase racial an
18 hours ago

The U.S. solar industry witnessed a 7% cut in jobs due to the coronavirus and increasing use of labor-saving tech in the industry, according to an industry report. Job decline is n
18 hours ago