Apple Will Discuss What to Do With Its $100 Billion Cash

Tim Cook is not an absolute product guy like Steve Jobs. He doesn’t wear black turtlenecks and jeans or have the charisma of a billion flashbulbs. He doesn’t think different, rather he leads differently. Cook stands on principles and clearly has passion and enthusiasm for work. Anteceding Cook’s 5 year anniversary as Apple CEO, Industry Leaders gives a performance review. 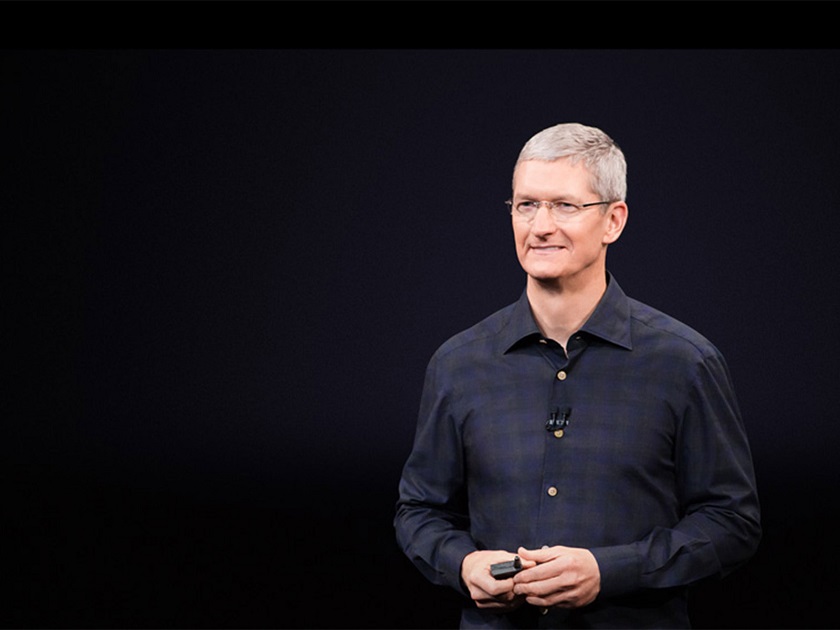 It was September 2015. For the rest of the world, it was just another day. For Silicon Valley, it was BoxWorks event, a la Box’s enterprise software annual conference, where CEO of Box Aaron Levie has just sat down on stage for a fireside chat with Apple CEO Tim Cook.

“You know you’re at an enterprise software conference, right?” Levie quipped following the chortled audience, “Your PRO team told you?”

The key theme of the conference was mobile technology. The un-Jobsian successor asserted that businesses still only have very little grasp of mobile’s potential, i.e. most businesses think of mobile technology as little more than a convenient way to check email. “There’s no doubt in my mind the best companies will be the most mobile,” he responded.

“Who uses iOS?” Levie asked the crowd. A forest of hands shot up. “You wouldn’t say, let me go buy an enterprise car,” Cook said humbly. “You don’t get an enterprise pen to write with.”

Some believe Cook has been an excellent CEO so far and are very pleased with the direction of the company. Back in 2012 and 2013, Apple shares were experiencing a steep decline by 45 percent. Investors and board members were calling for Tim Cook’s resignation. There were concerns that Apple has lost its innovative edge, and of course, Cook looked like the perfect scapegoat. After all. Cook doesn’t wear a turtleneck sweater and jeans, neither does he have Jobs’ charisma. He doesn’t even radiate any specialness showing that he leads a company that makes $200 a year. To the crowd, he was just an Alabaman who went to public school and rose to the top of one of the world’s most beloved company. The crowd silenced when the shares started doing well.

In August 2016, Cook will be celebrating a five-year anniversary on the job. Running one of the largest company in the world is not an easy tasks and neither is keeping it on the edge of innovation. By virtue of Apple’s size and strength, the consequences of any move Cook makes, ripple out with an equally brutal force. Apple cannot just sell iPhones and iPads. To increase its sphere of influence, it will have to readjust itself and reorient itself (as it did during the BoxWorks Conference) and find more room to grow.

What Makes An Exceptionally Great Boss?

Among 250 CEOs, Tim Cook was ranked the nation’s top CEO by ExecRank. Just behind Cook was Alphabet CEO Larry Page, and at number three, Microsoft CEO Satya Nadella, IBM’s Ginni Rometty was the highest ranked women in the last at nineteen. The ExecRank CEO List is compiled through “statistical and algorithmic analysis of executive performance across 24 key areas” – including corporate results under leadership, experience in the role, appointments of board members and growth of the company’s per-share earnings.

During Cook’s reign, Apple shares have been one of the best-performing stocks – a 92 percent gain. Beyond share performance, Cook as Apple CEO has delivered considerable growth to Apple’s most important operating metrics. The man is known for his operational prowess. With Tim Cook visiting China and India, analysts are believing it could be a huge game changer in the technology industry. The future is to decide for that. The following figures, with quarters classified, show that if anything, the company has outperformed all metrics. (Note, I do not own Apple shares). 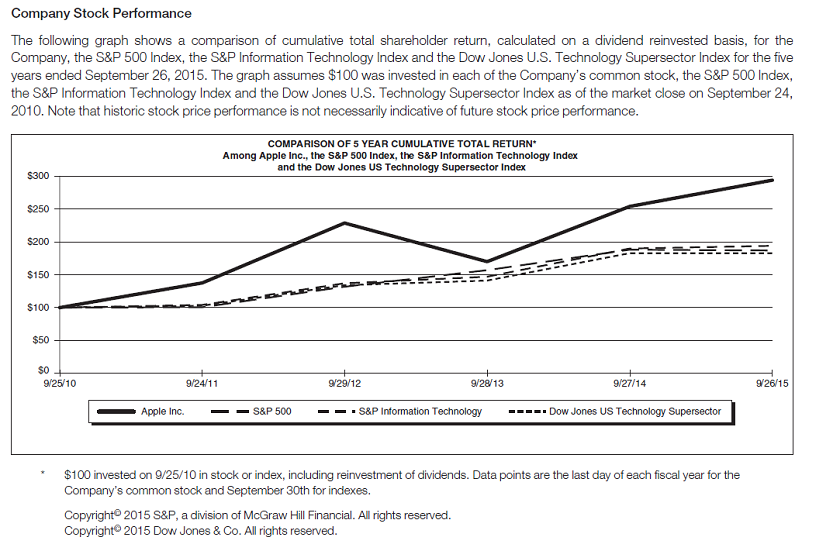 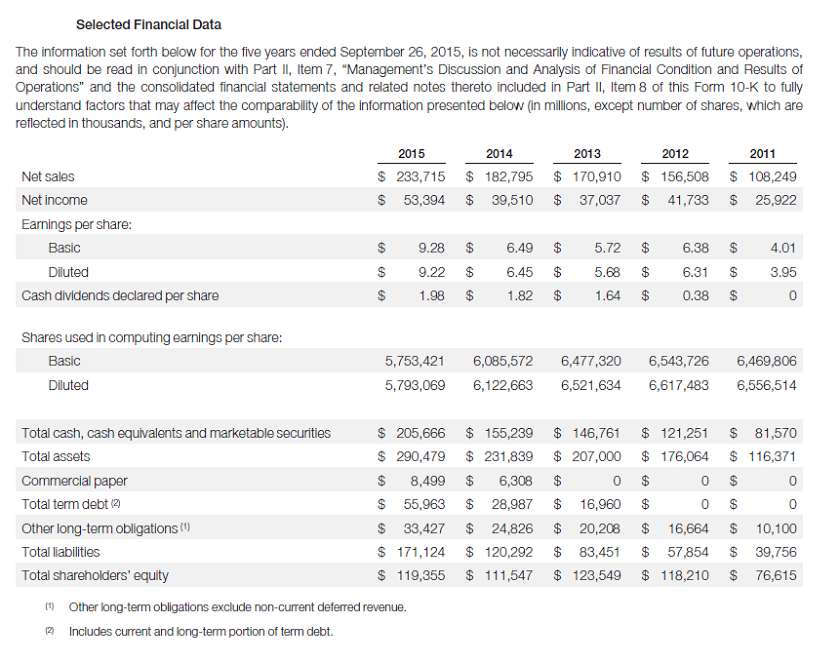 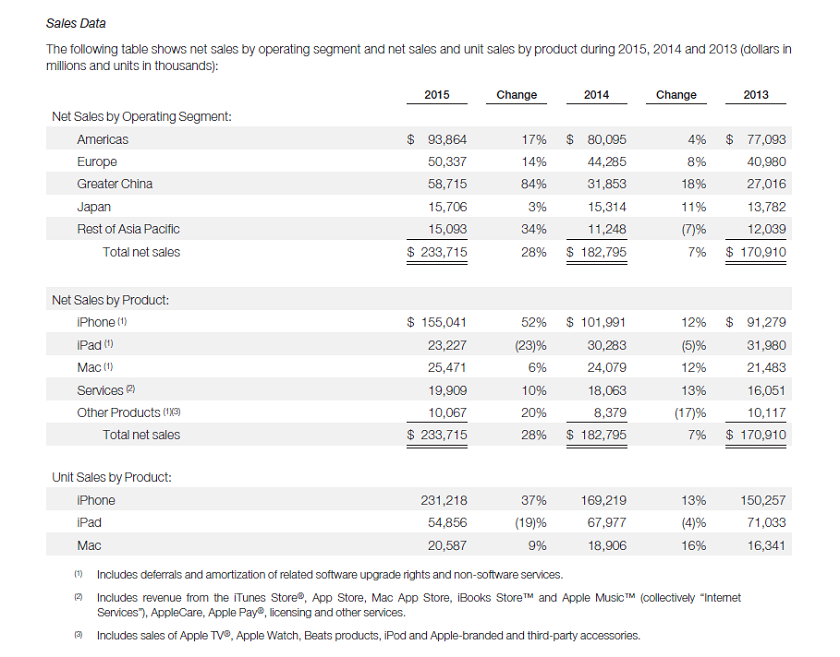 Even when Cook is not a product guy, we are seeing numerous innovative Apple products up his sleeve. Post-Jobs era, the Apple Watch is the first entry into the iHistory as a new product. It’s a success. Beyond the Apple Watch, the innovation-machine is working on a self-driving electric car, the Apple TV, Apple Pay and a few more rumored secret projects.

Philanthropy (Since 2011): Where it is Tim Cook visiting India with a philanthropic task on his To-Do list, he’s a philanthropic man through and through. Recent philanthropic activities from Apple include a $40 million to the Thurgood Marshall College Fund in March 2015; $50 million gift to promote technology training for women and minorities; and $25 million in employees’ financial contributions to charities, and more. He has also pledged to donate almost all of his estimated $800-million personal fortune.

The iPad Mini (2012): The now-discontinued iPad Mini once illustrated Cook’s strategic direction – released in November 2012, it went from a 7” tablet to the Best Tablet ever, for its human-friendliness.

Taking charge of Foxconn Mess (2012): Tim Cook came out and publicly expressed his company’s willingness to take on several Foxconn issues including – extreme work hours and mistreating workers – to match the standards of local labor laws.

Bob Mansfield (2013): In 2013, Tim Cook moved veteran Apple executive Bob Mansfield – the man behind the company’s hardware breakthroughs such as the all-in-one iMac, unibody MacBook, Retina display, and the ‘A’ series mobile processor – to “special projects.”

Apple Watch (2015): Apple Watch is known as one of the best products launched during the leadership of Tim Cook. Within 3 months of its launch Apple watch acquired 79.67 percent of the market share of wearables, which was a huge achievement for Apple since the debut of the revolutionary iPad and iPhone by Steve Jobs.

Taking on Google (2015): Cook has taken a swing at Google on numerous occasions, including the one where he spoke out against Google’s decision to undermine constitutionally-guaranteed rights to privacy and supporting ‘backdoors.’

The dividend and buyback plan (2015): In April 2015, Apple expanded its capital return program (now at $200 billion) to help reduce the number of shares outstanding.

Renewable Energy (2015): Corporate climate leadership was a term unheard of until Cook laid out a more ambitious plan for Apple: Sourcing the Apple data centers electricity with 100% renewable energy and building more high-quality renewable energy projects for its operations worldwide.

iPhone Encryption (2016): Courage and Leadership – are two things you need when you’re up against one of the biggest intelligence agencies in the world. In the famous ‘San Bernardino iPhone’ hack case against FBI, Cook elevated Apple’s status as a company that is defiant to defend customers’ data.

We are not to say that Cook is a better CEO than Steve Jobs. Rather, he leads differently. Perhaps, Cook is the CEO Apple needs today. Especially, considering the shakeup he implemented a year after being named the CEO – including ousting Scott Forstall, former Senior Vice President of iOS and one of the main creators of the iPhone and iPad, over refusal to sign Maps apology. Cook is tearing down the internal walls Jobs has created during his tenure, and is encouraging increased collaboration and less confrontation. Tim Cook represents Apple’s maturation as the world’s most valuable company.

Anna Domanska
Anna Domanska is an Industry Leaders Magazine author possessing wide-range of knowledge for Business News. She is an avid reader and writer of Business and CEO Magazines and a rigorous follower of Business Leaders.
« An Entrepreneurs Guide to the Economy of Favors
World’s Most Expensive Motorcycles »
Leave a Comment
Close

As of 2021, over 150 million US workers identified themselves as self-employed. This means that they are responsible for their own retirement plans. Employees of big firms tend to
11 hours ago

Just shy of her 40th birthday, Vera Wang struggled to find a bridal gown that suited her taste. Her father pointed out her struggles for what they really were – a remarkable busi
11 hours ago

In the memo obtained by Geekwire, Nadella writes that he is aware of how much their talent is in demand. He appreciated their efforts in keeping the company running and thanked hi
16 hours ago