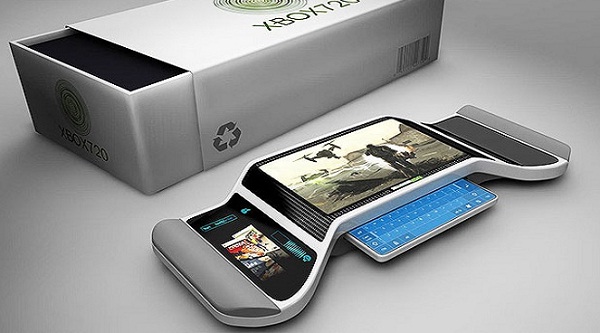 Xbox 720 to be released by Microsoft Corp.

The big day has come. On the 21st of May, Microsoft Corp. is due to present its Xbox 720 game console as the tech giant aims to win a bigger market share in the gaming market. The new Xbox 720 game console is expected to help the company strengthen its position in the market which has been dented by the emergence and growing popularity of mobile devices. But the fact is that Microsoft Corp. will witness also stronger competition from Sony Corp. which is due to launch its new PlayStation 4 in June. The competition gets tougher not only in the computer gaming industry, it gets tougher in the console market as well.

Fans and analysts have been waiting for the Xbox 720  for a long time. But at last, on the 21st of May, Microsoft Corp. will present its long-awaited revamped Xbox game console. The tech giant wants to affix seal to its dominating position in the console market with its new Xbox 720. Earlier in May, the findings released by NPD indicated that Microsoft Corp. sold as many as 130,000 Xbox devices in April in the US, strengthening its position as the producer of the most popular game console.

However, the fact is that the position of Microsoft Corp. in the game console market is threatened as more and more tech companies, just to mention Google Inc., decide to introduce their own game devices while their aim to get a piece of the profitable cake. Thus the competition is not only bigger but more aggressive and the traditional game console makers such as Microsoft Corp., Sony Corp. and Nintendo Co. have to cope with alarming and disturbing changes in the market.

To stop the alarming changes and strengthen its position in the market, Microsoft Corp. is expected to launch its new Xbox 720  game console with many new features that will bring its users to a new reality.  It is rumored that the revamped Xbox will allow its users to use Skype.  Analysts note that the company will, indeed, introduce some new exciting features, underlining that Microsoft  Corp. wants to lure more clients as it aims to push them to use its device all the time.

It is no surprise that Microsoft Corp. does whatever it takes to strengthen its position in the market where competition is getting tougher and more companies are interested in taking their share in the console gaming market which is worth around $27 billion!

It seems that Microsoft Corp. and its Xbox 720 game console will have not easy times as Sony Corp. is due to introduce its new PlayStation 4 in June. Excitement is growing while fans are waiting for the release of PlayStation 4 as it is expected that Sony Corp. will introduce gaming maniacs to a new era of technology.

Undeniably, three main game console producers – Microsoft Corp., Sony Corp. and Nintendo Co. – are more threatened by the online gaming than by themselves. The fact is that the growing popularity of mobile devices has led to the visible decline in the game console market. And its producers do whatever is in their power to end the worrisome shift in the gaming industry. Thus we can expect something exciting from both the new xBox 720 and Playstation 4. The question is whether it will be enough to stop the adverse changes.