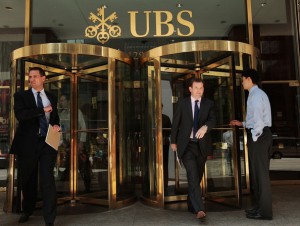 Commenting on the reported profits, the bank’s chief executive Oswald Gruebel said “While we made substantial progress in 2010, we are fully aware that we have to continue to improve our results,”.

The turn-around for UBS

In 2009 Chief Executive Officer Oswald Gruebel came out of retirement to rebuild UBS and stem customer defections and hired new managers and more than 1,700 investment bankers. His efforts paid off with wealthy clients adding a net 6.1 billion francs, as customers in the Americas and Switzerland brought in new money.

Results of Gruebel’s overhaul starting to pay off in the fourth quarter also became visible with improvements in revenues of equities, fixed income commodities and currencies in UBS. However, bigger losses on the bank’s own credit, as well as losses on student loans, kept net profit to just 75 million Swiss francs (48.49 million pounds) after a surprise loss for the previous three months.

The bank booked net money outflows for the third year running, despite the fourth quarter being the second consecutive quarter of modest client money growth. 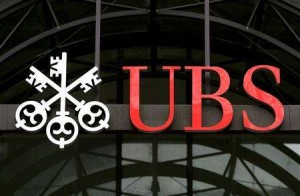 While the bank won client cash in the Asia Pacific region — traditionally an area of strength for UBS — and among the ultra wealthy, it continued to bleed assets in Europe.

On Monday smaller Swiss wealth manager Julius Baer took a hit from the strength of the Swiss franc against the euro and the U.S. dollar, suggesting Gruebel’s former bank and UBS rival, Credit Suisse, could report a similar pattern in its Q4 results due Thursday.

Dirk Hoffmann-Becking, a London-based analyst at Sanford C. Bernstein Ltd. with an “outperform” rating on UBS, said in a statement, “The net new money story at UBS for me hinges on their ability to rebuild the credibility of their investment-banking franchise. You need to have the juicy deals come over to your investment bank” to be able to offer them to wealthy clients.

Jay Raol
« Fasten your Seatbelts… Supercar Bloodhound Goes into Production.
PetroChina to team up with Encana with $5.4 billion investment in Canada Gas »
Leave a Comment
Close

Apple is bolstering its smart home devices space with the introduction of a new hybrid device— a combination of an Apple TV and a smart speaker with a screen, according to news r
16 hours ago