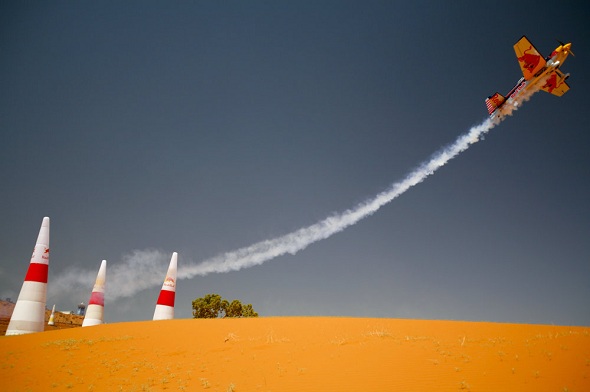 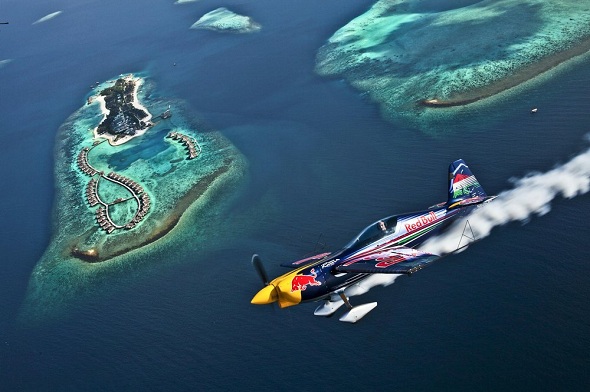 (Image Credit: Red Bull)Peter Besenyei flies over the Kaafu Atoll in the Maldives on December 16th, 2011.

The sport which was first held in the year of 2003 is since then watched by millions of fans from all over the world before it was suspended in 2011.During the Red Bull Air racing, competitors race in high-performance airplanes above 15-25 meters of the ground navigating through challenging courses of Air Gate pylons at speeds of up to 370kph.

Erich Wolf, CEO of Red Bull Air Race GmbH in a statement during the launch on February 28 in Abu Dhabi said that “We’ve worked hard over the last three years fine-tuning some of the safety aspects and bringing the sport to a new level. We never took our eye off the target and neither have these fantastic pilots or the great fans around the world. Their interest in the sport has remained unbelievably high during these past few years. We can’t wait to get back in the air in February 2014.”

Red Bull Air Race Champion Paul Bonhomme, a UK national is one of the 12-pilots who will be participating in the race held after a gap of three-years in order to improve its safety. The 2014 championship is said to be no different. It has major technical improvements done during the hibernation period of three-years some of which includes standard engines and propellers for participating pilots.  A major change had been made in the nylon pylon material to make easier to burst apart and raise height of the pylons when the racers. 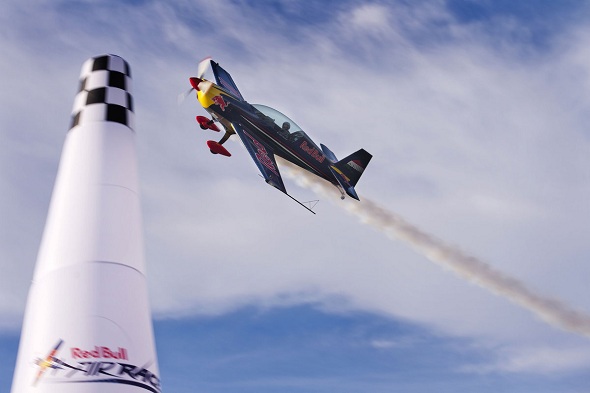 A major sporting highlight is the new Challengers Cup that is introducted this year. New pilots who qualify for the Air Race will also participate in training camps during the season of the championship.

“I’d be interested to see if you could measure a pilot’s heartbeat in the morning before the race,” joked Paul Bonhomme before the second race that took place in Croatia this month. Some of the major highlights in case you’ve missed are:

Paul Bonhomme did his best time, 56.439 seconds during the final round. Hannes Arch nearly missed out on the first spot behind at 56.776. While the youngest and the fastest pilot in the qualifying, 30-year-old Canadian Pete McLeod earned third place. 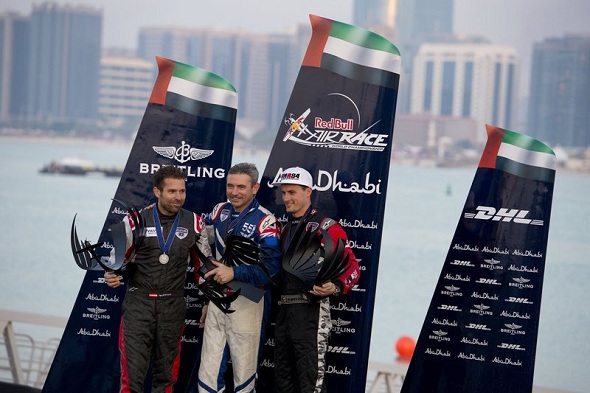 On April 13, 2014, Austrian racer, Hannes Arch changed the game in Rovinj, Croatia by finishing at 00:59:01 while Paul Bonhomme made a final run to finish at 00:59:09 settling for the runnersup spot. Yoshihide Muroya finished a full second, getting the first podium place. 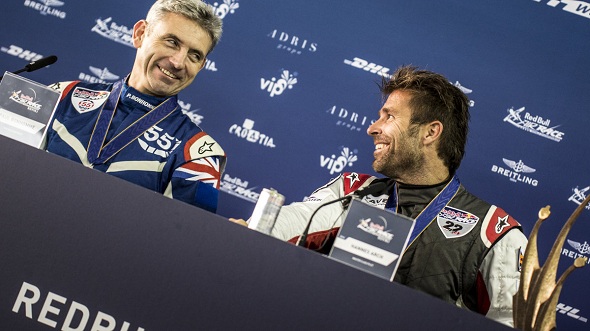 (Image Credit: Red Bull) Paul Bonhomme of Great Britain and Hannes Arch of Austria participate on a press conference for the second stage of the Red Bull Air Race World Championship in Rovinj, Croatia on April 13, 2014.

The next race will be held in Putrajaya, Malaysia on May 17/18.