Retails sales brings a new hope with a sharp rise in several countries. 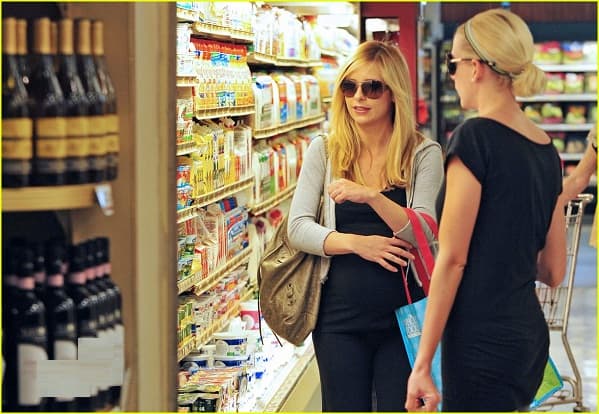 While the global recession is still a threat to the economies, Retail sector has come as a ray of hope in the damp clouds. Though not an exuberating number, some countries do show a positive development towards retail, which stands as a sign, if not, a complete step towards a U-turn from downfall.

The month of May brought sunshine to the United Kingdom, in more than one way. As per the Office for National Statistics, the Retail Sales rose by 1.4 percent against the prediction of 1.2 percent, which led to an annual rise by 2.4%. While clothing and footwear were the show stoppers, plus food and drink also doing fairly well, the big tickets on the other hand had to suffer with restrained shopping, if not dwindle, on account of the reserved minds for jobs and economy as a whole. Department stores with the help of discounts and sale festivals, enjoyed a staggering 11.3% rise in annual sales, it’s highest since February 2000. In countries like UK, these figures play a crucial role, with Retail sales consumer spending contributing as much as 60 percent of Britain’s Gross Domestic Product.

For the manufacturing hub of the world, China, the 13.8 percent year-on-year retail sales growth couldn’t have come at a better time. The manufacturing had slowed down, international demand had decreased on account of tormented economies, and the tension grew on the Chinese government. But the Retail industry came as a knight in the shining armor with May hitting 1.67 trillion yuan or $265.08 billion. The first quarter saw a three year low 8.1%, which the economists think will take the time of second quarter to get stabilized and the domestic demand shall see a splurge in the third quarter.

Japan, as if unconcerned and unaffected with the global economic troubles, continues to mark a very solid year on year growth with April at 6% growth in Retail Sales. The Automobile industry stands as a backbone of the Retail Sales followed by Department stores and luxury items like jewelry.

A few other significant developments include Australia Retail sales growth at 3.8% for April 2012, and India, among the top 30 most emerging retail industries in the world, promising an annual growth of 10-12% in retail sector.

The United States comes as a surprise knock out with the Retail Sales slipping down by 0.2% in May, its second consecutive month in the retail sales down leash. Though, the decline is in line with the expectations, as per the economists. The demand in building materials going down with simultaneous decline in the gasoline prices have been the protagonist in the retail sector decline. Although, super malls like Costco, Target, Ross and Macy’s among others did fairly well and way above expectations to hold on to the Retail reputation of America.

In the times of narrow expectations, when the economies are in a serious attempt to balance their state, such a boost in Retail Sales gives high hopes to many countries and the global economy at large.

Christy Gren
Christy Gren is an Industry Specialist Reporter at Industry Leaders Magazine she enjoys writing about Unicorns, Silicon Valley, Startups, Business Leaders and Innovators. Her articles provide an insight about the Power Players in the field of Technology, Auto, Manufacturing, and F&B.
« Impactful Time Management for Leaders
BP Settlement Allocated by Congress for Restoration of Gulf »
Leave a Comment
Close

Sanofi’s CEO Paul Hudson is dead serious about mRNA technology and capabilities with a $3.2 billion acquisition offer to Translate Bio.
6 hours ago

The entire energy sector yield hovers around 4%, according to the Energy Select Sector SPDR exchange-traded fund.
20 hours ago