Rarely has a contract negotiation between a retailer and a supplier made its way into the press. But for the past several months, Amazon’s decade old philosophy “Customer Satisfaction is our North Star” has been drowning to a painful and slow death in what could be called a contract negotiation/business dispute with Hachette Book Group. By now you may have read dozens of articles pouring latest tidbits on the trade dispute going on between Amazon and Hachette. Of how Amazon is adopting a hard-ball strategy by deliberately limiting the supply of books from Hachette, which includes some of the most renowned titles from author James Patterson and billionaire writer J.K.Rowling. 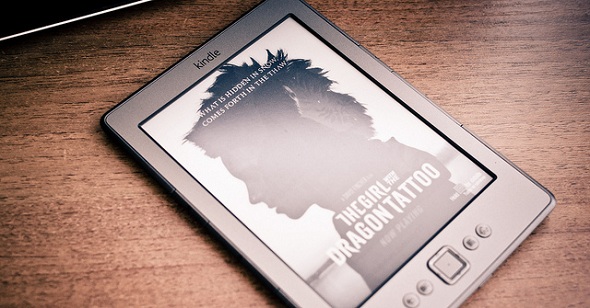 The reluctant attitude of the U.S. government to stop Amazon.com from using foul tactics has also angered book lovers.

Moreover, the reluctant attitude of the U.S. government to stop Amazon.com from using foul tactics has also angered book lovers. However, antitrust experts believe that the government is unlikely to intervene in any such business disputes.

Let’s not forget that Amazon is in the market to make money, just like everybody else. Let’s also not forget that Amazon monopolized the book industry – it digitized book reading experience and disrupted the business of independent bookstores. The facts and figures has lead industry experts into believing that outcome of the ongoing dispute will leave permanent consequences for publishers and indie authors.

Here’s a wider look: Amazon controls around 50% of all book sales in the U.S. – electronic or the grassy, acidic, vanilla like smelling physical copies. Borders went bankrupt in 2011, out of the 7,000 independent bookstores in the mid-90s only 2000 remain today and Barnes & Noble is dwindling. In fact, Amazon controls over 65% of eBook business in the market.

Amazon-Hachette Contract: Amazon has always given wider discounts on e-books, consequences of which can be seen on the plummeting sales charts of its competitors. Amazon wants to control the prices of books in the market, to offer discounts to customers as per its business objectives. Although it keeps all book titles – good or bad because it hates to turn customers away, it still controls which titles get the royal treatment. Hachette wants to wants to go back to its previous pricing scheme rather than the newly proposed contract by Amazon for 2015 – the royal treatment. Through the whole royal treatment offer, even if Amazon loses money by offering great discounts, it can cover it up through sales of other items. It will still dominate the market, and increase the prices when the time is favorable. Publishers pay retailers (known as ‘special billing’) to make sure that their books, are seen by customers on the shelves, on the first page of the search. Amazon for the 2015 contract wants Hachette to cough up a little more money from its profit margin, to make sure the books get proper placement on the site’s search results.

It all comes down to one thing – money.

We’ve all witnessed how literature in the U.S. evolved over the last two decade. Hundreds and thousands of small publishers and independent bookstores no more remain in the market today. But then so has the publishing industry evolved – see Random House and Penguin success story which is now the largest publisher in the world. Independent authors realize how retailers get the cut of their success and don’t want the same thing to happen again. Thanks to Amazon, and now the dispute, more and more authors are adopting a democratic model, where they write, publish and sell their books. They don’t have any obligations of pay premium prices to make sure their work is seen on the shelves or on the first page of every search results.

Amazon at one time, controlled priced/discounts for consumers in 2007, but then publishers banned discounting, taking control of the prices. Amazon is lost in its obsession to hold the reign, losing customers along the way. Book lovers have been raging over the internet, over how risky it is to rely on Amazon now.

According to a consumer research study, “book sales now account for 20% of Amazon’s transactions,” making “retailer’s second-biggest category, eclipsed by groceries”.  Amazon cannot afford to lose 20% of its annual revenue. Amazon cannot afford to risk its reputation. But then, it’s Amazon again, who’s customer service satisfaction is withering away.