A full cure for Human immunodeficiency Virus (HIV) has been hindered by the inability of scientists to contain latency of the disease in hidden cells of the body. A team of researches from Emory University, Carolina, and Qura Therapeutics has found a way to tackle the issue.The scientists used two animal models first to reverse the latency of infected cells and then to treat the viral cells thus reactivated, with other immune cells.

Before going further, let us explain what is latency and how it hinders an effective eradication of the virus with the present viral therapy called antiretroviral therapy (ART).

The Human immunodeficiency virus (HIV) can be treated with antiretroviral therapy or ART, which was introduced in 1996. ART allows people infected with the disease to lead a normal healthy life as long as they take the treatment. But sometimes some infected cells lie dormant in the body, which get activated when the treatment is stopped, or on their own at a later stage of the disease.

When the virus strikes the body, it infects the CD4 +T cells, which provide immunity to the body and help combat infections. Once these cells are infected, the body’s immune system is compromised, and a person with this disease is susceptible to all infections. In fact, the name Acquired Immune Deficiency Syndrome, AIDS, has been given because of this tendency of the body to fall sick due to low immunity. 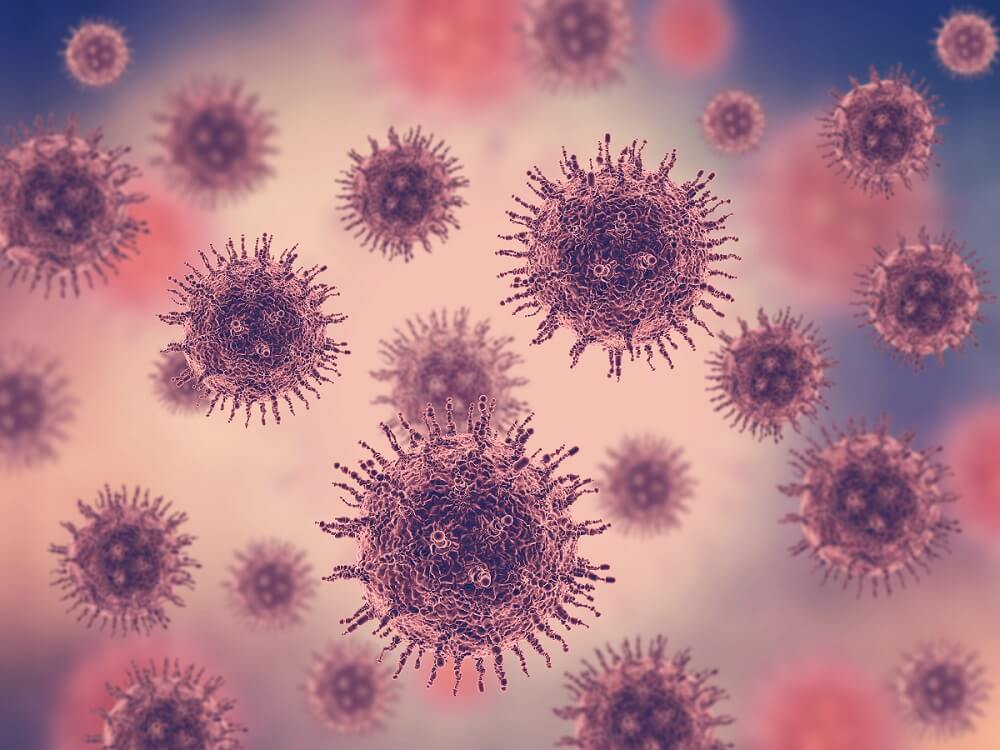 A team of researches from Emory University, Carolina, and Qura Therapeutics has found a way to contain latency of the disease in hidden cells of the body

The latency factor of this disease lies in dormant T cells where HIV hides its genetic material. So, there is always a chance of the contained disease getting reactivated due to the stoppage of treatment or some chemical or physiological reaction.

The team’s findings were published in Nature where they revealed their experiments on two animal models to show the disruption of the viral latency in dormant cells of the body and their elimination.

The scientists used a compound called AZD5582 to activate the transcription factor or latency in infected CD4+ T cells in the blood and different tissues in two animal models: ‘humanized’ mice that were modified with human-derived liver, bone marrow and thymus cells infected with HIV; and rhesus macaques similarly infected with the simian HIV. The animals were already being treated with ART.

AZD5582 is used to treat cancer and activates transcription of certain latent cells. Their treatment with AZD5582 led to a noticeable increase in the levels of viral CD4+ T cells in both species, indicating that transcription of the virus had been activated. A blood test revealed a raised incidence of HIV virus without any toxicity. These results can be used to activate the transcription of dormant infected viral cells, which can be lured out from hidden cells.

“Previously, no one had successfully tested a latency reversal molecule in humans or in an animal model with human cells demonstrating systemic HIV induction in peripheral blood, in resting CD4+ T cells from multiple tissues, and then replicated this success in a completely different species infected with a different virus,” said co-senior author J. Victor Garcia, PhD, director of the International Center for the Advancement of Translational Science, professor of medicine and microbiology & immunology at the UNC School of Medicine, reports ScienceDaily.

“AZD5582 was remarkable in its ability to reactivate latent SIV from resting CD4+ T cells, and to induce continued virus production in the blood when monkeys were still receiving daily antiretroviral therapy,” she said. “This is an exciting scientific achievement, and we hope this will be an important step toward one day eradicating the virus in people living with HIV,” added Ann Chahroudi, co-researcher and author of the paper. She is an MD, PhD, associate professor of pediatrics at Emory and director of the Center for Childhood Infections & Vaccines at Emory and Children’s Healthcare, Atlanta.

Emory researchers Guido Silverstri and Charoudi in collaboration with UNC scientists published another paper illustrating the end of latency using another method. They injected antibodies into primates that were being given ART for simian HIV to reduce CD8+ T cells. CD8+ T cells are important in controlling the infection. Then the primates were treated with a modified cytokine IL-15, which pushed the viral presence in the blood and tissues not seen previously. The team confirmed these same results for HIV in the AZD5582 tested mouse model.

Both tests have yet to be carried out on human models. More research needs to be done to confirm the reversal of latency in CD4+T cells and the combined effect of antibodies and IL-15 on CD8+ T cells to fight HIV.

According to the United Nations, approximately 37.9 million people suffer from HIV globally and 24.5 million were accessing antiretroviral therapy. Since the inception of the disease, 32 million people have died of AIDS-related illnesses.

In the US, about a million people are infected with HIV and the Centers for Disease Control, CDC, revealed that approximately 38,000 new HIV infections were reported in 2016. The disease has leveled off at this number of new infections since 2013.