Researchers develop aluminum battery that could charge smartphone in 60 seconds 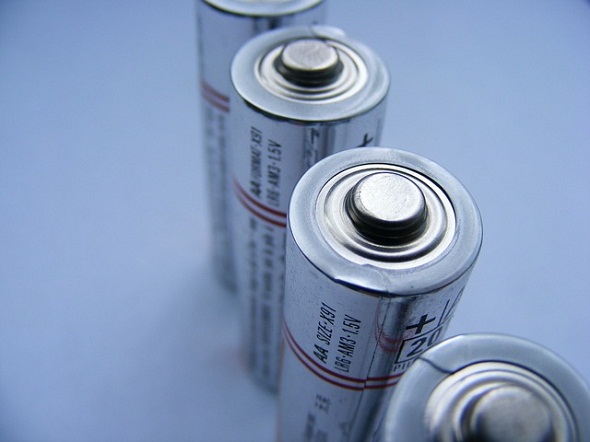 The new aluminum-ion battery’s anode is made of aluminum and the cathode of graphite.

Hongjie Dai, a chemistry professor at Stanford University said that the rechargeable aluminum battery might soon replace current storage devices, such as alkaline batteries, which are harmful for the environment, and lithium-ion batteries, which sometimes burst into flames.

Since long, Aluminum has been referred as an ideal element for energy storage. Its capacity to rapidly store and release energy, non-flammability and low cost make it ideal. The concern for researchers has been finding the right material to combine with aluminum, a material competent of generating high voltage, especially after several cycles of rapid charging and discharging.

Researchers at Stanford discovered graphite as the ideal supplement. The new aluminum-ion battery’s anode is made of aluminum and the cathode of graphite.

While people have tried various kinds of materials for the cathode, Dai said that he and his colleagues inadvertently discovered that a simple solution is to use graphite, which basically is carbon. He further said that they have identified some more types of graphite material that give very good performance

The two components are based in a flexible polymer-coated pouch filled with an ionic liquid electrolyte.

Besides being non-flammable and fast-charging, researchers say the aluminum prototype could charge a smartphone in less than 60 seconds, and is also long-lasting and flexible. It could one day mean quick charging of smartphones and other gadgets. Other aluminum batteries tend to lose their storage capabilities after just 100 charge and discharge cycles. Dai said that the new battery can charge and release its energy some 7,500 times before it loses any capacity.

While researchers are working towards increasing the voltage and lowering the material cost, Dai said that the battery has everything that a battery should have. Its flexible and heavy-duty, safe, has cheaper electrodes, charges at high-speed, which is like a new battery in its early days.

Other than making small electronics more efficient and safe, aluminum batteries could be used to store large amounts of renewable energy on the electrical grid. The grid requires a battery that is long-lasting that can rapidly store and release energy, Dai said.

The new aluminum battery is set to be detailed this week in the early online edition of the science journal Nature.