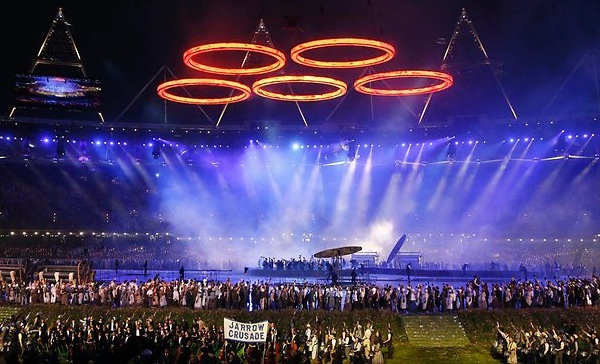 The popular microblogging website Twitter blocked the account of a reporter based in Los Angeles who works for a British daily. On Friday, the man included the email address of the NBC Olympics president, Gary Zenkel on his tweet and urged people who followed him on the site to write to Zenkel and criticize the network’s airing of the Olympic Games. However, the move backfired as the episode became a popular enough topic for Twitter conversations on Monday all over the globe.

NBC is a subsidiary of the Comcast Corp. The channel took a lot of heat from the public as it broadcasted the opening ceremony of the 2012 London Olympics on tape delay in order to make it coincide with the United States prime time evening slot.

Guy Adams is a correspondent for the daily newspaper based in London, the Independent. The occasional Twitter user happened to be one among many such individuals in the US who echoed their disappointment and annoyance with NBC through the medium of their tweets. He tweeted Gary Zenkel’s email id along with a harsh message which accused him of being the person “responsible” for making the channel act as if the Olympic opening ceremony had not begun up till then. He was also involved in encouraging his Twitter followers to give Zenkel a piece of their minds.

Adams’ tweet did not apparently go down well with top executives at NBC as it filed a report with Twitter against Adams’ actions. All his tweets as well as his entire account were turned invisible due to his suspension. The site notified the reporter via email that he had broken the privacy policies and rules of Twitter by publicly distributing the confidential information of a different user which includes but is not limited to physical addresses, phone numbers, private email addresses or even commercial data.

Adams was quite popular on the social website as he had close to almost 4,500 followers. He had been critical of NBC’s coverage and was somewhat more vocal of his displeasure than others. In addition, the Independent carried a special article on Monday penned by Adams that harshly criticized the nature of NBC’s coverage of the Olympic Games together with its commentary of the opening programs. But there was no reference made to the Twitter fiasco in the report.

The NBC sports channel explained the situation by connecting Adams’ suspension to his violation of Twitter’s privacy guidelines. They further added that Twitter by itself imposes disciplinary action for such gross violation of its rules and they had no need to even file a complaint. But they left out the part that Twitter has opted to go for a premeditated, non- economic joint venture with NBC to curate internet matter during the period of the Olympics. But the microblogging site has declined to comment any further on this issue.

Adams suspects that there is more to the matter than meets the eye as it is unusual for Twitter to block a person at the request of an Olympic patron when the site has not been known to even supervise its contents actively.