Replica of Titanic to set sail in 2016. Interested in cruise? 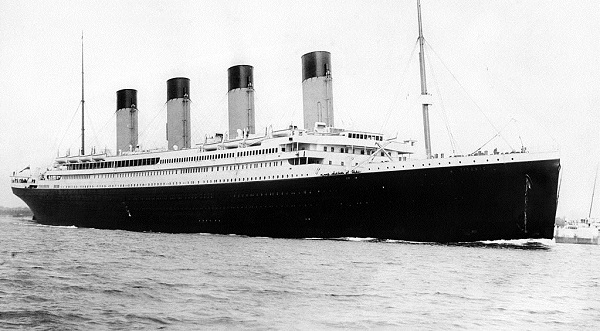 Titanic to have its modern replica

“Never be afraid to try something new. Remember that a lone amateur built the Ark. A large group of professionals built the Titanic.”

A replica of famous and tragic Titanic is expected to set sail and start the virgin trip from Southampton to New York in 2016. Clive Palmer, an originator of Titanic II, attempts to bring the legend to life… But, do not think that prices will be the same as in 1912! If you want to get on board of Titanic II, you will have to pay a hefty sum – nothing to sneeze at!

While some may think that the exact route for the Titanic II’s virgin voyage seems to be a bad sign, the father of the idea, Clive Palmer, is convinced that this will not only generate interest but profit as well. Do not think that a replica of Titanic is just in sphere of dreams as the voyage from Southampton to New York in 2016 has been already confirmed.

According to released details, Titanic II is to be constructed by CSC Jinling Shipyard Company in Nanjing, China. What is interesting is the fact that Titanic II is planned to be the detailed full-size replica of the original version. The construction of the ship is expected to start in April 2013. As it has been underlined by Ge Biao, director of CSC Jinling Shipyard Company, the Chinese shipyard is ready to face up to £330 million project.

Everything indicates that Titanic II will have the same exterior as the original version. Therefore passengers will be able to admire the exquisite craftsmanship of historians. However, it was underlined by the company that the replica of Titanic would be equipped with the latest and most advanced technology though. What a relief! But remember that Titanic was said to have been the safest ship ever built and what happened to it? Just to remind you, it sank as it struck an iceberg, killing more than 1,520 passengers and crew.

If you are interested in the virgin voyage on Titanic II, you should not be afraid. Unlike Titanic, its replica will be equipped with most advanced life-saving and communication systems, not to mention sufficient number of lifeboats, sic! Everything, which is to be installed on the ship, is aimed at securing the safety of the future passengers. According to released data, Titanic II is estimated to carry approximately 900 crew members and as many as 2,400 passengers. More details will be unveiled on the 2nd of March.

Are you ready to take a chance and follow the route of the Titanic’s tragic voyage? If yes, just be prepared to spend a hefty sum on the cruise on Titanic II. Some tickets are to cost up to approximately $1 million! But that is not too exorbitant price for the adventure of your life and the experience of the £330 million replica of Titanic.

Clive Palmer has informed that there is a big interest in the virgin voyage on Titanic II with 40,000 people  expressing their great and direct interest in the journey. According to data, as much as 35 percent of inquiries came from China which only proves the strength of Asian, namely, Chinese millionaires.

Those, who will be lucky to get on board of the inaugural voyage from Southampton to New York in 2016, will have a chance to wear clothes which are to be a takeoff on the fashion of the beginning of the 20th century in order to feel the atmosphere of original Titanic. So if you are not afraid of possible curses and you can spend a bit, just pack yourself and set sail…

Anna Domanska
Anna Domanska is an Industry Leaders Magazine author possessing wide-range of knowledge for Business News. She is an avid reader and writer of Business and CEO Magazines and a rigorous follower of Business Leaders.
« Domino’s Pizza Delivers Satisfying Profits in 2012
Pentagon to end Blackberry dominance opening to iOS and Android »
Leave a Comment
Close