In Renewables Investment, US Loss is China’s Gain

Global Trends in Renewable Energy Investment 2017 notes that solar, wind, geothermal, small hydro and marine, biomass and waste-to-energy sources added 138.5 gigawatts to global power capacity in 2016.  In countries like India, China, and Sweden more than half of all new electricity capacity installed was renewable. In some cases, this transition is closely related to the interests and motivations of the nations, some of which want a larger share of credit in renewables investment. For instance, China is likely to fill the leadership vacuum left by the U.S. withdrawal from the Paris Climate Agreement 2017. Similarly, India has zoomed past the U.S. to take the second spot on the list of global leaders in renewables. This is largely indicated by the efforts made to decrease dependence on fossil fuels and to reduce carbon emissions.

China’s Renewables Investment is Paying Off

The development of green energy in China began before China’s 2015 Paris Climate Accord pledge. We’re talking about a decade and a half before when China pledged to reduce CO2 emissions by 2030. In 2001, the Chinese government launched the Wind Power Concession to attract foreign capital through installation-based fiscal incentives and subsidies for solar and wind farm developers, state-owned utilities, and grid companies. 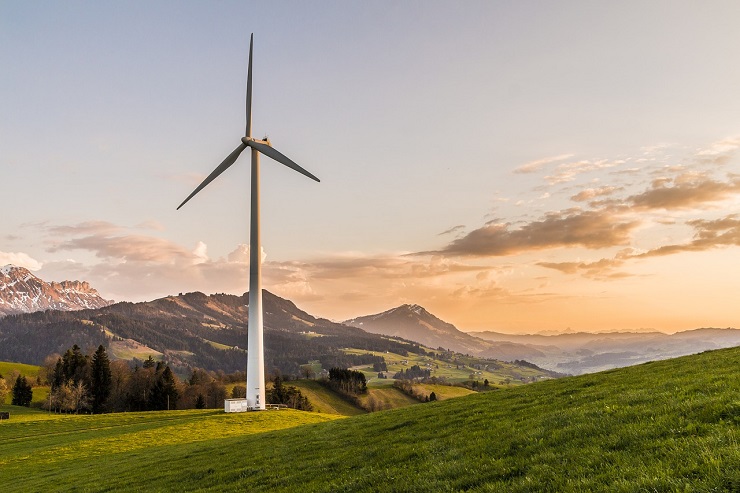 The 2006 Renewable Energy Law, set up key policies to boost domestic sector development. This was promoted by China’s Five-Year Plan, as well as the Medium- and Long-Term Plan on advances in science and technology. Some of these included subsidy programs which supported local wind farms supplied with domestically produced turbines.

Wind turbine manufacturers like Ming Yang, Goldwind, and Envision have established a domestic supply chain network. Some of have even partnered with foreign entities to take over the global market. This was further strengthened with China’s engagement with foreign bodies in setting technical standards.

The National Energy Administration mandated stated-owned utility grids to deploy solar and wind power, and award contracts to domestic manufacturers. China’s Five-Year Plan highlights clean energy targets and policies set up in response to the climate change. This includes calling for innovation in strategic and emerging industries, including the clean energy sector.

The speed and magnitude with which China is expanding its green energy power base is unrivaled. A couple of years ago, China pledged $3.1 billion to the South-South Cooperation to offer climate change training in emerging nations, build low-carbon parks, in order to promote Chinese renewables investment in Asia. It’s a win-win!

Anna Domanska
Anna Domanska is an Industry Leaders Magazine author possessing wide-range of knowledge for Business News. She is an avid reader and writer of Business and CEO Magazines and a rigorous follower of Business Leaders.
« Advice for Gwyneth Paltrow If She Wants To Be Taken Seriously As An Entrepreneur
3 Unconventional Leadership Books Every Entrepreneur Needs to Read in 2017 »
Leave a Comment
Close

Apple iPhone 13 Pro and iPhone 13 Pro Max can be a hit with its ever new technology A15 Bionic chip and other cool profound features.
13 hours ago

The French oil major, Total, has signed a $27 billion deal to fund a 1-gigawatt solar power plant, and boost oil and gas production in the Middle-East region.
14 hours ago