Renewable Energy Stocks That Will Make You Rich

A deep dive into the best renewable energy stocks with more upside in the coming year.

Industry leaders predict that renewable energy will continue to rise in the coming decade, phasing out fossil fuels and reducing greenhouse gas emissions. A new report by the International Energy Agency (IEA) says that global renewable energy is on track to become the largest power source by 2025, overtaking coal which has dominated the global power grid for the past fifty years and supplying one-third of the world’s electricity. The global economy pivoting to clean energy has become increasingly appealing to investors. Renewable energy stocks have outperformed most major stock market indices since December 2019, according to the report.

Fatih Birol, the IEA’s executive director, says, “Renewable power is defying the difficulties caused by the pandemic, showing robust growth while other fuels struggle. The resilience and positive prospects of the sector are clearly reflected by continued strong appetite from investors.” 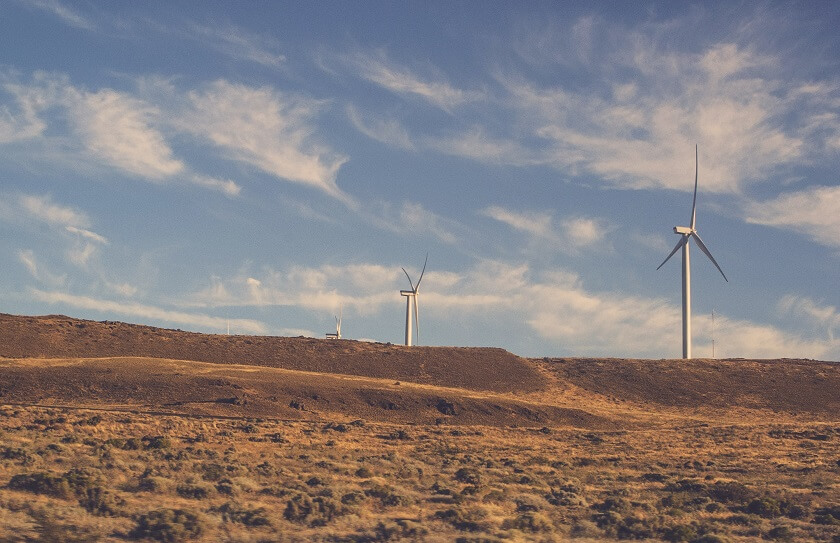 The IEA sees the brightest future for solar, projecting that it will usher the majority of growth. According to the World Economic Forum (WEF), installing new solar panels is cheaper than a comparable investment in coal- or gas-fired options in most countries. The IEA also sees a promising future for wind and other renewable sources as the global economy transitions to clean energy.

It wouldn’t be a stretch to say that renewable energy companies are on track for a stellar growth in 2021, thanks to several key factors. The most obvious one would be president-elect Joe Biden’s proposal to inject $2 trillion in clean-energy initiatives over the next four years, with the lofty ambition of making America a net-zero emissions country by 2050. Second, the urgent need to mitigate climate change has intensified massive renewable energy investments in the private sector. Third, renewable energy development is accelerating despite some impact from the COVID-19 outbreak on the sector.

Despite looming economic uncertainties, the Wall Street’s appetite for renewable energy stocks remains strong. From January to October 2020, the shares of publicly listed renewable equipment manufacturers and project developers have been outperforming most major stock market indices and the overall energy sector.

Some of the best renewable energy stocks have already outnumbered the market in 2020. Don’t believe us? The numbers speak for themselves: Enphase Energy is up 594%; SunPower is up 484%; Sunrun has advanced nearly 400%, and Sunnova has gained 310%. Let’s not forget Tesla, which has rallied more than 750%, while electric vehicle company Nio has gained 1,000%.

For serious investors, the green energy sector may appear full of promising long-term growth stocks. When you think of renewables, you typically think of solar and wind, which have the biggest market share by far. But there are other types of clean energy – hydropower, geothermal and biomass among them. What’s more, there are companies that help fight the climate change problem without actually producing energy, such as miners of lithium, which go into batteries that can be charged by renewable energy sources. With proper research and due diligence, investors could reap the benefits from investing in some of the best renewable energy stocks.

Read on to look at up and coming clean energy stocks that will leap through amid economic uncertainties and grow to new highs as the global economy stabilizes. 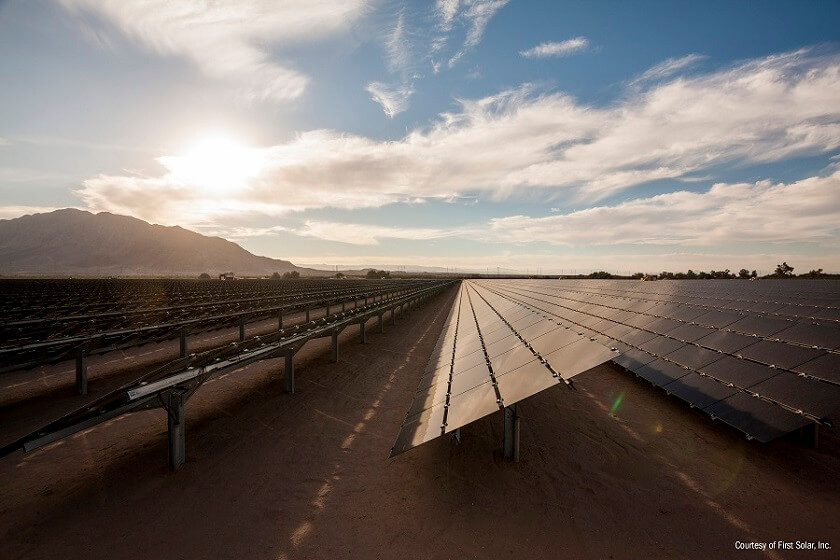 First Solar is America’s largest solar module producer and an industry leader in thin-film solar panels. One of the major advantages of thin-film panels is their cost, which is 30% less than traditional panels. They don’t suffer in output even in hot and humid conditions and can shed snow and debris more rapidly. Those characteristics make them ideal for wide-ranging applications.

The company was one of the first ones to bring thin-film solar panels to gigawatt scale. It has built and shipped over 20GW of capacity and facilitated $18 billion worth of project financing.

The company claims to invest more money in research and development of cleantech than any other company.

First Solar shares rocketed 81.8% in 2020, according to data provided by S&P Global Market Intelligence. The company generated strong financial results in 2020 despite the impact of the COVID-19 outbreak.

One of the reasons why it stands out in this list of top renewable energy stocks to buy right now is its strong balance sheet. First Solar routinely carries a large net cash position, which provides it with interest income. It boasts net cash of $1.4 billion on its balance sheet in Q3 2020. Its competitors, on the other hand, have debt on their balance sheets and are thus paying interest to lenders.

Its strong financial growth helps the company continue expanding its production capacity. And now, with the U.S. Congress having extended an investment tax credit for solar energy for two years, 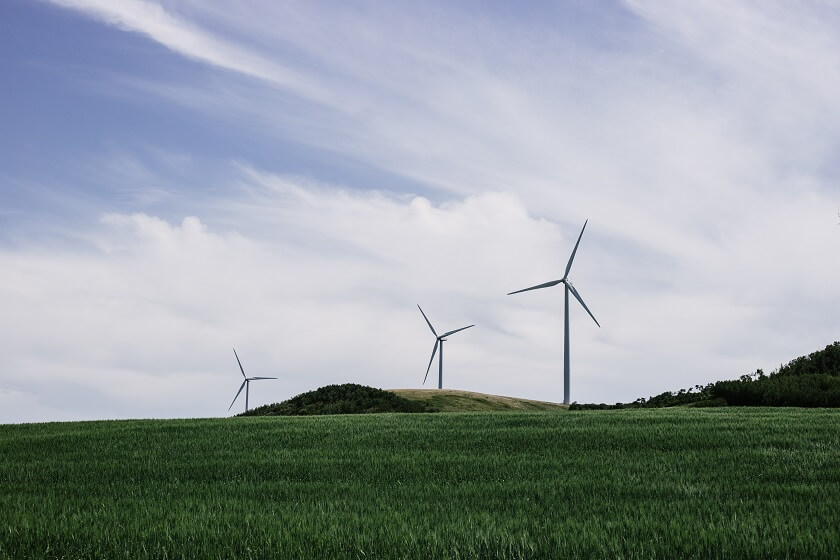 The company sells the bulk of the power it produces under long-term, fixed-rate power purchase agreements (PPAs). These contracts provide it with stable cash flow, which it uses to pay an attractive dividend and invest in expanding its strong portfolio.

Brookfield boasts a strong balance sheet with one of the highest investment-grade bond ratings in the clean energy sector. The company also had lots of liquidity to help finance growth.

The company has the financial capacity to invest $800 million to $1 billion per year into expanding its clean energy portfolio through 2025, with a solid focus on solar energy developments. By leveraging its financial profit to expand into new solar energy projects, the company should have enough momentum to produce strong returns in the coming years. 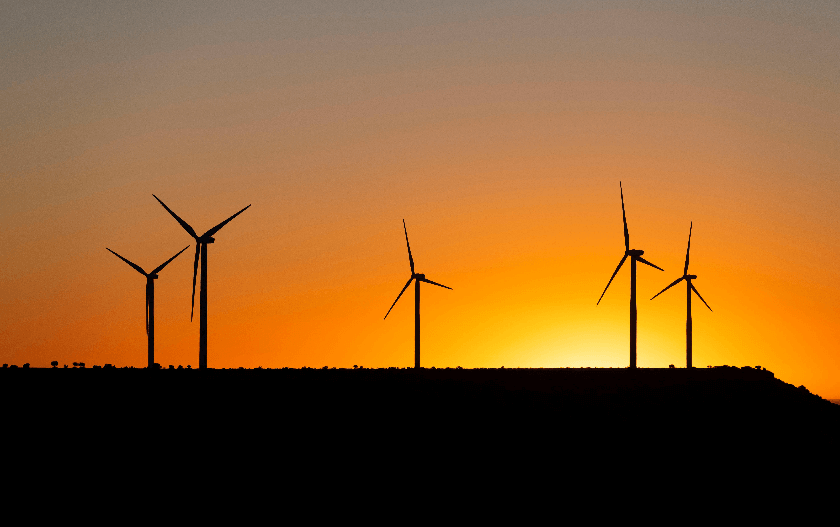 NextEra Energy is an exciting opportunity for investors who are looking to put their money to work in the renewables sector. Its U.S. utility renewables power business named NextEra Energy Resources is one of the largest solar and wind power companies in the world. It has 24GW of capacity, with 16GW of wind (67% of its portfolio), 3GW of solar (13%) and 3GW of nuclear (11%) acting as a pillar to a broader clean energy portfolio.

The company has the financial standing to invest tens of billions of dollars in new renewable energy development in the coming years, with a massive portion of that going toward solar energy. The clean energy company plans to spend over $30 billion to double its renewable capacity by 2022.

NextEra has increased its dividend annually for 26 consecutive years. What’s incredible, however, is that the annualized growth of that dividend over the past ten years is exceeding 10%. Now that’s pretty impressive for any utility company, but it’s just another feather in its cap.

In 2020, NextEra topped Exxon as America’s most valuable energy company. 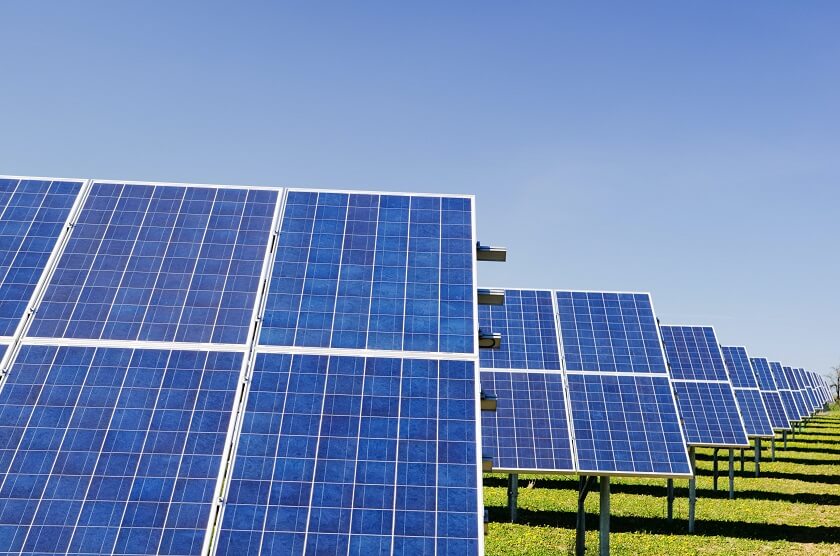 The forward P/E ratio would prove that Enphase Energy Inc. is one of the most popular energy stocks in recent years. The company’s revenue doubled between July 2019 and 2020, reaching $205.5 million. The company shipped more than two million microinverters in the first three months of 2020 alone, with a total DC capacity of 643MW.

Shares of Enphase increased by 18.8% in October following its Q3 2020 results as it outperformed the wider market. The company’s shares trade at 22 times scale and an impressive 93 times earnings.

The current headwinds in the renewable energy sector will create many short- and long-term opportunities. Many on the Wall Street have these companies among their top renewable energy stocks to buy in 2021. Its time you do, too.

Christy Gren
Christy Gren is an Industry Specialist Reporter at Industry Leaders Magazine she enjoys writing about Unicorns, Silicon Valley, Startups, Business Leaders and Innovators. Her articles provide an insight about the Power Players in the field of Technology, Auto, Manufacturing, and F&B.
« Natixis ends decade-long relationship with H2O
Why is Bitcoin volatile? »
Leave a Comment
Close