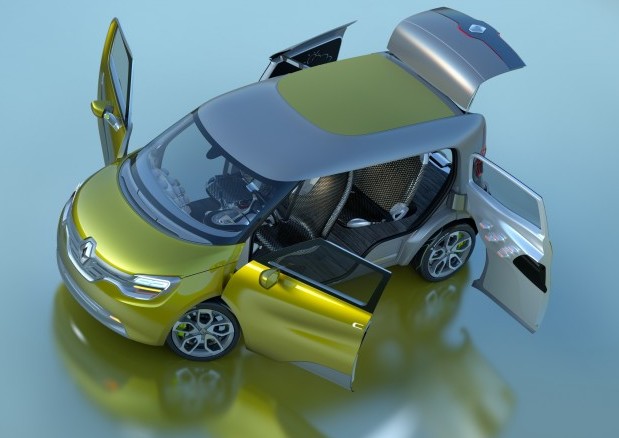 The latest concept car by Renault, Frendzy, making its debut at the Frankfurt Motor Show last week, is all about catering to the needs of the “fourth step of the human life cycle” according to Renault.

Renault, Europe’s top-selling commercial vehicle manufacturer for over a decade, claims that its new design strategy, launched in 2010, is “centered around the idea of the cycle of life”. Focusing on the changing needs of human life as people pass through different stages in life, the Frendzy is the latest in the series of the concept cars produced under the direction of Laurens van den Acker, Vice President, Corporate Design, after the DeZir, the Captur and the R-Space.

The vision that directs Renault’s design strategy, is all about connecting “the Brand to its customers by following them throughout life : when they fall in love, head off on a journey, start a family, work, play, and reach wisdom…”

Coupled with their new signature, Drive the Change, Renault is using this vision to very comprehensively explore, strengthen and reinforce the brand’s identity about being a truly people-centric company. 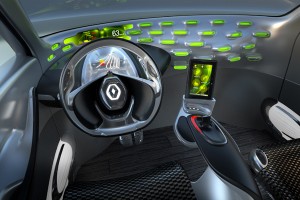 Translating this vision into machines on four wheels, while the two-seater all-electric DeZir, supposedly representative of “the passion present at the beginning of any new adventure”, expresses ‘falling in love’, the “athletic and cheerful” Renault Captur is all about “two people exploring the world around them”.  These were followed by the “playful and ecological” R-Space, unveiled at the 2011 Geneva Motor Show, which caters to the “Family” stage of the human life-cycle, “revolves around children, with a flexible and versatile rear area”.

Summed up by Laurens van den Acker, “DeZir was about our customers falling in love. With Captur, they explore the world and with R-Space, the time has come for them to start a family.” –

The latest in this series of cars based on the human life-cycle, the Frendzy promises to cater to the combined needs of work and family.

Recognizing the often seamlessly interwoven work and family lives that people currently lead, the all-electric Frendzy with its asymmetrical body, and packed with technology, is “efficient and modern as a work tool, yet sporting and warmly welcoming for the family”, according to Axel Breun, Renault’s Design Director of Concept and Show Cars.

The car divides itself along its length to cater to the needs of the work / play concepts, with the passenger side of the Frendzy being the “working” side of the car, and the driver’s side being the family side of the van.

The passenger side has no windows and no center pillar, just a conventional door and a sliding side door designed for ease-of-loading, while the driver’s side has side windows and center opening doors for ease-of-entry for the family.

A 37-inch widescreen display incorporated along the right-side-sliding-door sports a special blackboard-style slate for the children to draw on.

Additionally, the Frendzy provides a large external screen, which can be used as advertising space, while the car is parked as well as when it is on the move; the French car-makers’ proclamation to the world regarding changing marketplace trends in outdoor advertising ?

This external display is controlled by a BlackBerry PlayBook, which docks on the center console next to the driver, and when required, can be undocked and passed along inside the car for other members of the family.

The interior of the Frendzy oscillates between green and orange hues; the former colour, with its futuristic hue, signaling that the car is in “work-mode”, and envisaged for use during the week, and the latter colour symbolizing the warmth of a family environment, also meant by Renault as a subtle reference to the R-space.

The Frendzy’s practical, modular interior, with a fabric roof that adapts itself to the shape of bulky objects, is designed to resemble the strength and timelessness of a “cosy cabin which echoes the simple yet practical world of camping”.