Renault has come up with a new plan called Renaulution to turn around the fortunes of the car company by concentrating on value rather than volume.

Renault plans to cut factory capacity, overhaul its brand by concentrating more on diversity and new technology and depend. The French carmaker will scrap revenue and market share targets and focus only on operating margins, cash flow and return on investments.

This new plan was announced by the new chief executive Luca de Meo on Thursday after board approval. He announced a strategy to increase cost savings by 50 percent from €2 billion to €3 billion by 2025, while lifting profitability targets. 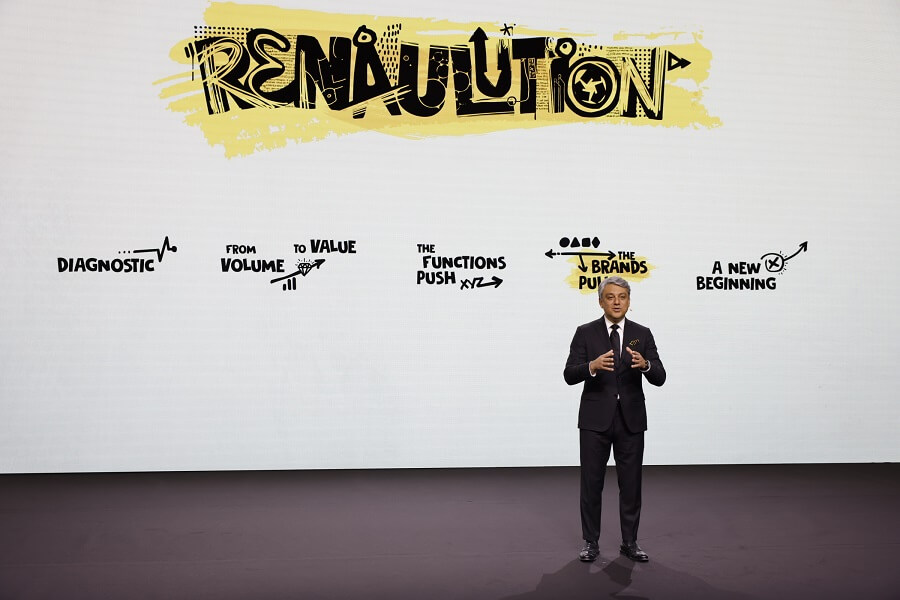 Luca de Meo, CEO Groupe Renault, said: “The Renaulution is about moving the whole company from volumes to value. More than a turnaround, it is a profound transformation of our business model. We’ve set steady, healthy foundations for our performance. We’ve streamlined our operations starting with engineering, adjusting our size when required, reallocating our resources in high-potential products and technologies.”

“This boosted efficiency will fuel our future line-up: tech-infused, electrified and competitive. And this will feed our brands’ strength, each with their own clear, differentiated territories; responsible for their profitability and customer satisfaction. We’ll move from a car company working with tech to a tech company working with cars, making at least 20% of its revenues from services, data and energy trading by 2030.”

“We’ll get there steadily, leaning on the assets of this great company, on the skills and dedication of its people. The Renaulution is an in-house strategic plan we’ll roll-out and achieve the same way we’ve crafted it: collectively.”

The ailing car maker has weathered many storms in the last few years; the least being about the scandal associated with its ex CEO Carlos Ghosn. Unprecedented and costly expansion plans, a changing auto market, and the pandemic have all added to its woes.

de Meo is trying to convince shareholders that he can turn round the carmaker after years of slow sales. It was forced to take a €5 billion state-backed loan and set out a €2 billion cost-cutting plan, including 15,000 job cuts, with almost a third in France.

The company wants to pare down the ambitious plans of Ghosn to turn Renault into the biggest carmaker through its alliances with Mitsubishi and Nissan.

The new plan is to roll out a new organization that will focus on driving efficiency through engineering and manufacturing, leveraging the group’s electric advantage in Europe. Other avenues of growth will be accelerated mobility and energy-dedicated and data-related services.

The company also wants a fifth of its revenue to come from services and data by 2030. Renault aims to achieve 3 percent operating margin by 2023, rising to 5 percent by 2025. Renault will cut the number of “platforms” — the base that a car is built on — from six to three, and the number of engine variants from eight down to four, in order to cut costs. All models to be launched on existing platforms will be in the market in less than 3 years.

The new performance model plans a more profitable product portfolio with 24 launches by 2025 – half of them in C/D segments – and at least 10 full EVs.

The group will also overhaul its four brands, including Dacia-Lada and Alpine — to prevent vehicles from overlapping. Alpine, which so far only makes the A110 sports car, will become a fully electric brand and will develop a battery sports car with Britain’s Lotus.

Companies have raised over $400 billion in the first three weeks of 2021 as stimulus packages from governments and central banks have led to...
3 hours ago

Alphabet-company Google has announced $150 million to promote vaccine education and equitable distribution of the vaccine. It will also open...
4 hours ago