Renault-Nissan-Mitsubishi alliance is setting up a $200 million venture fund to invest in new mobility tech startup, according to reports. The fund will be 40% financed by Renault, 40% by Nissan and 20% by Mitsubishi.

The new mobility tech fund due to be unveiled by Chief executive Carlos Ghosn at the CES tech industry show in Las Vegas next month will allow the auto alliance to move fast on acquisitions ahead of their competition.

Auto industry leaders agree that the automotive industry is ready for disruption. The increasing speed of innovation, especially in software-based systems will further increase demand for upgradeability in privately used cars. Connectivity, alongside autonomous technology, will further allow cars to become a platform for passengers to use their time in transit freed up to productive activities.

In addition, consumers’ new habit of favoring specialized vehicles designed for very specific needs instead of the all-purpose cars of today will lead to a decline in private-car ownership. We already see the early signs, for instance, there is upmarket for a car specifically built for ride-hailing services. This car is designed for high utilization, added mileage, robustness, and passenger comfort. 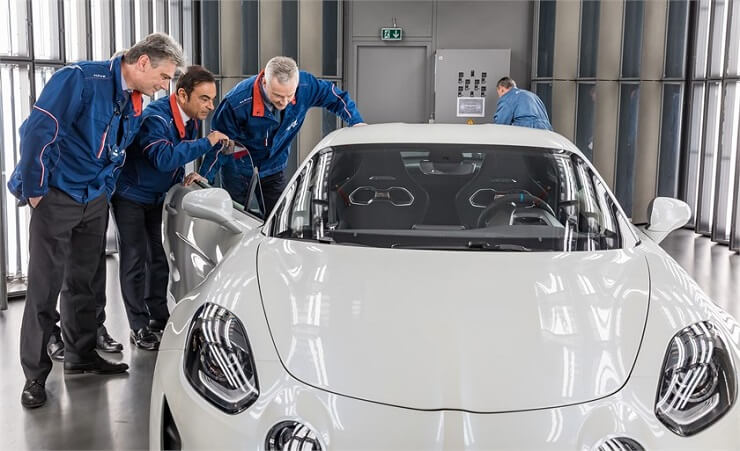 The shift towards electric and self-driving cars has led to traditional automakers struggling to embrace changes and technologies. In order to accelerate the process, automakers are now investing directly in the new services. They are buying access to the intellectual property using venture capital funds.

Keeping up with the Silicon Valley

General Motors’ GM Ventures invested $240 million, and Peugeot-maker PSA Group’s 100 million investment arm. CVS funds is a similar feature of innovative sectors such as tech and pharmaceuticals. Ford teamed up with Baidu, on a $75 million investment in Velodyne, to work on laser sensors of autonomous cars.

The Renault-Nissan-Mitsubishi fund is being set up as a Dutch-registered joint venture headed by Francois Dossa. The former banker also led Brazil operations for Societe Generale and then for Nissan. Despite Nissan’s ambitions to develop self-driving cars by 2022, in addition to a robo-taxi service, the Japanese automaker has avoided tech startups, favoring partnerships with established players such as Japanese gaming software maker DeNA Co.

Renault has made investments including Marcel, a car-sharing platform based out of Paris, and Jedlix, a Dutch smart vehicle-charging technology maker. Renault’s investment arm took control of failed on-demand taxi-hailing app Karhoo to relaunch the business under new management.

Anna Domanska
Anna Domanska is an Industry Leaders Magazine author possessing wide-range of knowledge for Business News. She is an avid reader and writer of Business and CEO Magazines and a rigorous follower of Business Leaders.
« ‘Double Irish’ Tax Loopholes Save Google $19.2 Billion In Tax
Most Innovative Companies of 2018 in Cannabis Industry »
Leave a Comment
Close