Renault Koleos is a luxury SUV for maximum comfort

Mercedes-Maybach Ultimate Luxury SUV Will Be Unveiled This Week

Lincoln Navigator SUV will take you to Places in 2018

If there is an ongoing conversation about automobiles, there will definitely be a discussion about autonomous cars or electric ones. This is mainly because it is the basic nature of humans that anything new intrigues them. And this is exactly what happens with these kinds of cars as well. Everyone is keen to get their hands on any such car but this does not stop other automakers from manufacturing the conventional ones. Among all models, the SUV is the one which is on a high due to its increasing popularity. To add to the persistent competition among SUVs, the Renault Koleos will soon be out in the market in September.

The French automobile manufacturer is mainly known for its efficiency in the production of huge vehicles. The latest model of this automaker aims to retain the brand identity of the company. Right from the 80s, the automaker has a reputation of producing some highly efficient SUVs. The Renault Koleos is its latest venture in the same field. Though this isn’t the first such model, it is an upgraded version of the original model which was initially launched in the year of 2014. The makers of this model confidently claim that it can compete with well-known models such as the Land Rover Discovery, BMW X3, and Audi Q5. 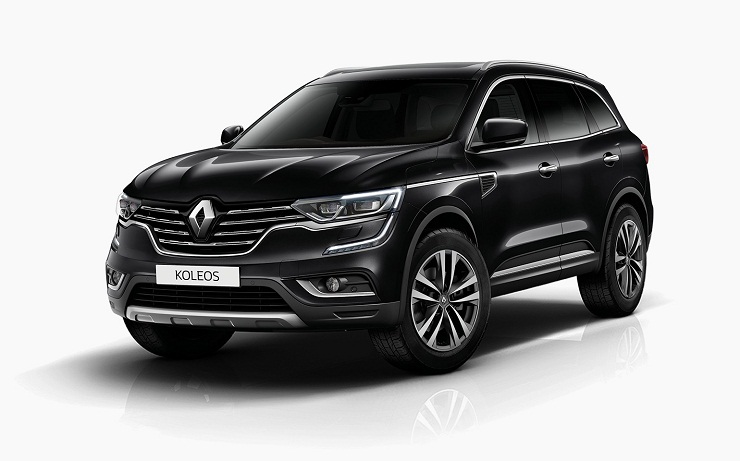 The luxury SUV has a lavish finish with a panoramic sunroof.

Whenever an SUV car is mentioned, the image of an automobile with three rows of seats immediately pops up in our heads. Sorry to burst this imaginary thought bubble but the Renault Koleos is not the same. The company clarified saying that the car has only two rows of seats to provide adequate leg room and boot space. Yet an SUV which doesn’t have the seven-seater option sounds a little odd. This is the first ever diesel variant of the original SUV model.

Starting at the hefty price of $35,752, it is undoubtedly the most expensive model by Renault currently. It will be available in two different kinds of diesel engines. The luxury SUV has a lavish finish with a panoramic sunroof. This is accompanied with halogen headlights, fancy digital dials, part-leather upholstery, along with a seven-inch touchscreen display. To make driving an easier experience for the user, it comes with autonomous parking abilities and a blind-spot warning system. If you pick the premium model, you will also get a four-wheel drive locking system. Even though the Renault Koleos has limited seating for an SUV, that doesn’t compromise on its bulky look. Despite being a luxury SUV, it can easily take care of your off-roading needs as well.