Today at the Hannover Motor Show, Groupe Renault introduced EZ-PRO, a concept in line with its vision of urban mobility services. Renault EZ-PRO is an “autonomous, electric and connected robo-pod concept” designed to bring a solution for last mile delivery services.

Built to integrate into the urban landscape, EZ-PRO is a commercial partner of EZ-GO, an autonomous public transport concept unwrapped in Geneva Motor Show earlier this year.

“Renault EZ-PRO shows our vision of last-mile delivery integrated with the ecosystem of smart cities of tomorrow and the needs of professionals,” said Ashwani Gupta, Alliance Senior Vice President, LCV. “This concept is a solution that would unlock countless opportunities.” 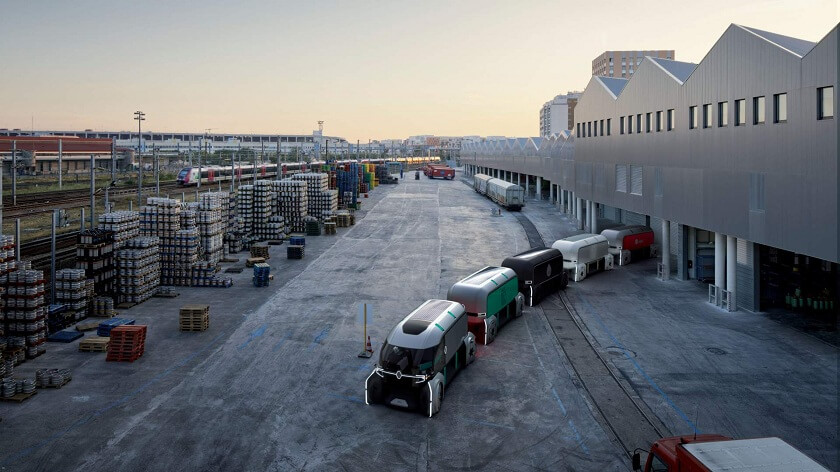 Renault has designed an artistic EZ-PRO concept to offer optimal shipping services to the customers as well as the companies. Source: Renault

The last mile delivery service vehicles make up to 30 percent of the traffic in cities. As the popularity of online shopping is surging, the contribution of delivery services to traffic will shoot upwards rapidly.

Renault, a European market leader in electric vehicles, is determined to change this scenario. It has designed an artistic EZ-PRO concept to offer optimal shipping services to the customers as well as the companies, along with reducing the burden on the city roads.

EZ-PRO concept comprises of an autonomous leader pod and multiple driverless robo-pods. It features satin finish on the body, fairings on wheels, shiny exterior on the opening panels and reflective entities aiding the pods to blend in the city landscape.

In the midst, Renault’s autonomous commercial concept doesn’t let go human control entirely. According to the automaker, people will remain at the core of the last mile delivery services for the projected future.

The leader auto-pod of EZ-PRO concept will accommodate a human concierge to monitor the shipments and its fleet. Here, the supervisor doesn’t need to drive the vehicle but focus on productive tasks such as customized delivery services including fragile products or luxury gadgets.

Each robo-pod could be customized as per the business requirements – for logistics, entrepreneurs, or vendors. 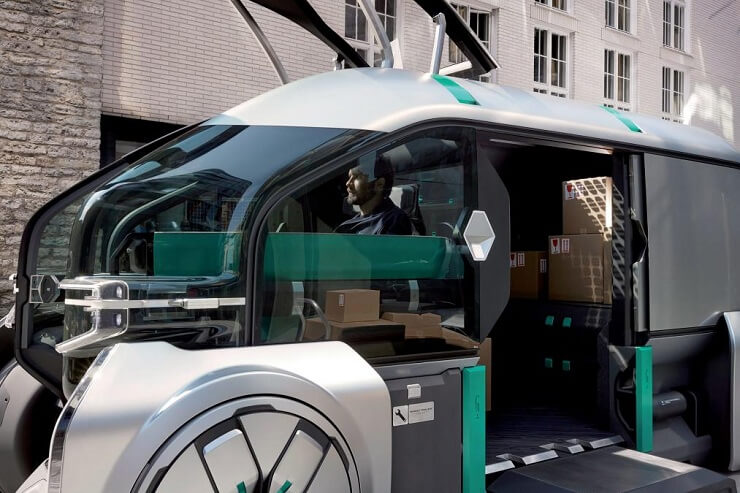 This fleet of Renault driverless robo-pods can move independently or together in a chain. For example, multiple pods managed by a single delivery operator can load different types of products from the same hub. Here each pod has its own paymaster, theme, clientele and delivery place, however, they are operated by a single electric and autonomous platform.

Similarly, each rob-pod of the Renault EZ-PRO can carry multiple deliveries from different retailers. “These shared scenarios contribute to maximize productivity and save costs.” 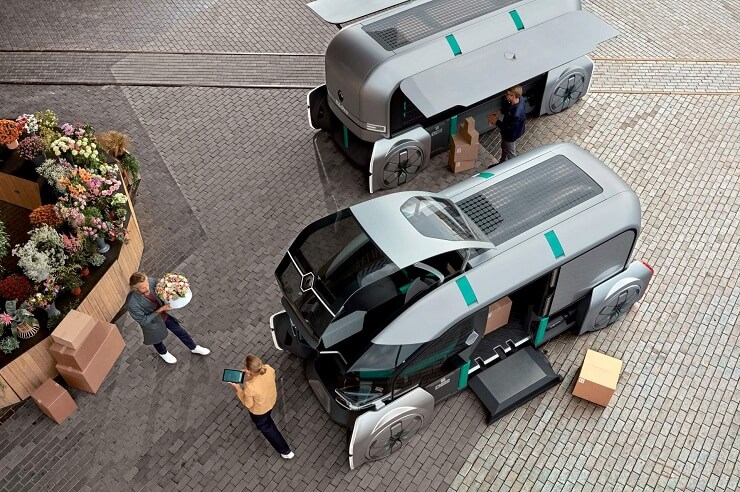 This fleet of Renault driverless robo-pods can move independently or together in a chain. Source: Renault

At the receivers’ end, people will be able to choose a suitable time and location for the delivery of products. In fact, they can choose whether the concierge should transport the parcel at the specified location or they will make use of self-service lockers embedded into the EZ-PRO concept. One can easily access these lockers 24/7 via a mobile app.

The recipients can track their shipments in real-time via an app for smoother last mile delivery services. Renault will further connect these robo-pods to city road infrastructures like traffic lights and traffic control center.