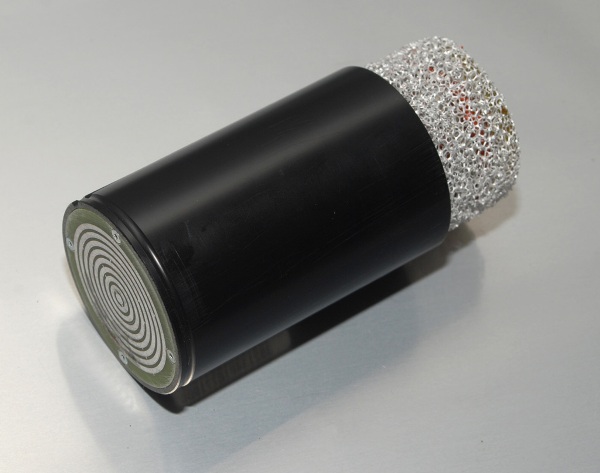 According to the National highway Traffic Safety Administration, around 360 people are killed every year because of police chases. That includes officers, suspects, and bystanders. Therefore, in order to reduce the need of hazardous high-speed chases, police across the United States have adopted StarChase safety system, a discrete method which shoots GPS tracking cartridges onto vehicles attempting to get away.

StarChase safety system employs a double-barreled compressed-air unit loaded with twin 4.5-inch GPS projectiles, which is installed in the grille of a police vehicle. When the officer has to pursue a suspect, he or she uses an in-car console or remote key to activate the launcher. By using laser acquisition to target the suspect’s vehicle, the system shoots one of the GPS tracking cartridges onto it. The projectiles stick since they are tipped with an industrial-strength adhesive. This kind of police chasing technology meets the U.S. Army Research Lab’s “less-than-lethal” weapon standard.
Once the suspect’s vehicle is tagged, the GPS unit transmits the car’s coordinates, speed and heading every 3 to 5 seconds to police dispatch. As soon as officers know that the tag is set, they can pull over and wait for backup. Thinking that they are out of danger and not being followed, suspects go back to normal speeds or stop, allowing officers to perform a safer apprehension. A police officer can follow the suspect home and perform a sobriety test or arrest him on the spot. Furthermore, the tracking data can be retrieved from the GPS tracking cartridges and used as evidence in a court of law.
The president of Virginia Beach, Va.-based StarChase, Trevor Fischbach, came up with the idea of this police chasing technology, which costs about $5000 per vehicle, more than 10 years ago and has been working on it in consultation with law enforcement ever since. “The agencies using StarChase report back that officer behavior across the entire on-duty patrol is totally different,” Fischbach commented. “Normally, when officers hear ‘pursuit in progress’ over their radios, they fly to the scene. StarChase reduces that adrenaline. Now, when they hear ‘StarChase’ over the radio, they stay put and wait for further instructions from dispatch.”
Another advantage of this technology is that it does not require a warrant. StarChase safety system is in plain sight, unlike other GPS units, which are hidden underneath vehicles.

Who is using it?

Arizona Highway Patrol, the police department in Austin, Texas, and Iowa Highway Patrol are among the more than 15 law enforcement and government agencies in the United States currently using the StarChase system. This police chasing technology has even being used to fight drug trafficking in Arizona, near the U.S.-Mexico border, for two years. Last May, it helped officers track fleeing vehicles and confiscated 2,328 pounds of marijuana. 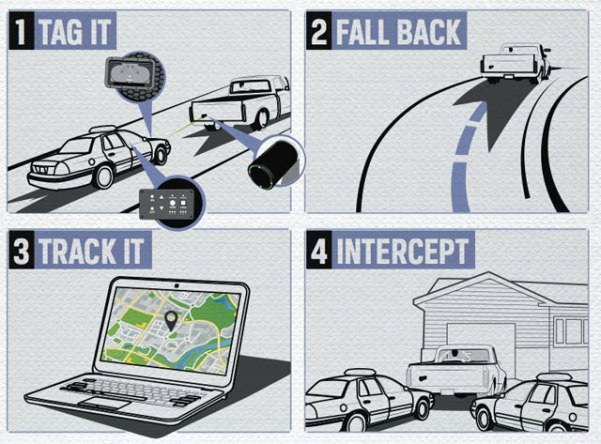 Laura Gomez
« Be ready to make a call from your mobile up in the air!
Is ranking employees truly beneficial? »
Leave a Comment
Close