Redwood Materials, a battery recycling startup launched by Tesla cofounder and former chief technology officer JB Straubel, will be one of the first companies to get capital investment from Amazon’s Climate Pledge Fund.

The $2 billion venture fund has been created to back companies that are innovating to reduce carbon emissions. The fund was launched in June and is focused on “building technologies, products and services that will help Amazon and other companies accelerate the path to net-zero carbon.” Redwood is one of five companies Amazon is investing in.

Jeff Bezos, Amazon’s chief executive, said in a statement that this first batch of companies were “channelling their entrepreneurial energy into helping Amazon and other companies reach net zero by 2040 and keep the planet safer for future generations.”

Nevada-based Redwood extracts lithium, cobalt and nickel from old smartphones and other electronics for reuse in new electric batteries. The company has not yet revealed how much has the fund committed in investment.

Redwood earlier closed a $40 million funding round this year, its first, with backing from Capricorn Investment Group and Breakthrough Energy Ventures, another environmental fund backed by Jeff Bezos and Microsoft’s Bill Gates. It has a partnership deal with Panasonic Corp. r to recycle scrap materials that it generates at Tesla’s Gigafactory in Sparks, Nevada. 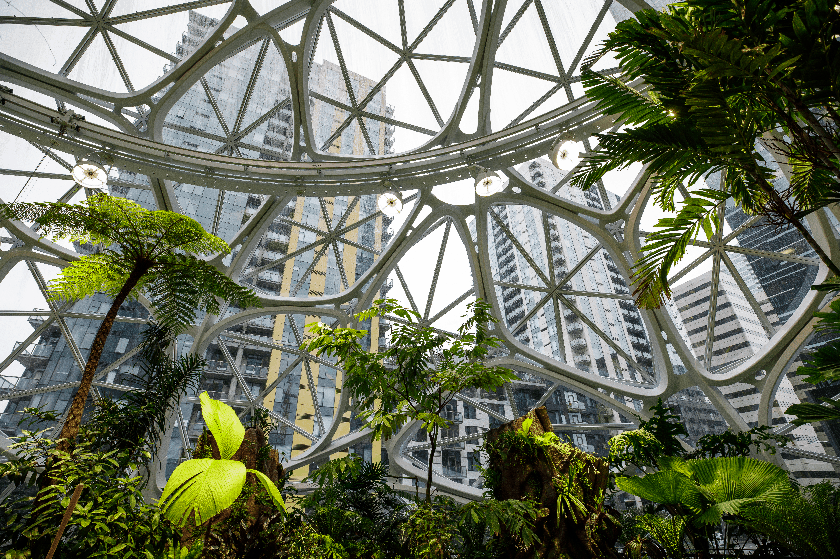 “To fight climate change, we need to solve the impact products have on the environment,” Redwood cofounder and CEO JB Straubel said. “We’re honored to be part of the Amazon’s Climate Pledge Fund and to build the closed-loop supply chain that will recycle batteries, electronics and other end of life products for Amazon.” Straubel was a part of Tesla’s original founding members and instrumental in designing the company’s electric motors He left Tesla Motors in 2019. Straubel helmed the design of the battery pack and electric motor that went into its original Roadster a decade ago. He also worked on other components for the company’s subsequent vehicles, from Model S through the X, 3 and Model Y. Dozens of Tesla patents credit Straubel as an inventor. A Stanford University engineer, Straubel summed up his time with the company as “an adventurous 16 years.” “I’m not disappearing,” he said. “I want to make sure that people understand that this is not about some lack of confidence in the company or the team or anything like that. I love the team, I love the company and I always will.”

Straub’s company will be recycling used batteries to cut down on electrical waste and carbon foot prints and promote sustainability. Calling it “circular supply chains” the aim is to save the environment from harmful waste. As part of its partnership with Amazon, Redwood will help the company recycle electronic components, electric vehicle and lithium-ion batteries and e-waste from other parts of its businesses. The other company to receive funding from Amazon’s fund was Rivian, a startup and manufacturer of electric trucks. It received $440 million as a direct investment. And it inked a deal with Amazon to supply it with 100,000 electric delivery vans by 2030. The other three companies to receive funding by the Climate Pledge Funds are Carbon Cure, which uses recycled CO2 in construction materials; Turntide Technologies, maker of a software-driven energy efficient motor being piloted in Amazon’s facilities; and Pachama, a company that monitors the progress of carbon-offsetting obligations by analyzing satellite imagery.