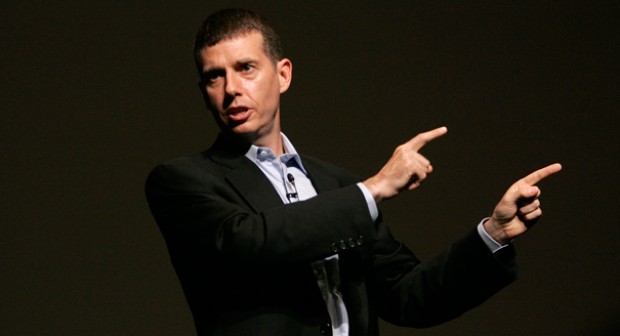 An hour before Friday midnight, the U.S Government shutdown was averted by a last minute deal struck between the White House and the Congress, and thousands of federal employees across the United States breathed a huge sigh of relief.

Following Obama’s openly voiced concerns about the final deal, including a number of funding cuts that he otherwise wouldn’t have approved of, Obama’s senior advisor David Plouffe announced across a number of television shows that the President would announce a new plan on Wednesday that would help bring down the trillions of dollars in federal deficit that the country has currently accumulated. And key to this new plan would be taxing the rich a little bit more.

According to Plouffe, a prime highlight of the new deficit-reduction plan to be announced on Wednesday will include going against the GOP Plan that would make the Bush tax breaks for the rich permanent and instead pulling back the tax cuts that Americans earning more than $250,000 a year are entitled to.

Speaking on NBC’s ‘Meet the Press’, Plouffe said, “I think the president’s goal — and he’s been clear about this – is to protect the middle class as we move forward here… So [wealthy] people like [Obama] … who’ve been very fortunate in life, have the ability to pay a little bit more.”

The plan would also look at cuts to the Medicare program for senior citizens and Medicaid for the poor and the disabled, though Plouffe also indicated that Obama would position Social Security as a minor contributor to the country’s short-term deficits.

Funding for education and other areas however, which have always been positioned by Obama as crucial to America’s long-term growth and economic success, will be preserved in the new plan to be announced Wednesday according to further statements by Plouffe.

Regarding preserving funding in these areas, Plouffe said, “The president clearly believes that we can still grow economically with smart deficit reduction… But it’s got to be smart. If we’re just going to cut student loans, cut Head Start, cut medical research, we’re not going to be the country in terms of the economy that we need to be.”

Planned towards cutting down spending by $6.2 trillion over 10 years, the GOP plan was introduced last week by Paul Ryan, the House Budget Committee Chairman.

The methodology adopted by the proposed GOP Plan aims to close tax loopholes by revoking the healthcare-reform law passed by Congress last year, bringing down Medicaid expenses for the poor and disabled, privatizing Medicare for senior citizens as well as maintaining and making permanent the Bush-era tax breaks for the rich.

The new plan to be announced by Obama on Wednesday is positioned very differently to the GOP Plan – what remains to be seen is what kind of numbers and deficit-reduction amounts Obama mentions and whether these are able to compete with the spending cuts promised by the GOP Plan.