Over time, mankind has degraded the planet’s most valuable resource – its atmosphere. Now it is time to do something.

From unusual wildfires across the globe to the unprecedented heatwave of Siberia, the impact of climate change was felt in every corner of the globe in 2020. Humanity has now come to a “moment of truth,” United Nations Secretary-General Antonio Guterres said in his State of the Planet speech in December. “COVID and climate have brought us to a threshold.”

The amount of carbon dioxide in the atmosphere reached record levels in 2020, hitting 417 parts per million in May 2020. The last time CO2 levels were consistently at or above 400 parts per million was around four million years ago, during the Pliocene era, when the world was 3℃ warmer and sea levels were 10-25 meters (33-82 feet) higher than they are today.

“We are seeing record levels every year,” says Ralph Keeling, head of the CO2 programme at the Scripps Institution of Oceanography, which has been monitoring CO2 concentrations from the Mauna Loa observatory in Hawaii since 1958. “We saw record levels again this year despite COVID-19.”

In the three years since 195 nations pledged in Paris to cap global temperature increases at 2 degrees Celsius, a few things have become unmistakably clear.

The world must quickly phase out the fossil fuel industry. And that is no longer enough.

We need CO2 removal strategies that also act as an essential bridge to a clean-energy future.

“CO2 removal has gone from a moral hazard to a moral imperative,” says Julio Friedmann, senior research scholar at the Center for Global Energy Policy at Columbia University. 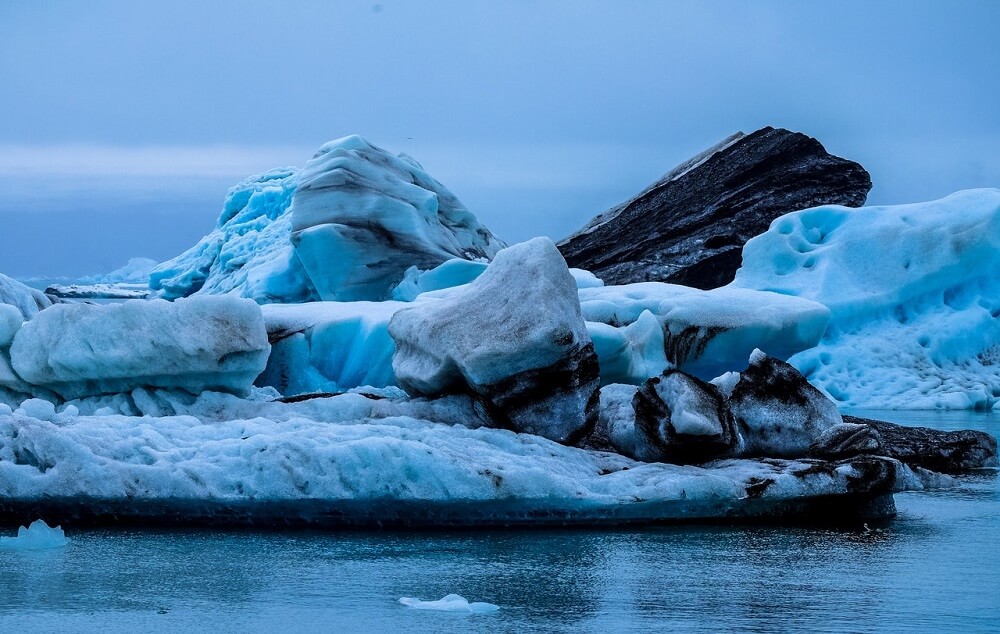 Is direct air capture technology the next big thing?

There are several reasons to put this at the forefront of our climate strategies and targets. With economic recovery, gas-to-coal switching and low fossil fuels will drive energy sector CO2 emissions 1.4 gigatons (4.4%) higher year on year in 2021, according to S&P Global Platts Analytics. We are clearly not moving with the right momentum to reduce carbon dioxide emissions – or even in the right direction.

“The longer we have postponed drastic reductions, the more daunting the challenge of achieving those reductions in the necessary time frame,” says Erica Belmont, a University of Wyoming engineering researcher.

Even if the developed part of the world switched to renewables, poorer nations would likely to fall behind in the race. CO2 emissions from some industries, such as steel and cement production, which contribute significantly to the world’s greenhouse gas emissions, will be challenging to eliminate. The cheapest (and cleanest) kinds of sustainable aviation fuel still cost roughly twice as much as conventional jet fuel.

The good news is that CO2-removal technology has advanced at a far greater speed than expected in the last decade, says Stephen Pacala, a Princeton professor who oversaw a study of carbon remove strategies published by the National Academies of Science.

The cost of machines that directly capture CO2 from the atmosphere has fallen by two-thirds or more. Advances in research and developments from industrial carbon-capture have helped push for innovation in efforts to absorb carbon dioxide from the atmosphere.

From capturing and reducing carbon dioxide to creating negative emissions, we’ve found the five carbon capture and storage startups putting climate action at the forefront of their mission statement. 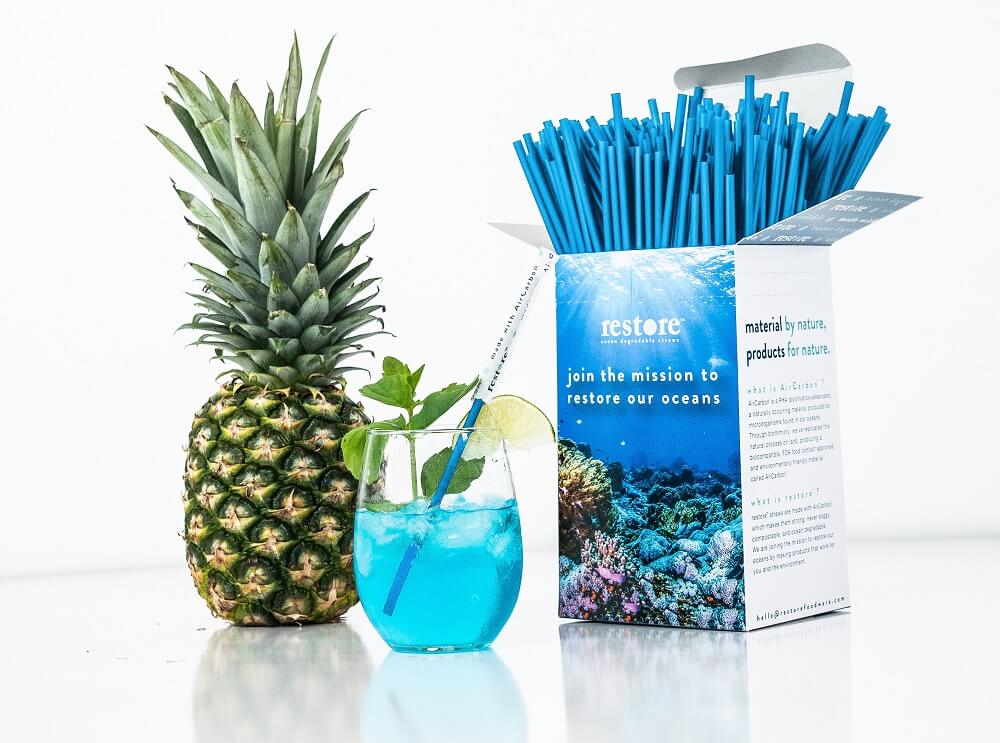 Big Tech including Amazon, IKEA and General Motors are making moves to reduce their greenhouse gas emissions by shifting their entire business and supply chain to being carbon neutral.

Newlight Technologies hopes to nip this carbon emissions problem in the stem with a soil and marine degradable material that can be molded like plastic. The California-based company has spent more than a decade developing a high-performance biomaterial it calls ‘AirCarbon,’ which is exactly like plastic but is completely biodegradable.

The material is made of microorganisms found in the ocean that feed on carbon dioxide and methane – two greenhouse gases among the largest contributors to global emissions. The microorganisms turn those gasses into a natural polymer that can be shaped or molded just like plastic.

In 2014, US telecom leader Sprint announced it would produce black and pink cases for the iPhone 5 and iPhone 5s using AirCarbon. Two years later, IKEA acquired exclusive rights in the home furnishing industry to use Newlight’s carbon-negative PHA material for use in its home furnishing products.

Today, Newlight’s AirCarbon technology has been adopted by a range of leading companies including The Body Shop, Dell, IKEA, Hewlett-Packard, KI, Sprint, and Virgin to make packaging goods, containers, furniture, cell phone cases, and a range of other products.

This last Fall, Newlight itself actually launched two brands: Restore foodware, which offers high-quality, ocean degradable straws and utensils made of AirCarbon; and Covalent fashion, which offers carbon-negative eyewear and accessories made with AirCarbon. 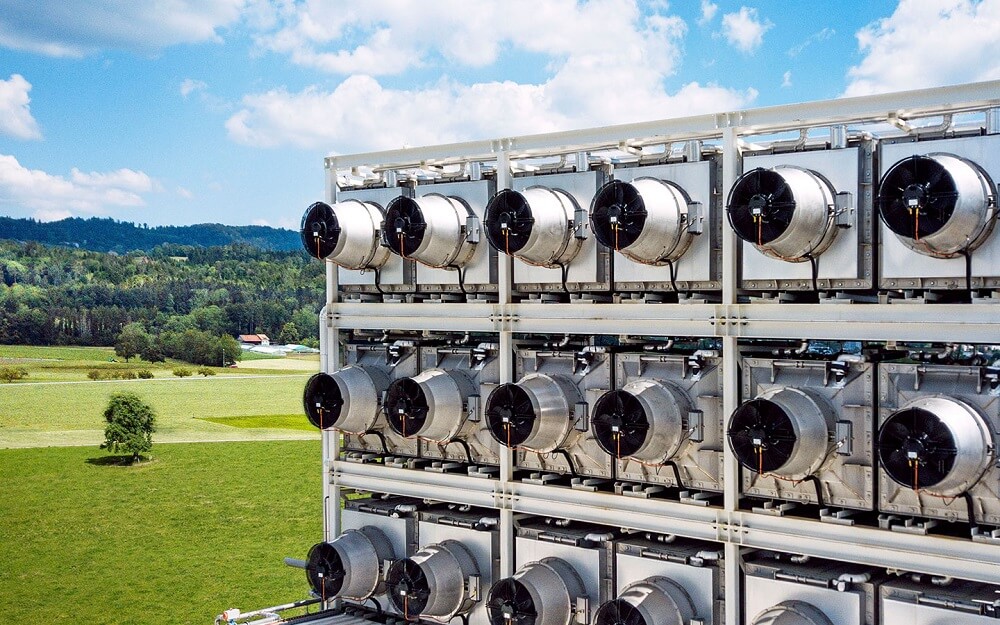 The world’s biggest polluters are under immense pressure to help curb an alarming rise in temperatures, and carbon capture is increasingly garnering attention from investors as a viable tool to remove emissions. Apart from Carbon Engineering, the Swiss company Climeworks is also looking to scale up its direct air capture technology.

Climeworks builds giant machines that capture carbon dioxide from the air and store it in solid state underground to create negative emissions. The air-captured CO2 can also be upcycled into climate-friendly products such as carbon-neutral fuels and materials, or delivered to high-profile clients, such as The Coca-Cola Co., who then use it to put bubbles in fizzy drinks. 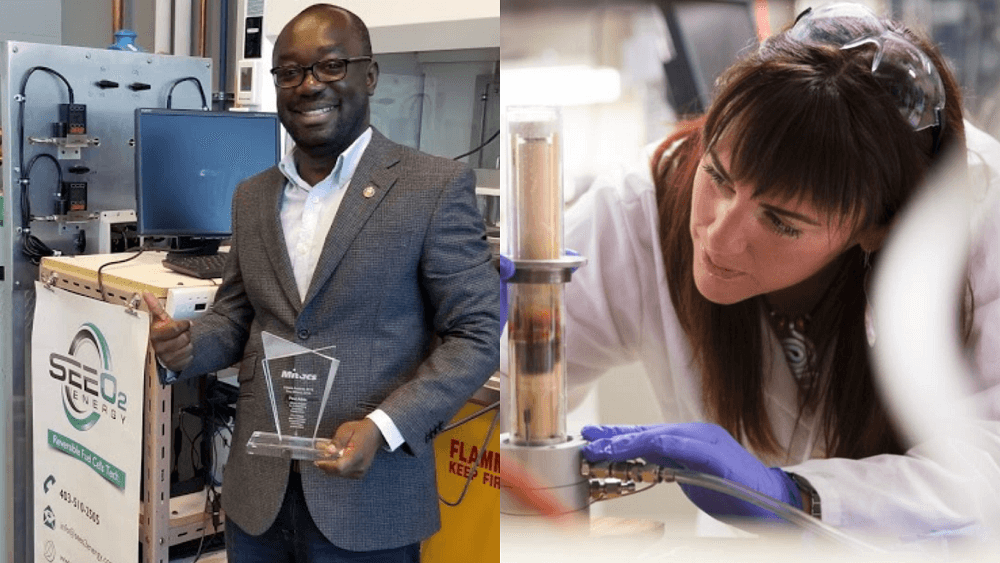 The World Economic Forum is certain that sooner or later, CO2 as a resource will become an economic factor. Unlocking the potential of this idea is SeeO2 Energy Inc. of Canada. Since being launched in April 2018, SeeO2 has made a name for itself in the energy industry.

The company’s founders have developed and commercialized a high-performance electrolysis system in which CO2 could be collected, broken down and used as part of a range of chemicals.  At the heart of this system is a patented catalyst material which is capable of converting water (H2O) to hydrogen (H2) and CO2 to carbon monoxide (CO). It also allows CO2 and H2O to produce syngas, a mixture of CO and H2. This syngas is known for stability, which makes it difficult to break the bonds that hold CO2 together, however, SeeO2’s calayst manages this with ease.

All the products of this process can be used for a range of applications, or further converted to renewable natural gas, ammonia and methanol to name a few.

SeeO2’s electrolysis system can also be used by utility companies to convert H2, CO2, syngas and methane to power and heat for off-grid or remote customers. The CO2 can also be used to produce materials like green plastics and polymers.

The company’s exciting technology has garnered interested from green plastics, chemical and metal processing industries bigwigs in America, Europe and Asia. Currently, tests are underway with a US-based green plastics producer and ATCO energy, a natural gas utility retailer who are keen to apply SeeO2’s technology in their everyday business. 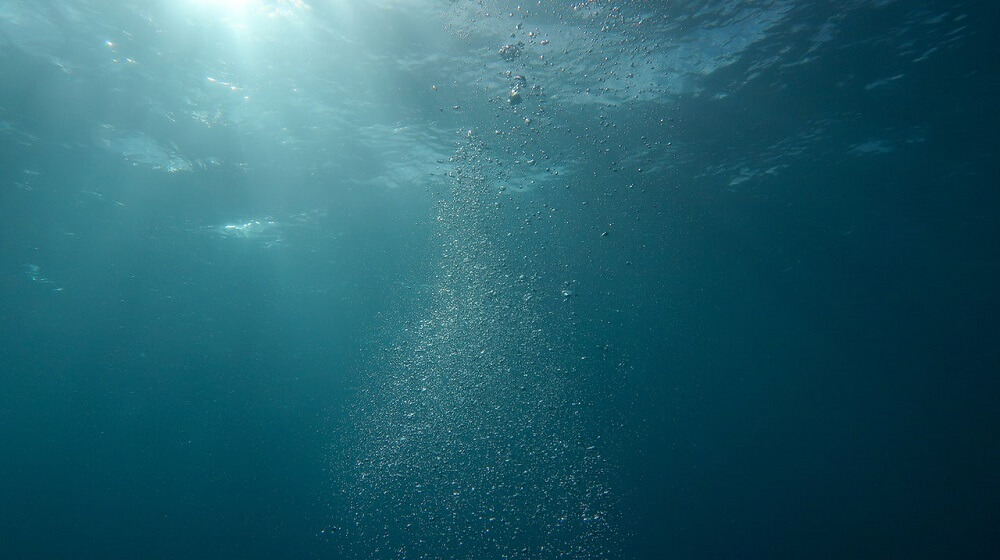 Scientists believe that the oceans currently absorb over one-third of the CO2 produced from fossil fuel emissions. If the oceans did not soak up any CO2, our atmospheric CO2 levels would be much higher than the current level of 420 parts per million (ppm) – likely well above 500 ppm, with much worse weather extremes, flooding, droughts, etc. The reason is that excess CO2 acts like a blanket, trapping heat in our atmosphere.

Ocean-based Climate Solutions, Inc. is focused in leveraging and amplifying the ocean’s natural ability to fight climate change. The company’s technologies can help restore and amplify these natural processes while benefitting marine ecosystems. It uses ocean waves as the energy source to generate upwelling which delivers nutrients to the sunlit upper ocean. In the well-known process of photosynthesis, these nutrients grow phytoplankton – single cell algae – which absorb CO2 and this reduces atmospheric carbon dioxide levels.

This year, the privately-held company plans to introduce its Stock For Carbon program as an alternative financing mechanism to remove carbon dioxide. Under this program, public-traded corporations can actually “come clean” and eliminate their carbon footprint within about 15 years at zero direct cost, using the wave-energy upwelling pumps provided by Ocean-based Climate Solutions, Inc.

The company is a spin-out of the parent company Atmocean, Inc. founded in 2006, a recognized leader in the Greentech, Cleantech, and Climatetech sectors. 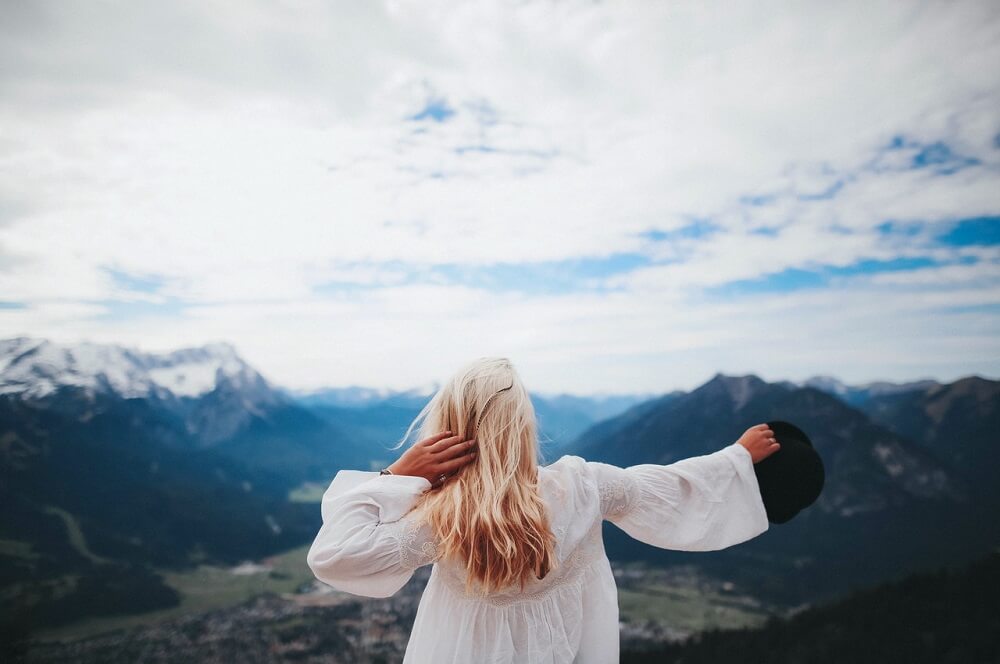 Audi has confirmed that there will be multiple variants of the etron, including “basic versions optimized for minimum consumption and maximum range.
2 hours ago

Royal Dutch Shell commences share buybacks before the end of this year while reducing its first quarter dividend to 16 cents per share, a 66% cut.
4 hours ago