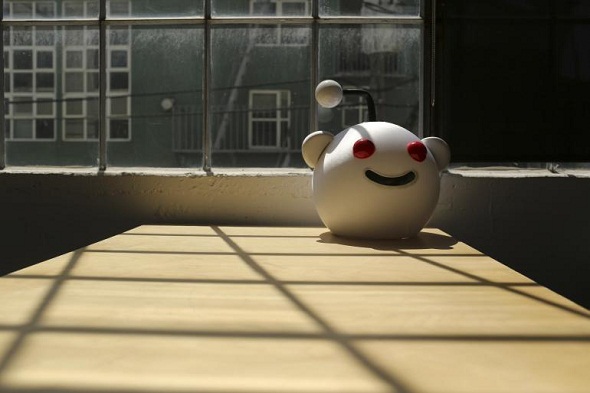 A Reddit mascot is shown at the company’s headquarters in San Francisco.

The world’s most popular online forum reddit announced Wednesday a new crowdfunding platform, the Redditmade, a new competitor to the likes of Kickstarter and Indiegogo. According to Reddit, the home-grown platform is designed to help its users raise funds to bring their campaigns to fruition.

“Redditmade gives you the flexibility to create almost anything you want, easily raise money, and support causes you care about,” the site’s introductory post said. “It’s also a great way for others to find awesome new products they’ll love and support other redditors while knowing their information and money will always be secure.”

The new site, which launched in Beta mode, has already found many campaigns. Most of the campaigns featured on Redditmade include T-shirts with different subreddits’ alien logos or jokes printed on them. Like all crowdfunding platforms, Redditmade requires users to submit a project design or an idea, set a funding goal and bring in people’s funding to reach the target within a 30-day time limit on campaigns. Once the projected goal attained, the money will be transferred to the creator of the project and if the project doesn’t achieve its goal, the backers will not be charged.

Privacy controls are also a prominent feature on the hugely popular site. People pledging to Redditmade campaigns will not have to disclose personal details, except payment information and shipping details if it is a physical product.

“The profit of each campaign can be donated to any organization, charity, event, or individual, so your money can support other redditors or the causes that matter most to you,” the site said. “We provide a secure way to raise funds and make it easy to pledge your payment, but we won’t charge you until the campaign reaches its goal. If it does, hooray! We’ll start production and send you your product soon. If it doesn’t, you won’t be charged a penny. Campaign creators will never have access to any of your personal information, ever.”

The social news site is massive and has over 5 billion monthly page views and 115 million unique visitors each month. The site has more than 8,000 active subreddits which makes its jump into crowdfunding a significant one.

Additionally Redditmade is also associated with charity. Moderators can choose to donate the profits from their campaign to charity that means that if a project is over-funded, a good home is found for the extra cash raised.