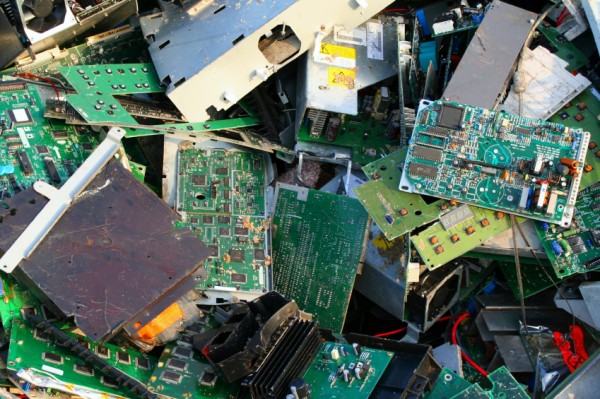 Electronic waste, or e-waste, has been a problem for some time, with local governments trying to do their part to handle the millions of tons of obsolete electronics that are disposed of every year. E-waste and e-recycling programs may be common in cities, but it’s just recently that big business and industry leaders have taken notice that recycling e-waste is not only good for the environment, but is also good business.

Global E-Waste Market to Grow for Next Decade

Not only did the global e-waste market grow 10 percent in 2010, but the global e-waste market is also expected to grow for rest of the decade. Collection services alone more than tripling by 2020. In 2011, China and India are estimated to retain the largest market shares, in terms of value, with approximate 24 percent and 22 percent respectively. E-waste is estimated to comprise only .01% to 3% of the world’s total solid waste stream. Despite being such a small portion of world waste, e-waste is receiving a lot of attention due to both its high toxicity and its rapid growth (two to three times faster than any other waste stream). Because of its economic value, e-waste, thus, recycling e-waste and e-waste management, is quickly becoming less of an environmental problem and more of a market opportunity.

A major factor contributing to this boom in e-waste recycling and e-waste management is the increase in popularity in devices such as smartphones, tablets, and laptops. This popularity also fuels the new technologies and new versions being released every so often, urging people to buy a newer device and to throw out the old one. Another factor behind the global e-waste market is the growing recognition of valuable substances, such as lead, copper and gold, which are found in some e-waste components. These resources may be reclaimed at a profit and subsequently reused, which makes a lot more sense than simply throwing them away. Reusing these materials is also a good idea, since they can be harmful to the environment and to human health.

How Much will E-Waste Recycling Grow?

In 2010, the e-waste recycling and reuse services market value totaled close to $6.8 billion, up from $6.2 billion in 2009. That’s the 10 percent increase in 2010. So, how much growth in the global e-waste market will we see in 2011 and 2012? Maybe even more than 10 percent. With the holidays in full swing, the global e-waste market may see many more people than usual pitching old products for the new ones they got for Christmas. According to the Consumer Electronics Association, Americans now own approximately 24 electronic products per household, each with an ever-shortening lifespan. As this continues, countries like China and India will emulate that behavior, as their populations become wealthier and have it easier to live an American lifestyle. Also, only a small percentage of electronics end up into an e-waste recycling program or facility. The rest go to landfills. There’s still plenty of opportunity for businesses and industry leaders to expand into the global e-waste  market and to not only do a good thing for the environment, but to earn a healthy profit.