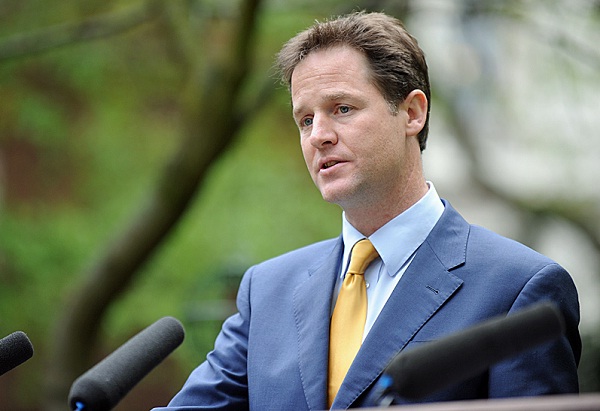 At last! The UK Green Deal energy efficiency scheme is due to be entirely launched on the 28th of January. The green initiative has been strongly backed by Nick Clegg, the Deputy Prime Minister, and Ed Davey, the Energy Secretary. According to the scheme, Britons will be able to borrow money to pay for energy efficiency improvements so that they can go green and save money in the future. However, the industry has welcomed the launch of Green Deal with mixed feelings.

To join the program, which is targeted at approximately approximately 15 million homes, owners need to get a review of their property. According to the Green Deal, reviews will be conducted by independent assessors who will additionally advise on possible eco-upgrades and measures, and energy saving plans as well. As many as 45 energy efficiency improvements, such as heat pumps, energy efficient boilers, etc., are included in the Green Deal and may be chosen by the homeowners who will decide to participate in the program. The program allows property owners to install these improvements at no upfront cost, thereby making the loan favorable. According to details of the program, costs will be paid by cost-effective loans provided by Green Deal Finance Company (GDFC) which will, however, collect a small additional charge on customers’ energy bills for up to 25 years.

The UK government has decided to launch  the Green Deal after witnessing increases in gas and electricity costs. The increases have been experienced by millions of Britons. The Green Deal is aimed at reducing those costs so that British customers will not see their standard of living deteriorate more.

What is more, the UK government is strongly convinced that the energy-efficiency scheme will boost the economy. Deputy Prime Minister Nick Clegg has underlined: “The UK green sector is a success story – it is the sixth largest in the world and has a crucial part to play in building a strong economy,” adding that the Green Deal is expected to create new jobs.

The Department for Energy and Climate Change also informed that many households were interested in the energy-efficiency scheme; however it declined to disclose any figures. The officials of the UK government are strongly convinced that the Green Deal will be favorable and profitable as it will help property owners pay less for energy.

While the objectives of the Green Deal are idealistic and laudable, some experts question the economics of the energy-efficiency scheme as it charges high interest rates ranging from just 6.96 percent to over 9 percent. In addition, the program requires the involvement of an independent assessor who will charge for visiting homes and advising on possible eco-improvements and energy saving plans.

Critics of the Green Deal also call attention to the possible issue of the property’s future saleability as potential buyers might not be keen on purchasing a house with a green deal loan attached to it.

According to the avid opponents, the program  might not lead to any savings. They also question the conviction that the energy-efficiency scheme will help UK families avoid poverty. Some also note that the green deal loan might turn out to be more expensive than other ways of introducing energy efficiency improvements. In fact, this is the biggest controversy revolving around the energy-efficiency scheme. Even some pro-green groups are not convinced whether the Green Deal will deliver any savings.