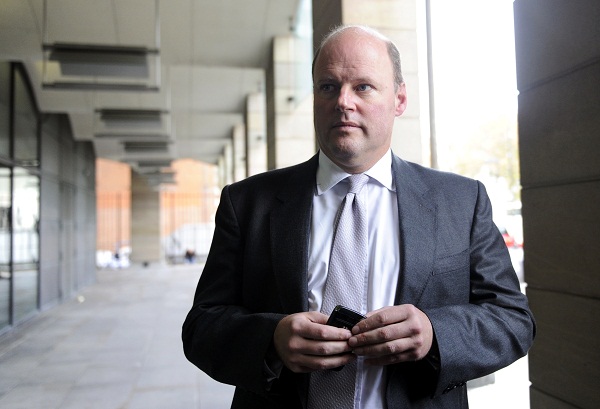 The RBS’ chief executive, Stephen Hester, noted that the rate-rigging scandal affects the whole industry. However the huge fine of $290 million, which was charged on Barclays, helped to distract the attention from the computer meltdown at the RBS. The failure is said to have prevented up to 13 million customers accessing their bank accounts for up to a month.

However, as it was stated by the Stephen Hester: “RBS is one of the banks tied up in Libor. We’ll have our day in that particular spotlight as well.” He admitted that the investigation by the Financial Services Authority is ongoing and that could not give the exact size of the RBS’s fine.

Stephen Hester believes that the rate-rigging affair affects the whole industry. He said: “Even though when all the Libor [fines] are out most of it is going to be around the wrongdoings of a handful of people at a number of banks,” adding that: “Those wrongdoings taint a whole industry beyond the handful of people and that makes it a huge problem.”

These days the report regarding the first-half results is being prepared. However those figures will be affected by the fact that RBS is believed to have paid £25m to a businessman who was mis-sold products intended to protect against interest rate rises. Still it is worth stating that the RBS’s chief executive, Stephen Hester, has already waived his bonus for 2012. His decision was caused by the public reaction to his £1 million bonus for 2011.

Meanwhile, the Stephen Hester’s “clean-up” operation is making its way toward completion. He expects the RBS to exit the asset protection scheme, which was set up to insure £300 billion of the bank’s most toxic assets. However, even then, it will be a challenge to sell off some 90 billion shares. Stephen Hester remarked: “The process of the taxpayer getting its money is going to be longer and slower than we hoped in the past because the economy is recovering slower and the regulatory picture has changed.” Although he added: “But I believe it will happen … even if it is a lot more slower than we thought.”

The recent IT meltdown will cost a lot. Stephen Hester admitted that RBS could have avoided the crisis if it had spent more on upgrading existing systems rather than on developing new ones. “RBS has seen a big mushrooming in spending on technology. With hindsight maybe a bit more of that increase in spend should have been in the core taken-for-granted systems that work every day. Some of our focus was on the new things people want,” he noted.

Royal Bank of Scotland is believed to give away a further £100 million provision for payment protection insurance (PPI) mis-selling. The cost of its IT breakdown is expected to be valued at an £100 million. The exact sums will be known on Friday, when the RBS’s half-year results are to be published. Moreover the results of Financial Services Authority’s investigation are still unknown.