RBA will hold on to 4.75% interest rate; Governor Glenn Stevens 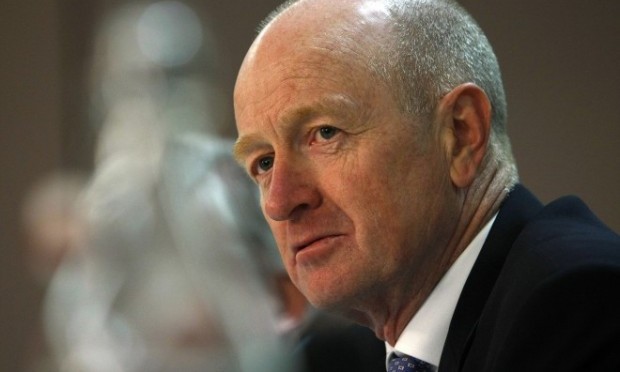 RBA will hold on to 4.75% interest rate; Governor Glenn Stevens

Representative of the lowered economic outlook for Australia, given Europe’s debt crisis and economic slowdown in China and India, the Governor of the Reserve Bank of Australia, Glenn Stevens, announced that interest rates would be left unchanged at 4.75%.

While maintaining optimism about Australia’s medium-term growth prospects, saying that, “Over the medium term, overall growth is still likely to be at trend or higher, if the world economy grows as expected”, Governor Stevens conceded that given the supply chain disruptions due to the Japan earthquake, in addition to the Asian slowdown and the Europe crisis “growth through 2011 is now unlikely to be as strong as earlier forecast”.

The Australian economy has also been significantly affected by the floods and cyclones witnessed by the country over summer.

As a result of all these factors, Stevens said, “Growth in credit to households… has slowed. Most asset prices, including housing prices, have also softened over recent months.”

Asian countries, especially two of the BRIC super-powers, China and India, have played a very important role in driving Australia’s economy over the last few years, given their growing demand for Australia’s resources. These two countries account for about half of Australia’s exports.

However, these countries, particularly China, have implemented a number of monetary tightening measures, in fear that their economies might overheat and collapse. Consequently, their demand for Australia’s resources has reduced and could fall further.

According to a report released yesterday, China’s non-manufacturing industries have recorded a June expansion which figures as the slowest over the last four months.

The earthquake in Japan has fuelled this slowdown, as has the exceedingly slow economic recovery of other developed economies.

Talking about employment levels on the other hand, Stevens said that “Growth in employment has moderated over recent months and the unemployment rate has been little changed, near 5 per cent. Most leading indicators suggest that this slower pace of employment growth is likely to continue in the near term.”

RBA Governor Stevens, while announcing the unchanged interest rates and justifying the appropriateness of “the current mildly restrictive stance of monetary policy”, also forecast that as coal production slowly resumes, following the disastrous floods, a boost in output levels will be seen over the coming months, which is likely to further economic growth.

Overall building efforts, which are likely to intensify, would also further demand.

Growth in wages has returned to levels equivalent to those seen prior to the significant decline witnessed in 2009, a positive sign.

Stevens also said, as part of his announcement; “Signs have continued to emerge of some greater willingness to lend and business credit has expanded this year after a period of contraction.”

Given these positive signs, Stevens said “CPI inflation is expected to be close to target over the next 12 months. In underlying terms, inflation has been in the bottom half of the target range, though a gradual increase is expected over time.”