College Dropouts are NOT Failures, Proved these Billionaires 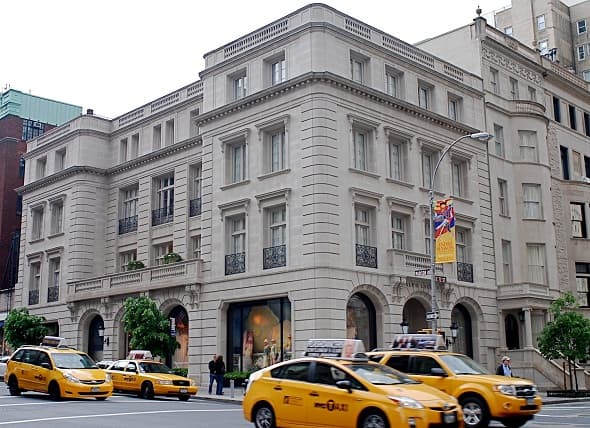 One of the most established luxury brands, Ralph Lauren could be the first big fashion brand out of the stalls when it comes to combining clothes and smart technology.

Ralph Lauren Corp. has unveiled a line of Polo Tech smart shirts, which is being worn by some ball boys and athlete Marcos Giron at this year’s U.S. Open tennis tournament. With this the company hopes to bridge the gap between luxury and smart technology in the clothing sector.

The new biometric shirt has bio-sensing silver fibers knitted into the fabric that has the ability to gauge a number of physical aspects such as heart rate, breathing, the number of steps a person has taken and the amount of calories burned. Right below the chest there’s a band of thicker material that snaps a black box to the shirt. It also comprises Bluetooth to sync with mobile devices, as well as an accelerometer and gyroscope to track movement. Data goes from the shirt to the black module to an app on the smartphone or tablet. The black module can be removed to recharge before the shirt goes for a wash. 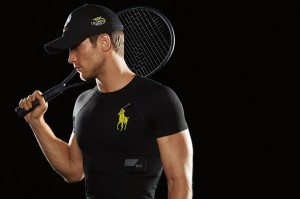 David Lauren, executive vice president of the company, believes that high-tech can be high fashion.

Since the shirt comes with no plugs and wires, it could be worn in any top-level athletic endeavours. It would be interesting to see a player’s heart rate before a match and right before the first serve of a game. Coaches could gauge performance and players could easily read their stats and performance on their phone.

David Lauren, executive vice president of the company, believes that high-tech can be high fashion.

“To demonstrate this new wearable technology on the courts is an amazing platform for people to see it tested at the highest level of performance,” Lauren said.

The compression garment comes with technology from a Canadian smartwear specialist OMsignal. It is able to gather data and run it through an algorithm which gauges a wearer’s heart rate, breathing, activity and feed the information directly to a smartphone or tablet.

The product has received initial positive reviews from New York during the annual tennis tournament but since its still in the prototyping phase, it’s not slated for release until 2015.

With wearable tech increasing, companies have been pushing their own wearable devices. They are looking to make inroads into the athletic sphere and health sector with fitness bands and devices.

Analysts feel that health care technology should be a top priority and technology companies should come forward and create more competition and better innovation in the coming months and years. With the battle heating up, Ralph Lauren hopes its smart shirt will be a winner on and off the court.