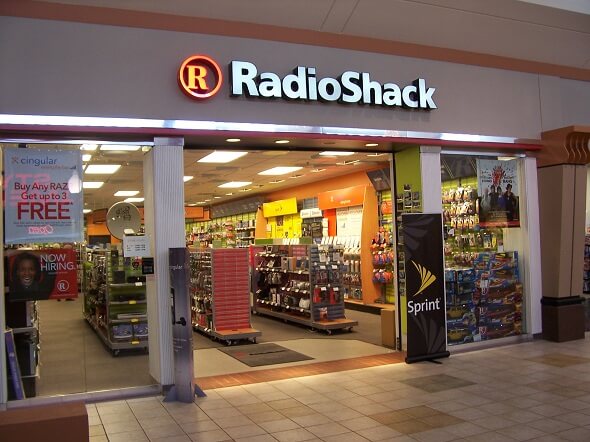 In an event that the situation deteriorates RadioShack may be compelled to record for Chapter 11 bankruptcy protection, it said.

For a considerable length of time, the brand RadioShack’s reigned in the hearts of consumers and geeks as it supplied all sorts of electronics, and its spare parts to fix or customize the gadgets. But with significant shifts in technology and retail sector, which includes fierce rivalry in the wireless business, its sales have declined.

The struggling electronics retailer, RadioShack Corp, warned on Thursday that it may need to file for Chapter 11, bankruptcy protection or even liquidation, if situation worsens.

In a disclosure of its worsening financial situation, RadioShack said in a regulatory filing that without any external solution it would not be able to fund its operations “beyond the very near term,” raising doubts about its future in business.

RadioShack said it was in talks with its lenders, bondholders, shareholders and landlords to come up with a number of probable options, including a sale, a considerable investment or a rebuilding of the organization. The company said that some form of recapitalization “may be our most likely course of action,” yet that it couldn’t guarantee such an agreement.

In an event that the situation deteriorates RadioShack may be compelled to record for Chapter 11 bankruptcy protection, it said. In a still more far-reaching step, it would be forced to liquidate.

Once a vital player in the world of technology, RadioShack started to look progressively old as the digital revolution took over the decade, and it has reported an unbroken string of quarterly losses since the start of 2012. The organization has embraced a rebuilding exertion throughout the previous year and a half, however its efforts to close stores has been constrained by its agreement with lenders.

The announcement on Thursday came as RadioShack reported its financial results of the second quarter, which ended on Aug. 2. The company said its net income fell 22 percent, to $673.8 million, from a year earlier, while its losses broadened to $137.4 million from $52.2 million.

Since Joseph C. Magnacca took over as chief executive last year, the company has been trying to revamp some of its store locations while at the same time closing others. It planned closure of 1,100 of its stores this year, but its lenders wouldn’t let the brand go forward with the plan. A bankruptcy or any form of restructuring would help the company to renegotiate such contracts.

“We are working to address our challenges head-on,” Mr. Magnacca said in an announcement on Thursday. Due to the bleak revelation, analysts and bankruptcy experts considered what might lie in store for the troubled retailer.

Lawrence Perkins, the CEO of a Los Angeles-based advisory firm known as SierraConstellation Partners LLC, said that regardless of the fact that the company were to wither sharply, its brand would likely live on in some structure, maybe under a new owner.

“You could poll any American and they’ve probably heard of RadioShack, Mr. Perkins said. “That’s worth something to someone.”