Queensland Coal Production to Increase Due to BHP Billiton 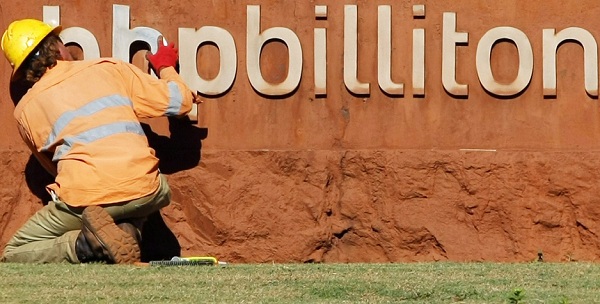 BHP Billiton, the biggest miner in the world, has shifted focus to the Queensland coal output, which it aims to increase by a rate of about 10 percent every year over the course of the following two years, leading to a possible offset of lower prices that it anticipates for the majority of its goods over the extended term.

Marius Kloppers, the chief executive of BHP Billiton, stated that the company would not be totally pleased unless they were able to manage a volume growth of roughly 10 percent or thereabouts over every one of the subsequent two years. Even though he refused to make any sort of short-term price forecast, Kloppers maintained that the long-term cost assumptions of BHP Billiton for almost all of its items are meant for mean reversion of costs with respect to longer-term pricing points that are considerable lesser than the prices seen today. He added that BHP Billiton was pursuing a 50 percent target increase in the Queensland coal output along with an increase of 50 percent in the production of the metal copper from its mine in Escondida that it runs in a cooperative venture with Rio Tinto in Brazil.

The CEO of BHP highlighted the company’s plan to increase coal production and increase expenditure regardless of a 35 percent decline in the annual earnings, referring to great prospects even though leading market, China, is cooling at the moment. The company was also eager to reiterate its commitment to the BHP project – the large scale Olympic Dam uranium and copper project – which suffered a setback only last week after the acknowledgement of its first fall in profit in a span of three years. BHP stated that the BHP project would turn out to be a significantly important mine in the years to come.

According to Kloppers, the combination of high price, high energy costs and high exchange rate being experienced by the continent of Australia for the time being happens to be a rather singular set of conditions. Kloppers holds the opinion that if even one of these variables are altered and the company is able to come up with some kind of technological breakthrough, then there is still a chance that this turns out to be a good ore body, ideal for coal production, which is going to be regarded as a central mine in time.

Kloppers declared that the firm is willing to spend $22 billion on BHP projects this year. There are almost 20 BHP projects underway which are estimated to cost a total of $22.8 billion, which is much more than the amount of money spent by the firm in the previous economic year. BHP has cut back on longer-term schemes to spend more than $80 billion over the course of five years to make certain that it was able to take advantage of the ongoing demand in Asia for resources including coal meant for use in firing power stations, as the company is involved in coal production, as well as iron ore which is used for the purpose of construction of steel frames intended for high-rise buildings.

In the previous economic year, the production of iron ore, a major contributor to profits, and coal production by BHP hit a record high. This year, BHP is expected to lift Queensland coal output by 50 percent.