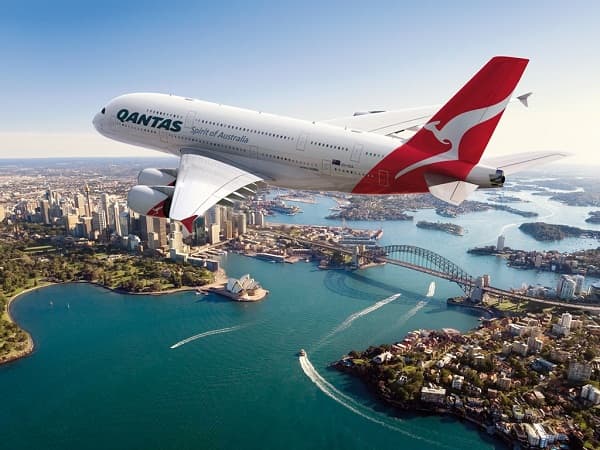 Qantas Airways Ltd. has announced that it signed a 10-year partnership deal with Emirate Airlines to boost the Australian airline’s international division. The Qantas – Emirates deal regards replacing Singapore with Dubai as the stopover point for European services of the Australian flagship carrier. Moreover officials of those two companies have informed that carriers will align ticket process and flight schedules.

The 10-year partnership between Qantas and Emirates is believed to be a new quality of alliance compared to traditional code sharing deals, where simply seats are sold on each other’s planes. Qantas Airways agreed to shift its stopover point from Singapore to Dubai. In addition, companies will also merge frequent flier programs. Qantas and Emirates will basically integrate their networks, coordinate pricing and sales and the scheduling of flights as well.

On the other hand, there will be no equity agreement on either side. Moreover Qantas Airways will not cede any valuable slots at Heathrow airports to Emirates Airlines. Yet the approval is conditional and it has to obtain an approval from regulators.

The Qantas – Emirates alliance is described as a step forward in attempts to return the Qantas’ international business to profitability by 2014, according to Alan Joyce, chief executive at the Australian flagship carrier.

Tim Clark, President at Emirates Airlines, said: “This deal will have a fairly seismic shift on the alliances.” Yet Tim Clark highlighted that the company did not change its opinion on not joining any of the three major global alliances such as Star and Oneworld. As it was stated by him, those alliances were anachronistic.  Moreover these three alliances have been loosening their ties in the past two years, while large members of those have been signing agreements on bilateral partnerships.

The possible output of the Qantas – Emirates partnership

Analysts are convinced that the Qantas – Emirates partnership could generate between A$80 million and A$90 million to Qantas’s earnings at the underlying pretax level. Alan Joyce, CEO at Qantas Airways, did not comment on those figures. The Australian flagship carrier’ underlying pretax earnings for the year to June 30 were A$95 million.

For Qantas Airways, the deal with Emirates will also probably help repair a long-haul unit plagued by increasing fuel costs as well as competition from state-back carriers such as Emirates and Etihad. The Qantas – Emirates alliance is said to help Australian carrier restructure its Asian network. According to Alan Joyce, the deal will give the company a stronger position in Asia.  In addition, the partnership is expected to be the most significant alliance that the Qantas Group has ever formed with another carrier.

On the other hand, due to the alliance with Qantas Emirates will get a better access to the lucrative corporate market in Australia, which is a target of Abu Dhabi-based Etihad.  Tim Clarke is convinced that the Qantas – Emirates alliance is a new quality in the global aviation industry and that it will be the beginning of the end of the traditional alliance agreements which dominate the industry.