Purdue Pharma bankruptcy is designed to impede more than 2,000 lawsuits against the drug company and its owner, the billionaire Sackler family.

Purdue Pharma, the drug company that made billions selling the controversial pain medication OxyContin, filed for bankruptcy in White Plains, New York on late Sunday night. The Purdue Pharma bankruptcy filing is designed to impede more than 2,000 lawsuits against Purdue and its private owners, the billionaire Sackler family.

The drugmaker has denied any wrongdoing.

“This court-supervised process is intended to, among other things, facilitate an orderly and equitable resolution of all claims against Purdue while preserving the value of Purdue’s assets for the benefit of those impacted by the opioid crisis,” the company said in a statement.

Purdue’s bankruptcy filing has angered claimants who’ve taken to social media to showcase their anger. As Monday morning rolled in, there were several thousand tweets mentioning Purdue Pharma. Most agree that the billionaire Sackler family is low-balling opioid victims. Some have even called this bankruptcy one of the most disgusting episodes of corporate moral failure.

Purdue Pharma filing bankruptcy protection in the quiet of the night is one of the biggest bunches of bullshit I’ve ever seen. Bad fu**ing people continuing to terrorize the country. Smh.

#PurduePharma I live in West Virginia ground zero of this horrible crisis caused by companies like Purdue. I can’t count how many people I know that have suffered at the hands of the Sackler family and to see them get away like nothing ever happened is infuriating. https://t.co/tSWWdNMIpQ

Purdue Pharma bankruptcy news was first reported by the Wall Street Journal. It comes after the Sackler family, reached a tentative settlement with roughly 2,000 local, state, and Native American governments that are suing the company. As a part of the settlement proposal, Purdue will provide more than $10 billion in funding to address the opioid abuse epidemic, which will include settlements with 24 state attorneys general, officials from five US territories and the multi-district litigation. 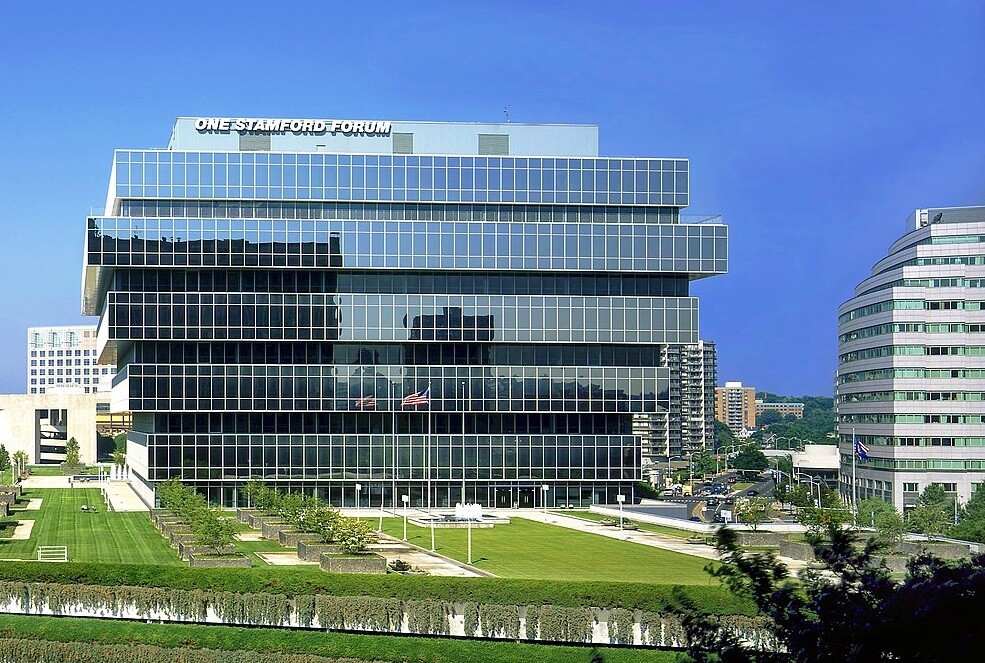 Exterior shot of One Stamford Forum in Stamford, Connecticut. The 485,000 square foot modernist building is currently the headquarters of Purdue Pharma and Aircastle Limited.

The drugmaker will be reorganized under bankruptcy as “NewCo,” which will produce medicines to receive drug overdoses and continue to develop an OTC naloxone product that they will provide at no or low costs to communities across the US.

NewCo will be overseen by a board selected by the claimants.

The board approved the Chapter 11 settlement, and Purdue bankruptcy was a part of the company’s settlement proposal.

Purdue Pharma bankruptcy is expected to be contested by a group of 26 states.

Anna Domanska
Anna Domanska is an Industry Leaders Magazine author possessing wide-range of knowledge for Business News. She is an avid reader and writer of Business and CEO Magazines and a rigorous follower of Business Leaders.
« Travel gear brand Tropicfeel wants to lighten your load on your next trip
SpaceX’s Starlink to beam high-speed internet across the southern US by 2020 »
Leave a Comment
Close