Profit of $7.3 billion posted in the third quarter by Samsung 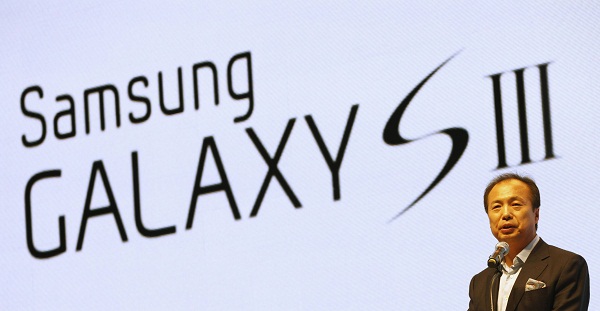 Samsung Electronics Co. posts $7.3 billion profit in the third quarter which is considered to be a quarterly record as the company almost doubles its figure reached last year. Samsung has registered this high profit out of the strong sales of its Galaxy smartphones and the high-end TVs. Samsung’s record third quarter profit came from more than the offset orders that were reduced for the screens and chips from their arch rival and biggest customer Apple Inc.

Many analysts, however, speculate that the record run would continue for four straight quarters that will end in the month of December as the largest maker of the TVs, memory chips and smart phones lifts up its marketing strategies in order to counter the new iPhone from Apple Inc. and some its other products in a crowded global market of smartphones worth nearly $200 billion. As per the estimate of Credit Suisse, the South Korean group has spent nearly $2.7 billion behind marketing during the last quarter alone at the time of the Olympic Games held in London. Samsung Electronics profit margin this year of around 28 trillion won, or $25 billion, is also expected to increase the salary of the 206,000 staff of Samsung sometime at the beginning of the next year as a mark of higher performance.

Policies for next quarters:

It is in the third quarter that Samsung posts $7.3 billion profit, but the company needs to set aside some money for the next quarter just in case it fails to overturn an appeal of $1 billion as damage for infringement of patents to Apple Inc. Samsung’s record third quarter profit will come also under pressure of holding up due to performance payments in the last quarter. Apart from these factors the Samsung Electronics profit margin will continue to swing depending on the marketing strategy of the company. Analysts are, however, speculating a fall in the Samsung Electronics profit margin towards the second quarter of the coming year owing to a slump in the demand for electronic goods, chips and computers. The continuation of Samsung’s record third quarter profit will depend on the policies of production and marketing of their goods as well as handling its employees.

As Samsung posts $7.3 billion profit mainly from the sale of its smartphones, it is most likely to face a significant threat from its arch rival Apple Inc. which is also developing utility handsets and smartphones like the NEW iPhone 5 in the near future. Since handsets are the main factors contributing to Samsung’s record third quarter profit, one small mistake in their policies could result in the negation of Samsung Electronics profit margin in the following quarters with Apple Inc. breathing heavily on their neck. Samsung Electronics profit margin has almost been doubled and accounted for nearly two thirds of the total group profit with 58 million smartphones being shipped that includes 20 million Galaxy S IIIs. Samsung’s record third quarter profit jumped by nearly 91 percent reaching 8.1 trillion won as compared to the last year thereby beating the forecast made by 16 analysts of 7.6 trillion won.