Production at Foxconn in China halted after mass brawl 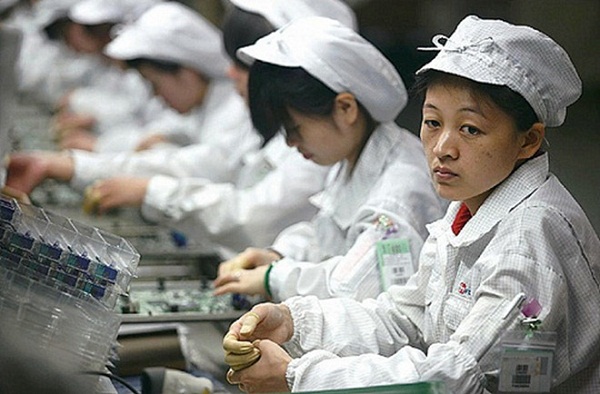 Foxconn Technology Group, a major supplier of Apple Inc., has halted the production at a plant located in northern China because of the brawl among workers. The incident involved as many as 2,000 workers of Foxconn Technology Group. A large scale incident, which forced company’s officials to suspend production at the factory, had taken place at a dormitory and approximately 40 people were injured, according to a source.

The brawl at Foxconn

Foxconn Technology Group described the brawl as a “personal dispute between several employees” that escalated to one including thousands of the company’s workers. As it has been stated by the source, about 40 people were hospitalized and some of individuals were arrested by police. Foxconn Technology Group informed that local police tackled the brawl by 3 a.m., just four hours after the fight had begun on 23rd of September.

The fight began Sunday night at a privately managed dormitory near the plant of Foxconn Technology Group in the city of Taiyuan. As it was reported, approximately 5,000 police officers were dispatched to the scene of the brawl.

In addition, the company emphasized that the brawl was not work-related. Yet some sources hold opinion the riot erupted after a security guard had hit an employee of the company. Foxconn Technology Group had been earlier accused of maintain poor conditions for its employees.

Foxconn, which is a parts supplier of Apple Inc. and other manufacturers, had been many times blamed for its labor policies. Harsh working conditions at factories such as including unsafe facilities and illegal amounts of overtime at Foxconn Technology Group were an subject of much attention from both media and institutions as series of suicides took place at company’s plants.

A report on working conditions at factories of Foxconn Technology Group, which was published in March, documented numbers of major labor-rights violations, including excessive overtime, unpaid wages and salaries that were not even enough to cover basic living expenses of workers.  The report was conducted by auditors with the Fair Labor Association. Almost 35,500 employees at factories of Foxconn Technology Group were questioned about their working and living conditions. After the auditor, which was nota bene hired by Apple Inc., published all these labor-rights violations the company decided to raise minimum pay.

Foxconn Technology Group produces iPhones and iPads for the American technology giant, Apple Inc. as well as it assembles products for, inter alia, Microsoft Corp. and Hewlett-Packard Co. The company is one of the China’s biggest employers, with roughly 1.2 million workers in plants located in Taiyuan, in Chengdu in the west and in Zhengzhou in central China.