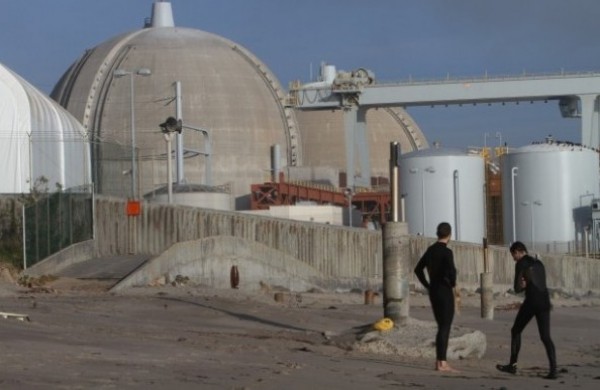 San Diego County and Southwest Riverside County would chiefly be at risk of blackouts in the event of a hot summer and if a continued shutdown of two nuclear reactors at the San Onofre Nuclear Generating Station hang around.

The probable deficit could prompt officials this summer to bring in electric generators on barges or to restart retired power plants to make up for lost electricity. Steve Berberich, president and chief executive officer of the grid operator for the majority of California’s electric transmission system said, “Safety is the top priority during ongoing inspections and testing of the nuclear power plant.”

San Diego County gets most of its power from a power line that runs east into Arizona and another that runs north, past San Onofre, into Orange County. The loss of San Onofre leaves the county with a minimal reserve if the weather is mild, but a hot-weather projection that would cause locals to crank up their air conditioners would put the county 337 megawatts in the hole, and in danger of blackouts.

Steve Berberich also said, “Our focus is contingency planning should San Onofre remain offline this summer. Fortunately, there are resource options available to help mitigate reliability risks. We are actively working with San Diego Gas & Electric, Southern California Edison and others because prudent mitigation  planning takes adequate lead time and summer heat is only a couple months away”.

South San Clemente plants Unit 3 has been shut down since Jan. 31, after station operators detected a leak in one of its steam generator tubes. Two of its steam generators have been undergoing extensive testing and inspections in order to fully assess their condition and the cause of the leak.

On January 9, 2012, Unit 2 of the same plant was taken down for planned maintenance. Neither of the two units will return to operation until the officials are satisfied it is safe to do so. Technical studies presented at Thursday’s Cal-ISO board meeting show very tight reserve margins for San Diego and the Los Angeles Basin, especially during potential summer heat waves.

The ISO peak demand is projected to reach 46,352 megawatts this summer under normal conditions, 923 more than the actual peak of 45,429 recorded in 2011, but less than the 2011 forecast under normal weather.

The decrease in the 2012 peak demand forecast is because of a conservative economic recovery prediction by Moody’s Analytics for 2012 as compared to its 2011 economic forecast.