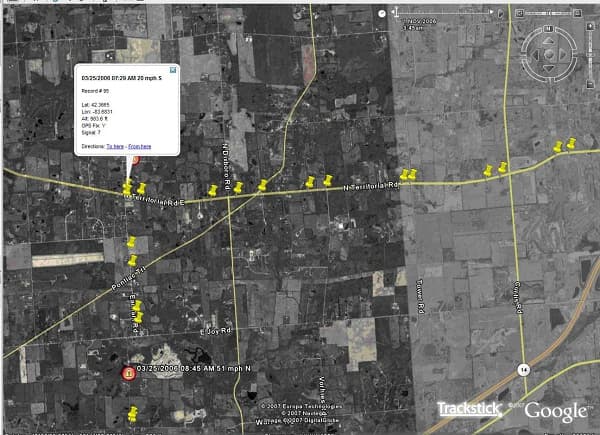 The state of California has seen upgrades in the technology of roads to provide auto insurers with the ability to monitor the driving behavior of their clients and offer reduced premiums to them. However, the move has not been received well by advocates of privacy who have dismissed it as an unnecessary amount of intrusion leading to serious results.

Insurance companies have gradually taken up the practice of installing boxes of smaller dimensions in the cars of their clients that are able to track everything from the average speed to the location where the client is heading to along with the distance which their customers drive.

Progressive Corp. happens to be one of the leading auto insurers in the market for this sort of supposed insurance which is based on usage. The company approximates that almost 70 percent of the people who decide to take part in the program drive in a manner which is good enough to warrant a discount.

However, privacy advocates state a different version altogether. They believe that lower premiums are not worth actions consumers are subjected to since the data is at risk of being made use of for unpredicted circumstances such as slapping those drivers who visit risky neighborhoods with a fine. The argument has proved to be persuasive enough to motivate the California Department of Insurance to oppose the expansion of this kind of technology. A spokeswoman for the department, Pat McConahay, stated in an e-mail that in spite of some discussions with vendors and particular insurers, the department had not made any plans for certain to support the rating factors based on usage.

Position of the State

Insurers have come face to face with a considerable amount of problem due to the opposition of Driver Tracking  from the state. Almost 10 percent of the cars present on the road in the United States happen to be in California and a hefty 13 percent of the total number of auto insurance policies in the state are written there, which imparts a crucial position to it in terms of the market for the highly divided industry.

The general manager in charge of the usage-based insurance plan at Progressive, Richard Hutchison, stated in an interview that they have been attempting to garner some sort of movement for a considerable length of time. But he believes that this may require the legislature after all as the process of modifying the rules of insurance are quite complicated in the state of California.

The only factor the state considers worth tracking is the number of miles the car has been driven by the owner which happens to be a very important factor for any sort of program based on usage but not the sole factor for the majority of them. Most programs tend to take into consideration parameters such as distances driven, starting and stopping speed, the time of the day when the car was driven etc. The state insurance commissioner has two primary concerns regarding technology which involves privacy issues along with the anxiety that insurance companies will penalize drivers due to uncontrollable factors.

Google has been at odds with the Australian Government since the latter proposed the ‘world first’ law to make tech companies pay publis...
2 hours ago