How CFOs Are Coping With The Digital Age 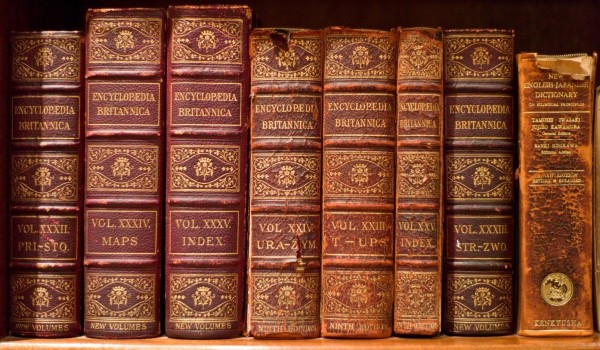 It will stop being available when the current stock runs out, the company said. But you need not worry about that. You can still look it up to its digital version online. Encyclopaedia Britannica executives say that the coolly authoritative, gold-lettered reference books that were marketed door-to-door for generations,  employed thousands of employees and sold more than 100,000 sets as recently as 1990, its best year ever, when it generated $650 million in revenue.

Within a few years, sales of Encyclopaedia Britannica began to tumble, as consumers opted for home computers bundled with CD-ROM encyclopedias over the $1,500 leather-bound sets. And of late, the rise of high-speed Internet and Wikipedia shifted reference libraries from bookshelves to online magazines and reference websites, with only a few thousand copies of the printed version trickling out each year to libraries, schools and handful homeowners.

Jorge Cauz, the president of Encyclopaedia Britannica Inc. said, “It’s a rite of passage in this new era. Some people will feel sad about it and nostalgic about it. But we have a better tool now. The Web site is continuously updated, it’s much more expansive and it has multimedia.”

Having the Encyclopaedia Britannica on the bookshelf was akin to a station wagon in the garage or a black-and-white Zenith in the den, a possession coveted for its usefulness and as a goalpost for an aspiring middle class, in the 1950s. Buying a set was often a financial stretch, and many families had to pay for it in monthly installments.

With accepting the realities of digital age and of competition from Wikipedia, Encyclopaedia Britannica will focus primarily on its online encyclopedias and educational curriculum for schools. The final print version is the 32-volume 2010 edition, which weighs 129 pounds and includes new entries on global warming and the Human Genome Project. There are about 4,000 sets left, selling for $1,395 each on the Britannica website, after which, the iconic publication will be history.

About 500,000 subscribers pay $70 per year for full online access to Encyclopaedia Britannica. Cauz says that focusing on its digital products will help Britannica compete against Wikipedia, a free encyclopedia website built and maintained by users, which went online in 2001 and dominates the digital-reference space. Wikipedia received more than 86 million U.S. visits, compared with about 455,000 for Britannica.com, during a recent week, a trend driven as much by search engine algorithms as economics.

About 30 percent of Britannica’s content is available for free through search engines. Encyclopaedia Britannica hopes to drive more traffic to its site, making the full database now accessible for a one-week free trial. Although some may bemoan the loss of the print version, Britannica’s very survival is an accomplishment following a digital revolution that spelled the end for more than a few reference publishers.