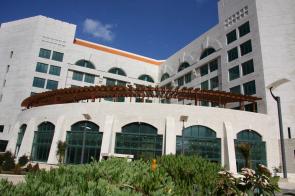 The Movenpick Hotel, an upscale, opened in Ramallah on Monday adding more to the Construction boom that’s been going on in Ramallah for quite some time now. Saudi Prince Alwaleed bin Talal, the founder and chairman of Kingdom Holding Company (KHC), owns a 33.3 percent stake in the Movenpick group of hotels. He has also been the largest individual shareholder in the Citigroup (Citibank) stocks. 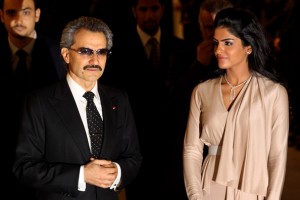 Alwaleed’s efforts to develop the economy in Palestine will now pick up momentum with this new venture. The Movenpick hotel lies 3 km, a short drive of about 15 minutes from downtown in the diplomatic Almasyoun quarter. The city center is stocked with entertainment, shopping and all the amenities that the rapidly developing city can offer. The hotel has 171 well equipped and elegant bedrooms and ten Junior Suites, eight Diplomatic Suites and two Presidential Suites where one can savor a pleasant view of the Jerusalem suburbs from the upper floors. A heated large swimming pool with a barbeque restaurant and gymnasium are also available.

With the availability of all international cuisines and my favourite Italian being the main highlight, newz Bar, Yabus Ballroom, meeting and break out rooms equipped with the latest cutting edge technology, Movenpick Ramallah is set to be the newest landmark of the city. 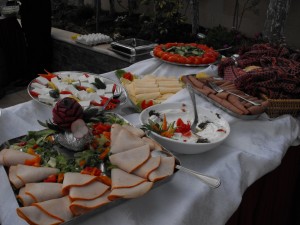 Unfortunately, just a glimspe of the food at Movenpick, Ramallah

KHC, also currently holds ownership interest in seven other Movenpick operating hotels across the Middle East, some portions of Africa and Thailand through the Kingdom Hotel Investments.

Movenpick Hotels & Resorts, an upscale hotel management company has over 12,000 employees, represented through over 90 hotels existing or under construction in 27 countries mainly focusing on its core markets in Europe, Africa, the Middle East and Asia. The international hotel group has roots in Switzerland and not resting at that they are still expanding with an objective of increasing the hotel portfolio to 100 in the near future.

With two hotel types, business and conference hotels, as well as holiday resorts, Movenpick Hotels & Resorts has clearly positioned itself in the upscale segment and stands for quality, reliability and care with a personal touch.

Prince Alwaleed, also currently  features on the Forbes 2010 World’s Billionaire List as an investor worth $19 billion.With a portfolio like that, who wouldn’t! By the way, for those of you who forget, Prince Alwaleed also shares a Michael Jackson connection one with the Kingdom Entertainment company, which apparently exists only on paper for now!