Pricing tussle of EU e-book to be won by Amazon 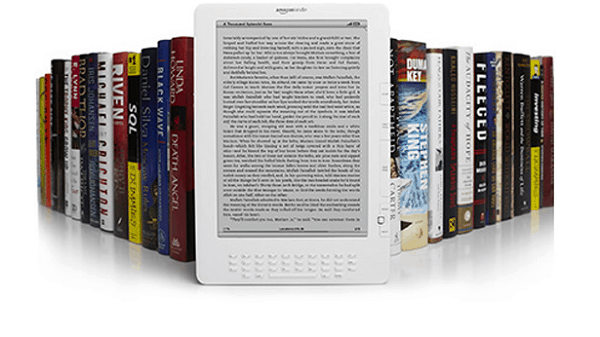 According to sources familiar with the situation, the regulators of the European Union are all set to put an end to the antitrust probe on the prices of e-books by agreeing to the offer of Apple Inc. and also other publishers in order to loosen the price restrictions set on Amazon.com Inc. This decision would boom the online retailer Amazon e-book sale and set a place for themselves in the market. Amazon’s victory over Apple will not only result in the growth of Amazon’s customers but in its revenue as well.

According to Mark Cooker who is an e-book publisher distributor working with Apple apart from being the founder of Smashwords, it is quite obvious that the long continuing court battles and uncertainty has led to most of the online retailers to back off and face a loss. Judging by the scenario, Amazon’s victory over Apple is certainly a great one even though the exact terms and conditions are not visible as yet. While a spokesman with the EU Commission suggested that their inquiry was still ongoing, no one from Apple Inc. or Amazon.com Inc. was available for a comment. It was in the month of September that Apple Inc. and some of the other publishing companies allowed retailers to set EU e-book pricing or discounts for two years. Opponents suggest that agreements that prevented Amazon e-book sale and also some other retailers from undercutting the charges of Apple led to the beginning of an inquiry by the EU commission.

The chain of events:

According to some agreements made by Apple Inc., certain publishers like Macmillan, Simon & Schuster and Lagardere SCA’s Hachette Livre were not able to make deals with retailers other than Apple Inc. to set EU e-book pricing cheaper than that of Apple Inc. The EU antitrust authority intervened and asked for suggestions and feedbacks from the rivals and the consumers regarding the matter. But they did not ask for further concessions as has been reported by some sources. The source having knowledge of the situation also revealed that the Commission would most probably accept the offer and provide its decision sometime next month. Antoine Colombani, who is a spokesman with the competition policy of the EU Commission, suggested that they had conducted a research of the market regarding the EU e-book pricing and were still continuing with their inquiry on the matter.

On the one hand, the agency model of Apple Inc. allowed the publishers to decide about price tags, but on the other hand, it demanded as much as 30 percent cut in return. However it is not certain if the regulators of the European Union would incorporate a identical condition which would prevent Amazon.com Inc. from pricing the e-books at a loss. The opinions among the publishers are divided even after Amazon’s victory over Apple on the matter. Amazon e-book sale policy might include pricing of the popular titles at a loss in order to compensate the difference on the other e-books of the publishers. This is the common Amazon e-book sale policy in the US but according to Coker this idea might not prove to be effective in Europe thereby making the situation dangerous for the publishers.