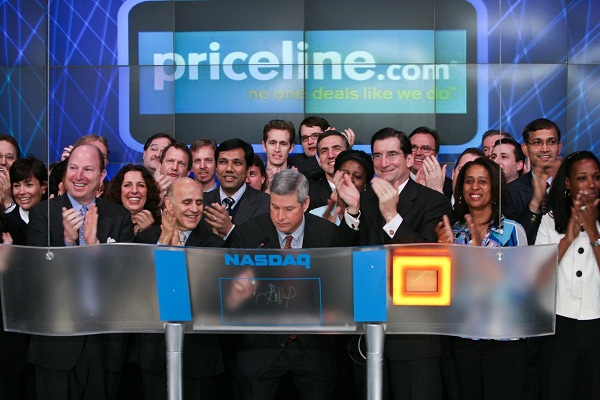 On the 8th of November, Priceline.com Inc. informed that it would acquire Kayak Software Corp. for $1.8 billion in cash and stock. The acquisition of Kayak, which is a buying price-comparison site, underlines ongoing changes in the internet travel business.

The acquisition of Kayak

Boards of Priceline.com Inc. and Kayak Software Corp. unanimously approved the $1.8 billion acquisition deal on the 8th of November. Under the terms of the deal shareholders of Kayak Software Corp., which held an initial public offering back in July, will receive $40 per share, according to a statement. It is as much as 54 percent more than Kayak Software Corp.’s IPO price. The price also represents a nearly 29 percent premium over the company’s closing price at $31 on the 8th of November. However in the after-market trade shares of the travel research site grew to approximately $39.35.

According to the statement, the acquisition of Kayak Software Corp. is a cash-and-stock deal. Priceline.com Inc. is to pay roughly $500 million in cash and approximately $1.3 billion in stock. Priceline.com Inc., the most valuable online-travel agency, has informed that Kayak is expected to continue to act autonomously as a Priceline Group company.

The acquisition of Kayak Software Corp. is the biggest deal to date for Priceline.com Inc. The US online booking site has been using acquisitions to gain new customers as the acquire-method helps the company not only to grow its sales but it  is also quite efficient when it comes to fighting with its arch rivals.

Steve Hafner, chief executive officer at Kayak Software Corp., stated that the “meta-search” company was satisfied with the offer and that it was looking forward to joining the Priceline.com Inc. On the 8th of November Kayak Software Corp. also reported its earnings. According to released data, the travel research site generated revenue of approximately $78.6 million in the third quarter, a 29 percent jump compared with the same period last year. Kayak’s net income grew roughly 14 percent to $8 million.

Even though the acquisition deal has been signed by both boards, it still requires shareholders and regulators’ approvals. The acquisition of Kayak Software Corp. is expected to close in the beginning of 2013.

Certainly both companies Priceline.com Inc. and Kayak Software Corp. have been playing a significant role in helping people shop for travels. According to data, Kayak Software Corp. itself processes as many as 100,000 queries each single month. However there is a noteworthy difference between two of these companies as on the one hand, Priceline.com Inc. is an online travel agent, and on the other hand, Kayak  Software Corp. is a buying price-comparison site. The question remains how these two services will work together and how they will be combined.

Analysts believe that Priceline.com Inc.’s acquisitions show that the company supports separate brands and specialties, but they raise a question whether Kayak will be able to continue to refer its users to other travel agents as it is owned by one. Even though Kayak is said to continue act autonomously, without a doubt the most valuable online-travel agency will have a big impact on the Kayak’s performance and operations.

Yet Norm Rose, president of Travel Tech Consulting, noted:  “For the travel industry, it’s a big deal because of all the dynamics about distribution. For the consumer, it’s not as big a deal, other than that having Priceline behind Kayak is a very strong combination. That can only lead to more innovation and more choice.”

Industry Leaders has curated details and insights on the five best electric bikes that will be available by 2022.
14 hours ago

Jeff Bezos is an American entrepreneur with so much experience in leadership and business. We can learn a lot from the New Mexico-born billionaire.
18 hours ago