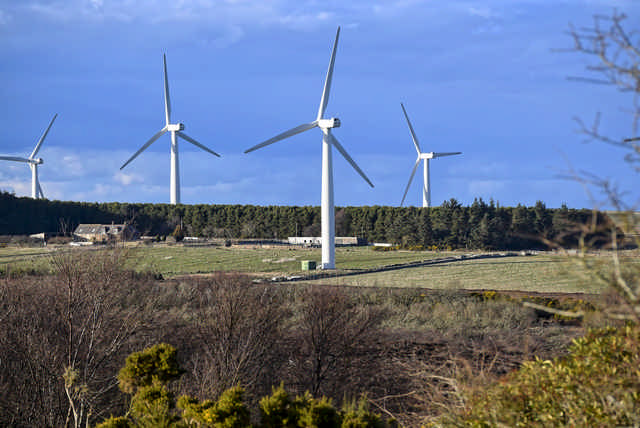 According to a new report from the U.S. Department of Energy’s Office of Energy Efficiency and Renewable Energy and Lawrence Berkeley National Laboratory (Berkeley Lab), wind energy pricing right now is at an all-time low. The prices given by wind projects to utility purchasers averaged under 2.5¢/kWh for projects negotiating contracts, triggering demand for wind energy.

The report happens to come at a time when the Obama administration released the Clean Power Plan last week that calls for the U.S.to start relying more heavily on renewable energy sources by the year 2030 — and a lot less coal.

According to the report, wind energy in the U.S. is now at 66 gigawatts of installed capacity, providing roughly 5 percent of total U.S. electricity demand. 66 gigawatts is enough electricity to power 17.5 million homes.

It’s important to note that an extension of the Production Tax Credit (PTC) and Investment Tax Credit (ITC), which covers wind projects that began by the close of 2014 helps the American wind power to make the further gains in productivity needed to achieve cost competitiveness with more traditional sources of electricity.

Of late, companies ranging from Google to Yahoo to Microsoft have been entering into power purchase agreements with wind farms to help power their data centres. Overall, wind turbines are getting taller, as well as bigger.

By 2030, the Department of Energy has envisaged the possibility of getting fully 20 percent of the U.S.’s electricity from wind. The low price has also created an increase in demand for wind energy from both individual commercial consumers and electric utility companies.