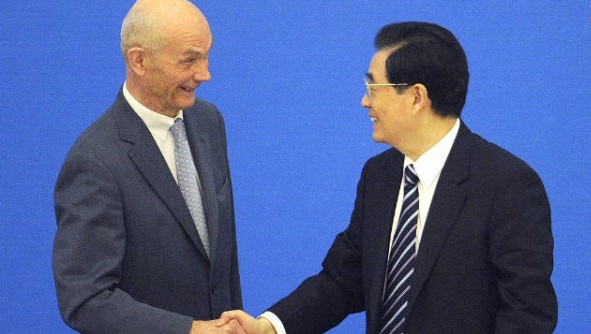 After 16 years of effort and negotiation for securing a membership in the World Trade Organization (WTO) on December 11, 2001, industry leaders in China were perhaps more worried than relieved. A few years later, those industries have not yet been extremely successful, but have done quite well. Today, China is looking forward to buy more products from overseas. President Hu Jintao said, during the tenth anniversary of China’s unification with the WTO, that the imports are expected to outshine$8 trillion in the next five years. China acquired products worth $1.39tn from overseas last year. According to the customs data Saturday, the country raised its exports by 14 percent and imports by 22 percent in November.

Active import expansion is China’s move to untie the economy and improve the trade imbalances and unsustainable elements, in spite of being the world’s largest developing nation. China has plans to expand its hold in agricultural, services and cultural industries and emphasize on contributing equal market access to all sorts of industries.

China is not deliberately chasing a trade surplus, but rather aims to reinforce its collaboration with trading partners to reduce trade imbalances. “China will continue to open its market, attracting more advanced technology from the outside and bolstering higher-valued products to become more competitive,” President Hu Jintao declared. He also insisted urban nations to allay controls on hi-tech exports. A constant source of worry with China’s trading partners is its trade surplus which narrowed to $14.5bn in November, from that of $17bn in October.

Pascal Lamy, Director-General at WTO requested China to play a more ‘proactive’ role in order to tackle the trade imbalances and the deteriorating global economic crisis. China needs to increase internal consumption to stabilize its development mode, according to Otaviano Canuto, vice president of the World Bank. Naoyuki Shinohara, deputy managing director at the International Monetary Fund said, “China should raise wages, reform its financial industry and continue to improve its exchange-rate mechanism.”

With pale expansion in Europe and America’s trade and industry, China is under high pressure to enhance its domestic consumption. President Hu Jintao believes that Beijing was serious about chasing a balance in its trade policy, and that it would bring prospects to industry leaders around the world.

China is considering the imports expansion as a vital way to improve the trade imbalance, modify the foreign trade development mode and boost global trade to enhance industry leaders. Hard work! That’s how the Chinese will promote stable international balance of payment and not intentionally engage in trade surplus.