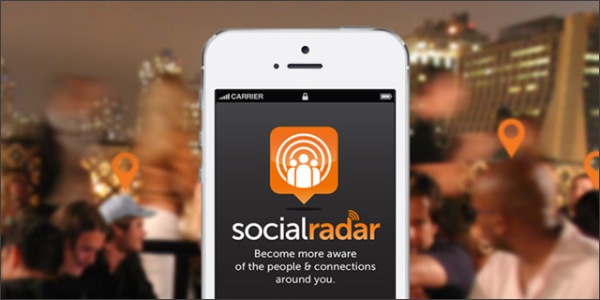 Having a lonely evening after work might soon be a thing of the past, for Michael Chasen has created SocialRadar, a matchup social networking app which allows its users to know where their friends and colleagues are, while checking their status in further social networking sites such as LinkedIn and Facebook.

Michael Chasen, founder of the educational technology company Blackboard (sold for almost $2 billion), has a new startup firm called SocialRadar, which has developed a mobile social networking app of the same name that will be launched this month. The matchup social networking app is basically a conjugation of location apps such as Fourseaquare, an app which allows its users to share their location, and social networking sites like Facebook and LinkedIn. It helps users get to know what their contacts have been up to. “We empower users to be able to walk into a crowded room or to go to an event and get real-time information on all of the people around them,” Chasen explained “bettering the change that you’ll encounter a familiar face or old friend, rather than leaving it to fate.”

With this mobile social networking app users can find out instantaneously if any of their LinkedIn or Facebook contacts are nearby. In addition, they also can search and locate people that have listed specific interests or share similar backgrounds, such as having attended the same college or sharing the same employer.

As expected, some people may have privacy concerns; however, Chasen disperse them by reassuring that the data from the social networking sites is already accessible through other programs. In addition, SocialRadar has plenty of features which allow its users to limit their presence to strangers. He elaborated that for those users that are worried about sharing too much location data or checking in, SocialRadar has a lot of built-in privacy features which let its users share information only with the public they approve, limit their location sharing to just their friends, be anonymous, or even invisible.

The mobile social networking app created by Chasen will first be available for iOS and soon will be followed by Google Glass later this month; a specific launch date has not been specified.