A smartwatch that will not just tell you time but also provide insights into the quality of living standards without pricey medical tests and visits to facilities? Yes Please! How about a smartwatch that can prove to be a boon for hypochondriacs?  Yes again! 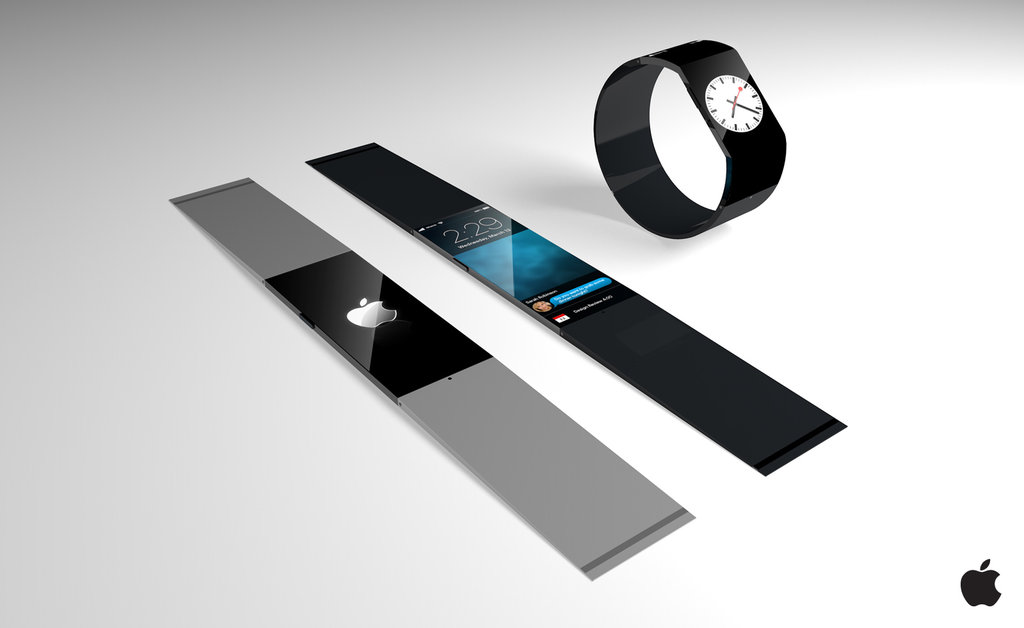 Steve Jobs in his Isaacson biography wrote that the meeting of biology and technology was going to be the next big phase of tech. The iWatch project began in late 2010, when Steve Jobs was still alive.

The standalone Apple iWatch will be peripheral device, dependent upon connectivity to a smartphone to gain full functionality. Apple is said to be focusing on user experience rather than the technology behind it. The technological capabilities of the wrist worn accessory will be much simpler and hence is not expected to be regulated by the FDA.

The smartwatch will also major in sensor technology.  Rumors stem from the patent application by Apple to deliver mood-based advertising.

Apple is also working on Healthbook app, which will track all health sensors and information such as calories burned, distance walked etc. collected through the wearable tech watch. The iWatch will communicate with this app to track and share health data for users. Healthbook will include – exercise, sleep, stress, medication adherence. The app is also likely to track women’s health and pregnancy related data.

Apple is researching to extend the devices battery life by finding alternate ways to power and lengthen through Solar and Wireless Charging. It encompasses a wireless charging technique that would cover a magnetic induction, a charging plate as well as solar-charging layer on the screen to power the truly viable device in daylight. Another possible alternative would be Generating and pushing power to the device through a tiny charging station while walking when a person’s arms are, a patent Apple had filed in 2009. 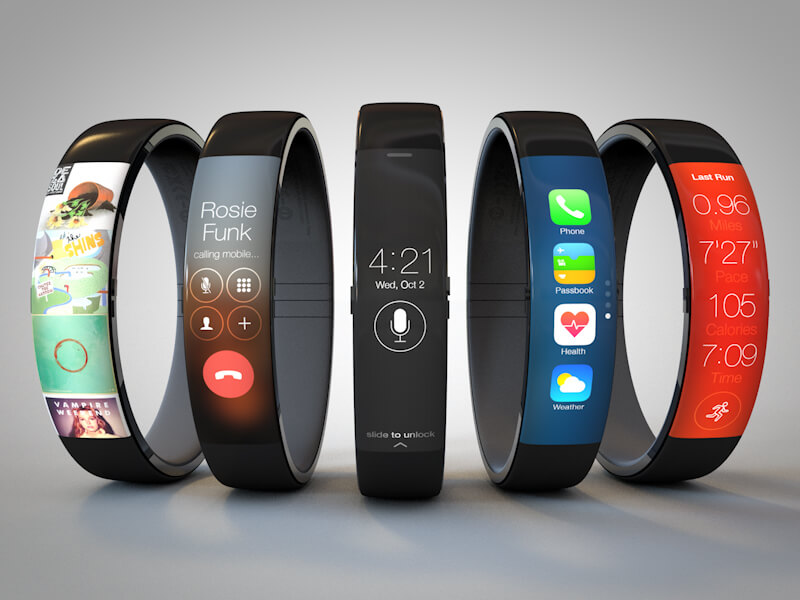 Rumor has it, that the watch will have a curved screen similar to the concept image created by Todd Hamilton above.

In 2013, Apple went on a hiring spree for its much rumored iWatch. The so-called iWatch team of 200 professionals is a mixture of high-profile experts from various fields, including doctors, scientists, fashion experts, fitness gurus and engineers with backgrounds in medical devices.

The watch will approximately cost around $300 and is scheduled for launch in late 2014. A Morgan Stanley analyst predicts the iWatch making $17.8 billion in the first year sales for Apple.