The most successful investor of the 20th century, Warren Buffett vowed to spend double the current outlay of Berkshire Hathaway Inc. on wind and solar power in the U.S yesterday.

At the Edison Electric Institute’s annual convention in Las Vegas yesterday, Buffett not aware of how much they has committed earlier, briefly stopped to enquire a deputy, Greg Abel, before responding, “There’s another $15 billion ready to go, as far as I’m concerned”, further tallying the bets to a total of $30 billion into renewable energy.

Unsurprising it is for the Wall Street, that has gotten used to bold remarks from the Berkshire chairman and chief executive officer, who frequently talks about hunting for “elephant”-size acquisitions and making multi-billion-dollar stock purchases. 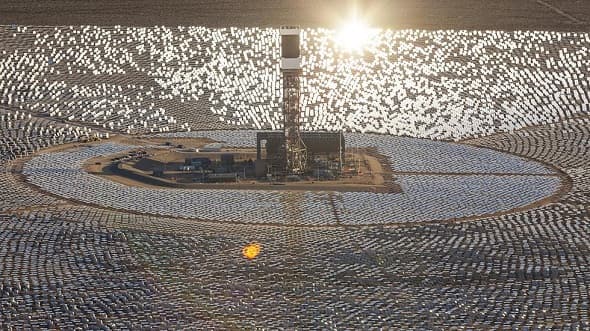 Putting Money where his Mouth is

The investments can lead to gigantic implications in Iowa, where Berkshire Hathaway Energy subsidiary, MidAmerican Energy, will be investing around $5.8 billion into wind energy on completion of a $2 billion expansion in 2015.

The latest project is said bring an increase in 40% of the company’s total energy portfolio, said Adam Wright, MidAmerican’s vice president of wind generation and development at a White House panel on climate change last month in Des Moines.

Earlier this month, the U.S. Environmental Protection Agency proposed that states be required to cut back carbon emissions by 30 percent by 2030, which was widely applauded by Nations across the globe.

Berkshire has been able to pump so much into renewable energy is because it can use tax credits to offset profit at other businesses, said Greg Abel, 52-year-old CEO of Berkshire Hathaway Energy in a Bloomberg Report.

“It is encouraging that he wants to invest because as an industry we have a strong need for capital,” Nick Akins, CEO of American Electric Power Co., said on Buffett’s remarks on renewable.

American Electric Power is a partner with Berkshire in Electric Transmission Texas, a JV that builds and operates power lines carrying electricity from Texas’s windy plains to the cities.

While spend $30 billion on renewable-energy projects would have been unheard of two decades ago at Berkshire, Buffett is signaling that the returns are quite attractive, said Jeff Mathews, a shareholders and author of books about the company. “If he says it, he means it,” said Matthews. “The whole complexion of the company has changed.”

The Tesla Cyberturck left many disappointed with its alien space ship-like design; though both trucks are still under production, what matters most is what comes under the hood.
15 hours ago