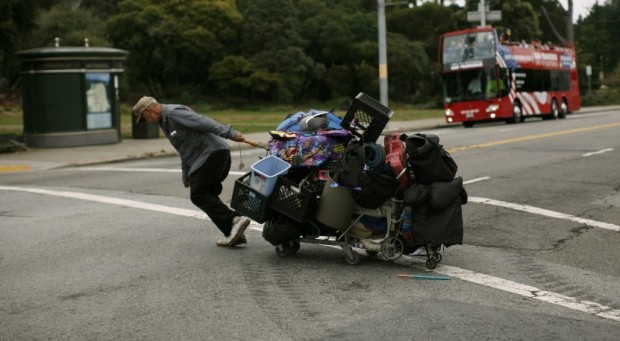 Household incomes among Americans have fallen sharply, accompanied by a rise in the number of people living below the poverty line to 46.2 million, the highest in over 50 years, according to income and poverty figures released by the U.S Census Bureau yesterday.

The poverty rate is the highest recorded over the 52 years that the Census Bureau has been publishing U.S economic data, while the low median household income level reported yesterday is comparable to levels last seen in 1997.

These figures add more distress to the already disappointing economic figures released by the U.S Department of Commerce and the Labour Department about the decline in consumer spending and high unemployment levels – which are at their highest this year.

The worst hit states are Louisiana and Mississippi, with 21.6% and 22.7% people living below the poverty line, while Connecticut with a below poverty line population of 8.3% is the best off among all the states.

These lower income and higher poverty levels are also reflected in a growing trend of “doubled-up” households, which the report defines as households that include at least one “additional” person who is 18 or older, not enrolled in school, not the house owner and not the spouse or partner of the house owner.

According to yesterday’s Census Board report, the total number of doubled-up households recorded in spring 2007, prior to the recession, was at around 19.7 million. In comparison, by spring 2011 this number had risen by 2.0 million to 21.8 million.

This change is reflective of the 5.9 million young adults, aged 25 – 34 (14.2 percent), living with their parents’ households, as compared to 4.7 million (11.8 percent) that was recorded before the recession.

The Census Bureau report comes soon after President Obama’s efforts to try to pass a jobs bill with his proposed package of $447 billion in tax cuts and spending towards reviving job growth and economic recovery.

How this grim economic situation is handled and the way poverty and income numbers progress is likely to have a significant impact on President Obama’s 2012 re-election campaign.

The Jobs plan being proposed by Obama includes a payroll tax holiday for workers and employers, tax credits for employers who hire long-term unemployed workers and an extension of unemployment benefits.

Katharine Abraham, a member of the White House Council of Economic Advisers said in a statement, “It’s a good package. If it is not enacted, there could be people who experience significant problems.”

The job-creation policies being put forth by the president are being set up so as to take effect as soon as Congress passes the bill, paired with tax increases, mostly on the top 2 percent of households that make more than $250,000 a year, starting in 2013.

It is this last part of Obama’s plan however, that is already facing a lot of disagreement from the Republicans, with House majority leader, Eric Cantor, voicing his discontent with a plan that will tax “job creators” and Senate minority leader, Mitch McConnell, saying that the tax proposals were dead on arrival.

Christy Gren
Christy Gren is an Industry Specialist Reporter at Industry Leaders Magazine she enjoys writing about Unicorns, Silicon Valley, Startups, Business Leaders and Innovators. Her articles provide an insight about the Power Players in the field of Technology, Auto, Manufacturing, and F&B.
« How has Google Managed to be a Carbon Neutral Company since 2007?
U.K Scientists’ Experiment to Combat Climate Change with Fake Volcano »
Leave a Comment
Close