Fletcher Building in Progress: Aided by TCS and Google Cloud 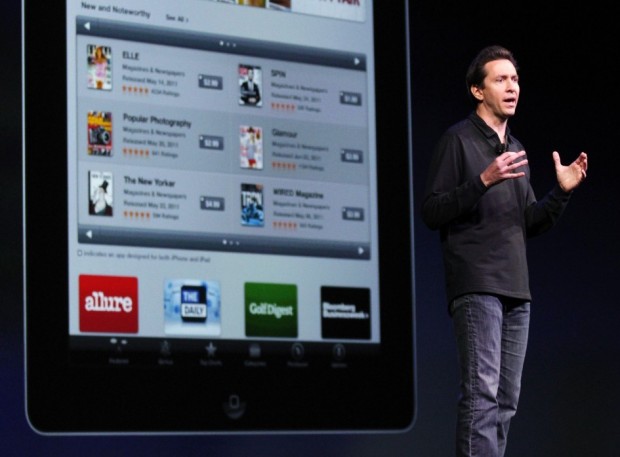 Explaining the central theme of his presentation at Apple’s Worldwide Developers Conference (WWDC) yesterday, Scott Forstall, senior vice president of the iPhone Software at Apple said “”We have a lot of customers coming to us and saying ‘I want to buy an iPad as my only device’…And that’s exactly what we’re going to support in iOS 5″.

The iOS5 and iCloud are being touted as some of the most significant developments to-date towards the world to being PC-free, which would also mean Mac-free (though Apple refrains from any reference to the Mac becoming obsolete in those many words).

The over-arching goal of Apple’s newly introduced products being to further decrease consumer loyalty towards Microsoft’s Windows operating system and HP’s dominance in the PC market, the iCloud has been put forth as essentially a common hard drive, which stores and synchronizes all your data and can be accessed by all Apple gadgets.

The iOS5 is a considerably updated version of the iOS, in response to the popularity of Google’s Android and according to Forstall’s presentation at the WWDC, Apple carefully studied all the reasons people go back to computers and thought “let’s add that functionality right to iOS… You used to go back to a computer to create calendars or delete calendars. You can create and delete calendars right from iOS… [and] photo editing functionality right from iOS”.

The PC industry has already been hit quite badly, with consumers having bought an estimated 25 million iPads. This damage is likely to only be further enhanced by the iCloud service, which makes owning an iPhone, iPod Touch and iPad that much more attractive.

All-inclusive, Apple said during their presentation yesterday that they had sold 200 million devices that run on the iOS, including the iPhone, iPad and iPod Touch, adding that at present Apple’s App Store has more than 425,000 applications that work with iOS.

Race to the Cloud

While promising “to move the hub of your digital life to the cloud”, Jobs also warned competitors, “If you don’t think we’re serious about this, you’re wrong,” in full recognition of the fact that Apple would be competing with Google and Amazon, two software giants in their own rights, in trying to establish the most coveted cloud service.

Jobs displayed pictures of the recently completed $1 billion data center in North Carolina, demonstrative of just how seriously Apple is trying to build its iCloud service.

Amazon.com, the world’s biggest online retailer already offers its own cloud service; in fact it was this service which was considered as having been used by anonymous hackers in the attack on Sony’s PlayStation Network.

Google, with its Android OS that works on rival smartphones, also has its own cloud service.

The advantage Apple has, though, is that its iOS devices are already quite popular, and with the company’s new cloud service being accessible only for these devices, the iCloud is also likely to significantly increase customer loyalty towards Apple’s gadgets and services.

To be made available for download free of cost, along with the release of the new version of iOS this fall, iCloud will include 5 GB free storage for users’ files, plus unlimited room for purchased apps and books, and recent photos.